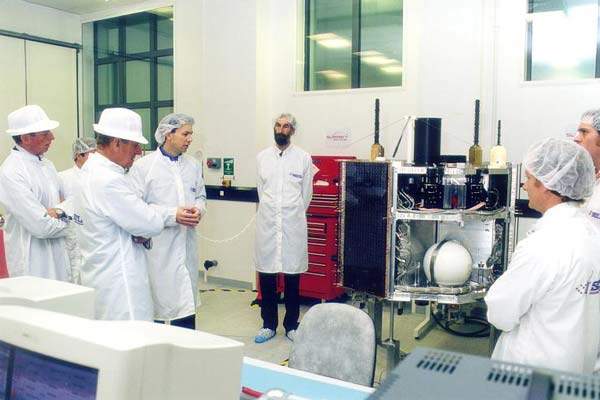 Surrey Satellite Technology (SSTL) is based at the Surrey Space Centre, which is linked to the University of Surrey. 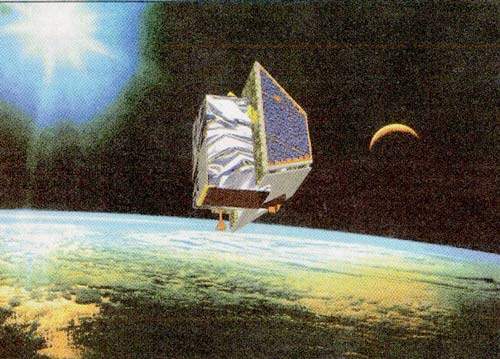 The Topsat device will be mounted on a SSTL spacecraft. 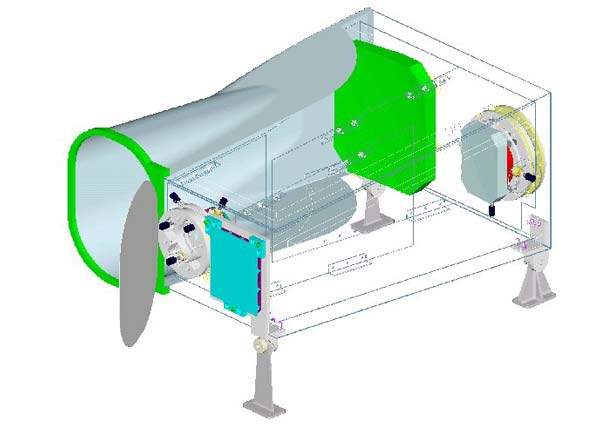 Topsat will use an innovative, compact optical system providing 2.5m resolution panchromatic and 5m multi-spectral imagery over a wide swath, together with a downlink direct to local users. 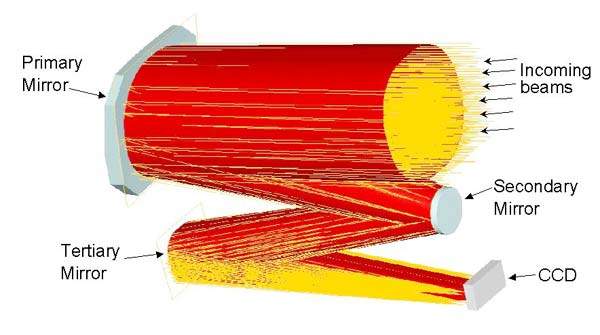 Diagram of the Topsat device.

Micro Satellite Applications in Collaboration, is the name given to the BNSC small satellite programme, which was announced in December 1999 with $20.6m support by BNSC. The purpose of this support is to co-fund initial demonstration missions in partnership with UK companies and users, and to stimulate the development of key small satellite technologies and payloads.

“The key objective of Mosaic is to ensure full commercial and user exploitation of the UK small satellite capability.”

Gemini is a proposal led by Surrey Satellite Technology Ltd to develop a low-cost small geostationary communications satellite to support a diverse range of services such as telephone, television and radio. SSTL’s approach to cost effective solutions is to employ COTS technologies. It is envisaged that these technologies will provide a modest number of channels for a range of services traditionally accommodated by satellites but at a significantly lower entry price for a developing nation. It is hoped that this demonstration mission will open up a brand new and commercially attractive export market for this system and for its UK supply chain.

This is a mission led by DERA to provide relatively high-resolution imagery direct to the local user from a low-cost small satellite. The mission consists of an advanced optical camera, able to form images of the earth at 2.5m resolution, integrated with a micro-satellite that is capable of delivery of this imagery direct to a mobile ground station. The mission has been made possible through the collaborative efforts of DERA, SSTL, RAL and NRSC and makes good use of the UK’s world-class capability in small satellites and space missions.

Topsat uses a low-mass telescope mounted on a proven low-cost microsatellite platform. Image data can be downloaded to a mobile ground station, positioned locally, then delivered directly to the user. The Topsat camera packs the long focal length and large optical aperture required for 2.5m imagery into a novel, compact, three-mirror off-axis design. Alignment and focus are maintained by the high thermal stability of the monocoque construction, fabricated in low-mass carbon fibre-reinforced plastic composite materials. To maximise coverage and sensitivity whilst minimising size and mass, push-broom imaging with a linear CCD is used.

TopSat was launched into space in October 2005 from the Plesetsk cosmodrome located in northern Russia. The programme is being prepared for future projects such as RapidEye.

The third successful project is for a disaster monitoring constellation (DMC) sponsored by SSTL. Every year natural and man-made disasters cause devastation around the world through loss of life, widespread human suffering and huge economic losses. Current earth observation satellites offer infrequent images and often delivery of critical images may take months due to periodic cloud cover and tasking conflict.

“The UK has a world-leading capability in small satellites.”

They are also very expensive and designed to be general-purpose instruments to meet many wide-ranging user requirements with spectral imaging characteristics that are not ideally suited to disaster monitoring functions. SSTL and its partners propose a network of micro-satellites providing imaging on a daily basis as an affordable solution to the problem of disaster assessment and monitoring from space.

In July 2009, SSTL successfully launched two enhanced DMC satellites, UK-DMC2 and Deimos-1. The satellites were launched aboard a Dnepr rocket from the Baikonur Cosmodrome in Kazakhstan. UK-DMC2 and Deimos-1 will increase the DMC imaging capacity by 20 times and also provide 20m optical imagery resolution at the standard DMC 650km swath width. The satellites will also double the number of pixels a hectare.