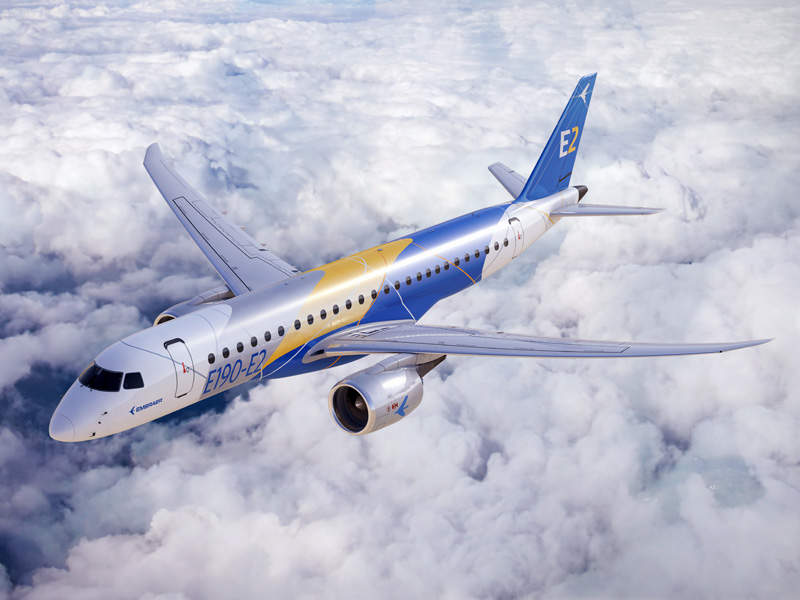 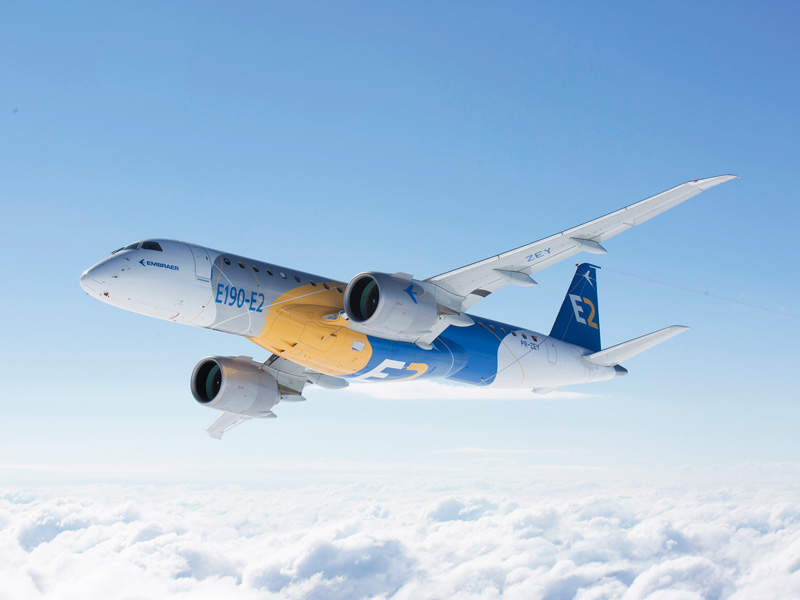 The aircraft’s maiden flight was completed in May 2016. Credit: Embraer. 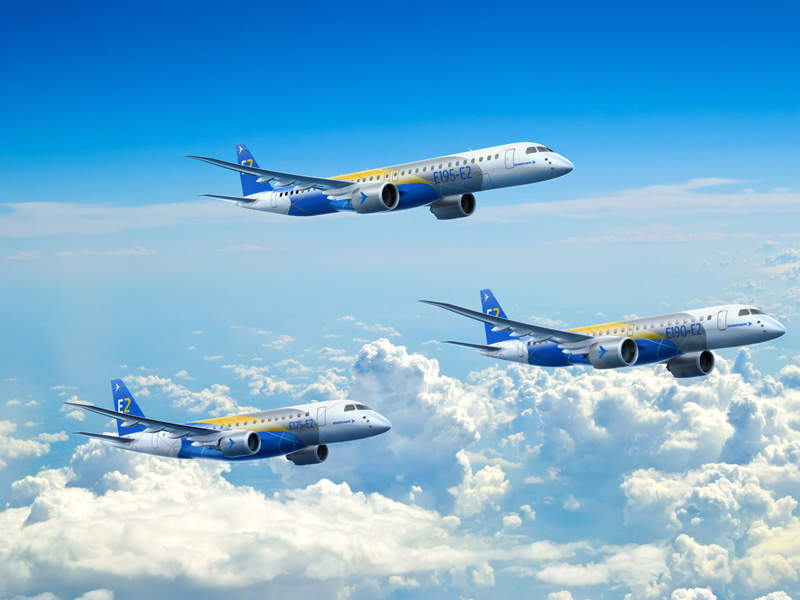 E-190E2 aircraft is the first of three new second-generation E-Jet models, which will enter service by 2018. Credit: Embraer.

E-190E2 is the first of three new second-generation E-Jet models developed by Embraer. The first prototype of the E-190E2 aircraft made its public debut at Brazil’s São José dos Campos facility in February 2016.

The first flight of the aircraft was completed in May 2016. It flew for three hours and 20 minutes to initiate the commencement of the certification campaign for the model. The aircraft is expected to enter commercial service by 2018.

“The company is estimated to have invested $1.7bn for the development of the three aircraft.”

The other two models in the E-Jet series include E195-E2 and E175-E2, which are scheduled to enter service by 2019 and 2020, respectively. The development of the E2 aircraft series was launched by Embraer at the Paris Air Show in June 2013. The company is estimated to have invested $1.7bn for the development of the three aircraft.

The E-190E2 aircraft is designed to have maximum fuel efficiency. It includes closed-loop configuration, which reduces aircraft drag and weight. The aircraft comes with high-aspect ratio wings with swept tips attached with redesigned pylons, and other aerodynamic improvements.

The aircraft’s external dimensions include a length of 36.2m, height of 11m and wingspan of 33.7m.

Cockpit and avionics of the E-190E2 business jet

The E190-E2 has the same number of seats as the current-generation E190, and can be configured with 97 seats in dual-class or 106 seats in a single-class layout. The first-class layout features a two-plus-one concept, whereas the economy-class comes with a two-plus-two configuration.

The economy-class features 12in seat-back screens and upper literature pockets to maximise legroom. The first-class features increased leg space with a maximum seat width of 23in. The cabin interior features the use of contemporary materials, quality fabrics and glass partitions.

The cabin features new overhead bins for baggage. The bin doors are coupled with dramatic ceiling illumination to create a sense of height and space above the aisle. It includes personal storage units for both economy and first-class configurations.

The aircraft is powered by a PW1900G PurePower® geared turbofan (GTF) engine manufactured by Pratt & Whitney. The engine features a very high bypass fan with a 73in diameter and weight of 3.19kg.