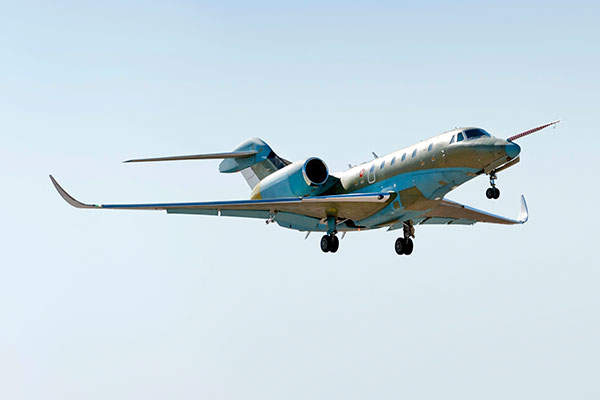 The Cessna Citation X+ business jet is an advanced variant of the Citation X (Model 750) aircraft. 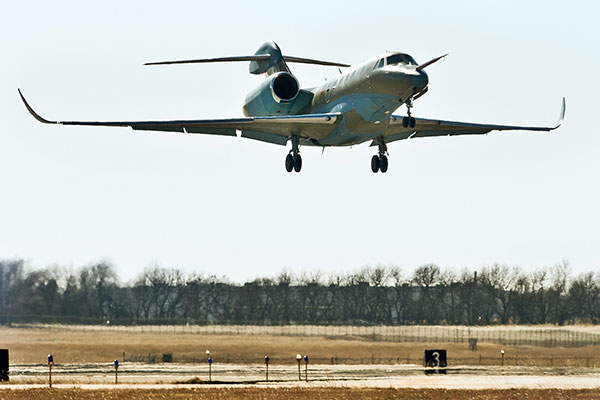 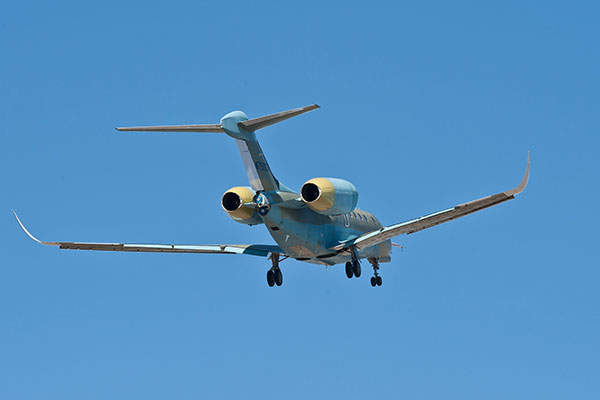 A rear view of the Cessna Citation X+ business jet.

Citation X+ is a mid-size business jet developed by Cessna Aircraft, a Textron company. It is an upgraded version of the Citation X (Model 750) aircraft. The aircraft is designed to transport up to 12 passengers and two pilots.

The Citation TEN development project was announced at the National Business Aviation Association (NBAA) 2010 convention. The maiden flight of the first prototype was successfully completed in January 2012. The US Federal Aviation Administration (FAA) type certification was awarded in June 2014. Deliveries began in the same month of that year.

Citation X+ became the fastest civil aircraft in the world when it attained a maximum speed of Mach 0.935 (712mph) during a flight test in August 2012.

“Citation X+ is designed to outperform its predecessor in terms of speed and range.”

Citation X+ is designed to outperform its predecessor in terms of speed and range. It incorporates a sweptback wing design. The circular fuselage section is attached with a highly swept wing and tail assembly integrating a highly swept T-tail with a moving horizontal stabiliser and elevators.

The nose section is equipped with a contoured radome and electrically heated windshields. The wing integrates fuselage attachment points, while the fuel is stored in two wing tanks and one centre tank.

The synthetic vision technology (SVT) on board the flight deck displays three-dimensional views of runways, terrains and obstacles on the primary flight displays.

Also included in the SVT is a flight path indicator, which provides increased situational awareness during approaches.

The cabin of Citation X+ has a length of 7.67m, continuous width of 1.68m and height of 1.73m. Divided from the flight deck by sliding cockpit doors, the cabin extends until the mid-pressure bulkhead. In addition, the extended cabin offers extra passenger legroom in the forward club seating area.

The cabin is fitted with 13 electrically tinted oval-shaped windows. Each passenger is provided with a dropdown oxygen mask, individual air outlets and LED task light. The cabin also offers stowage spaces and closets to accommodate briefcases, hand baggage and laptop bags. The passenger seats are provided with a seat belt and shoulder harness belt.

In the aft lavatory, there is a toilet, vanity sink and storage compartments. The lighting scheme of the cabin consists of general LED lighting, dropped aisle LED lighting, and entry and emergency exit lights. Customers can select the interior styling according to their own needs.

The Clairity cabin technology solution on board the Citation X+ offers a touchscreen-based digital entertainment system for passengers. Passengers can connect their personal devices to the panel fitted on either side of the seat. The on-board galley offers food and beverage services.

A 2.04m³ (72ftm³) pressurised and heated baggage section is located in the aft fuselage. The compartment is accessible through a door on the left-hand side of the fuselage. The aircraft also offers an additional 0.28m³ (9.8ft³) utility cargo area for the storage of cargo such as skis.

Capable of flying at a maximum altitude of 51,000ft, the Citation X+ can fly at a maximum cruise speed of the aircraft is 977km/h. Its maximum range is 6,008km.

Cessna says that the Citation X (also known as the model 750) is currently the fastest civilian aircraft, with an ability to cruise just under the sound barrier at Mach 0.92.

Citation Latitude is a new light business jet designed by Cessna. It is a low wing aircraft with retractable tricycle landing gear and cruciform tail.