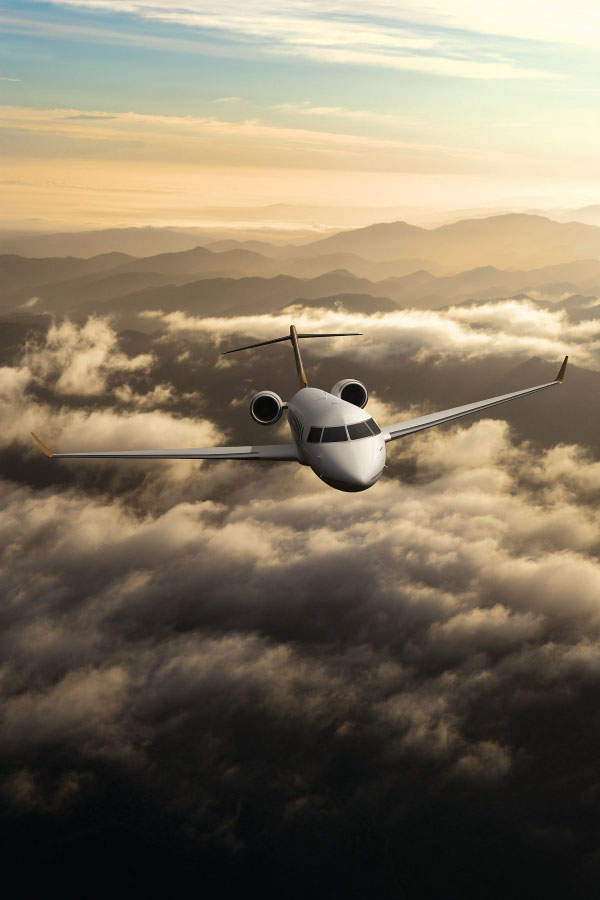 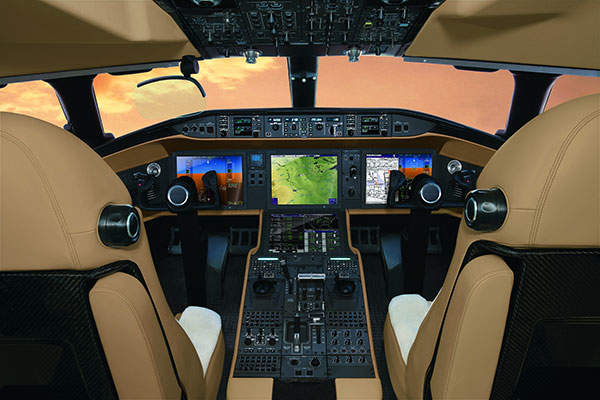 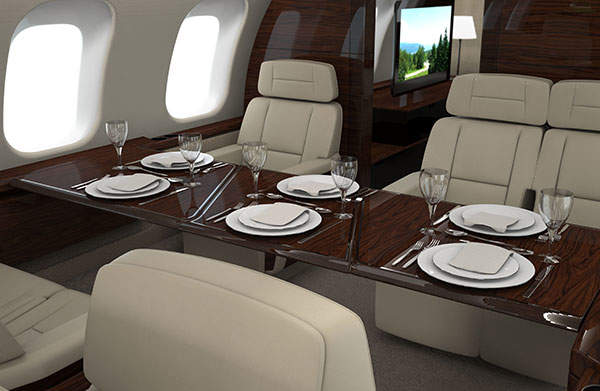 The interior of the Global 8000 aircraft cabin. Image courtesy of Bombardier / BBA Press. 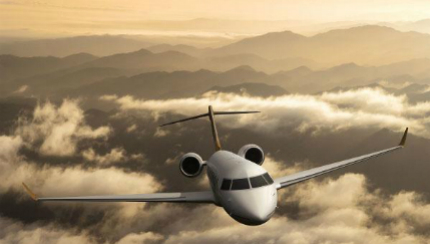 Global 8000 is an ultra long-range high-speed business aircraft being developed by Bombardier Aerospace and is expected to enter service in 2017.

"Final assembly of the aircraft began in September 2011 at Bombardier’s Toronto manufacturing site in Canada."

Meggitt was awarded a contract to provide fire protection systems for the Global 8000 aircraft in March 2012. GKN Aerospace is providing composite winglets and ailerons for the aircraft under a contract awarded in August 2012. The winglets are being produced at GKN’s production centre in Isle of Wight, UK; while the ailerons are being produced at GKN’s facility in Munich, Germany.

In December 2012, Mecachrome was awarded a contract to deliver keel beam for the Global 8000 aircraft. The keel beam will be manufactured at the company’s Mirabel facility. It will be delivered to Aerolia, which is responsible for installing them on the fuselage of the aircraft.

In March 2011, NetJets ordered 50 Global business aircraft under a $2.8bn contract. The contract includes 20 firm orders for the Global 7000 and Global 8000 aircraft. Deliveries are scheduled to start in 2017.

Bombardier received an order for one Global 8000 aircraft from an unnamed customer in September 2012.

In November 2012, VistaJet ordered six Global 8000 jets under a $7.8bn contract for the Global aircraft line.

The Global 800 aircraft has been designed to deliver superior levels of performance, flexibility, and comfort. It is being developed along with the Global 7000 aircraft. The length of the aircraft is 30.97m, overall height is 8.14m and wingspan is 31.79m.

The aircraft will have a large cabin with a volume of 2,236ft³

In addition, the aircraft will be equipped with graphical flight planning and weather radar, including windshear detection. It will also feature the latest performance based navigation features, such as wide area augmentation system (WAAS), localiser performance with vertical guidance (LPV) approach and area navigation (RNAV).

The aircraft will have a large cabin with a volume of 2,236ft³. The cabin is 15.42m long, 2.49m wide and 1.91m high. It will be divided into three zones and will accommodate up to 19 passengers and two to four crew members. New broad windows will allow maximum natural light into the cabin.

The three cabin zones have been designed to provide customers with more flexibility and choice when defining the floor plan. An advanced cabin management system will provide convenience, comfort and control.

Global 7000 is a high speed business jet being developed by Bombardier Aerospace. It is expected to enter service in 2016.

Global 8000 will be powered by next-generation GE Passport thrust engines, which provide 73.4kN of thrust at takeoff. The engines will produce less NOx emissions and require around 8% less fuel burn.

The take-off and landing distances are 5,800ft and 2,810ft respectively. The maximum payload that can be carried is 2,585kg and the maximum fuel payload is 8,171kg.