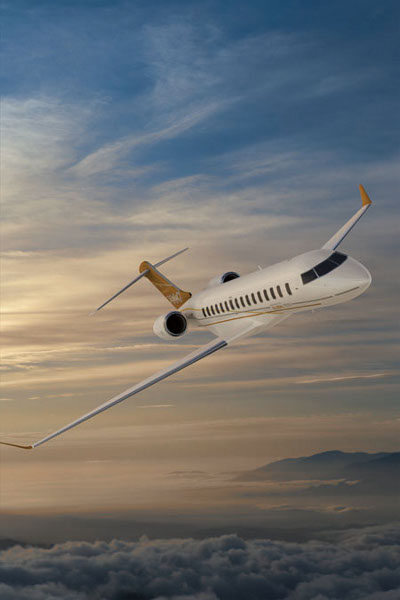 GE Aviation has confirmed the architectural design of its 16,500lb thrust GE Passport 20 engine for the Bombardier Global 7000 and Global 8000 series aircraft, leading to the detailed design phase.

GE Aviation Business and General Aviation organization vice president and general manager Brad Mottier said that with the engine architecture in place, the team was now focused on moving the Passport engine from CAD drawings to development assembly.

"The Passport engine will incorporate advanced technologies and materials to provide 8% lower specific fuel consumption than engines in its class, margin to emissions and noise regulations and world-class reliability and support," Mottier added.

Following confirmation of the design, the company is now planning to begin component fabrication, leading up to the start of assembly of the first full engine by the end of this year.

“The Passport engine will incorporate advanced technologies and materials to provide 8% lower specific fuel consumption than engines in its class, margin to emissions and noise regulations and world-class reliability and support.”

After the completion of testing, which includes blade-out, icing and aeromechanic tests on rigs at its Ohio facility, the new engine is expected to attain certification in 2015 and may enter into service in 2016.

The Passport engine incorporates a composite fan case that will reduce weight; it also features a 52in diameter fan bladed disk, which will decrease cabin noise and vibration, as well as the company’s eCore suite to cut emissions and enhance fuel efficiency.

According to GE, Passport’s integrated propulsion system developed by Nexcelle, will offer aerodynamic gains and through its outward opening clamshell, upper and lower cowl doors, the engine will provide easy maintenance access and high dispatch availability.

Since the launch of the engine in 2010, GE has conducted verification tests of its fan blisk design and other parts on two eCore demonstrators, accumulating 150 hours, and is planning to conduct the next eCore demonstrator next year.