X
Advertise with us
admin 7 October 2012 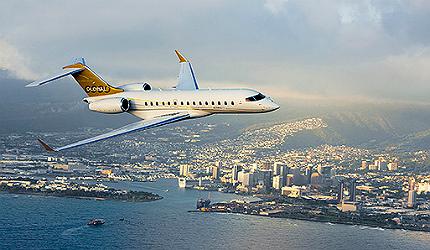 Bombardier has selected CAE for the design and manufacture of engineering development simulators for its Global 7000 and Global 8000 aircraft programme.

Under the agreement, CAE will provide an engineering development simulator, host computer system and interface with the integrated system test and certification rig (ISTCR) and high lift system test rig (HLSTR), which will be used for testing in a hardware-in-the-loop environment to support systems development, systems validation and verification, flight safety and certification.

The Global 7000 and Global 8000 jet programme is a part of Bombardier’s integrated system test and certification rig.

“The ability to test and integrate various aircraft components in a virtual environment can help identify potential issues further ahead in the development."

Recently, the airplane manufacturer received orders of $1.15bn for its Global 6000 and Global 8000 business jets from undisclosed customers.

"The ability to test and integrate various aircraft components in a virtual environment can help identify potential issues further ahead in the development," Sabbagh said.

The CAE Augmented Engineering Environment is a modelling and simulation environment that enables original equipment manufacturers (OEMs) to evaluate, test, and validate unique aircraft and systems during the development stage.

CAE is expected to deliver the engineering development simulator and Augmented Engineering Environment in 2016 and complement design and support services throughout the development phase of the programme.