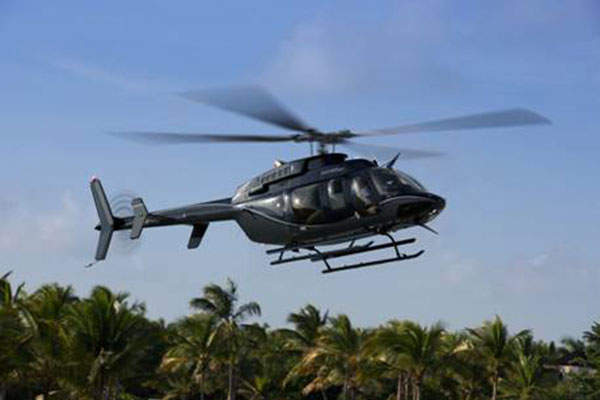 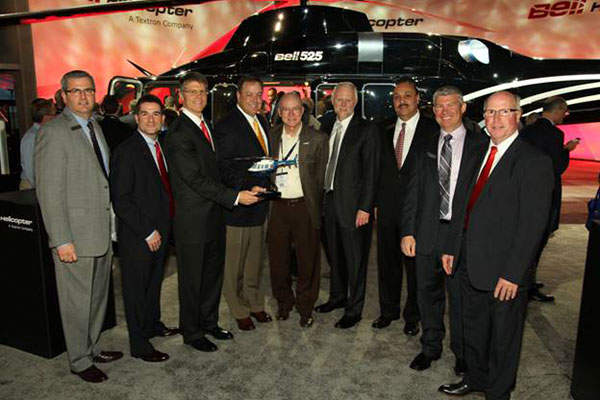 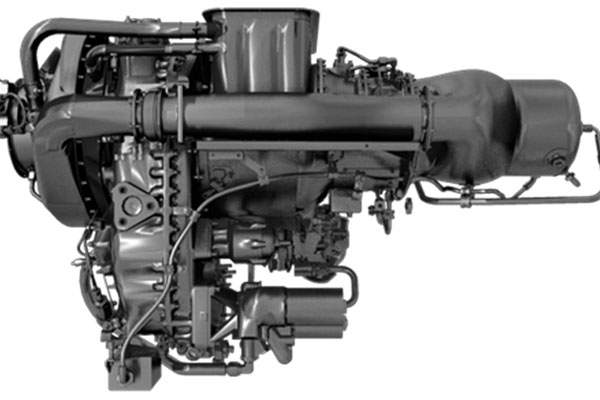 Bell 407GXP is a multi-role utility helicopter developed by Bell Helicopter, a subsidiary of Textron. It is an improved variant of the Bell 407GX helicopter.

The Bell 407GXP helicopter was unveiled for the first time at Heli-Expo 2015 held in Orlando, Florida, US. Bell Helicopter signed an agreement with Air Methods Corporation for the delivery of 200 Bell 407GXPs in helicopter emergency medical services (HEMS) configuration in March 2015.

Saran Aviation placed an order with Bell Helicopter for a Bell 407GXP helicopter in May 2015. The helicopter will be delivered in corporate and VIP-transport configuration.

The Bell 407GXP offers high-performance and manoeuvrability, as well as the flexibility to adapt different cabin configurations suitable for a range of missions and payloads.

Airbus Helicopters presented its new H160 medium-class rotorcraft at the Heli Expo tradeshow in Orlando, Florida, US, in March 2015.

The Bell 407GXP is a high-power derivative of the Bell 407GX. The improved helicopter incorporates a new engine and offers more payload capacity than its predecessor.

The fuselage constitutes forward, mid and tailboom sections. The forward fuselage is constructed of aluminium honeycomb and carbon graphite, while the semi-monocoque mid-structure is formed of stringers and carbon fibre composite side skins. The tailboom is a monocoque structure made of aluminium alloy.

The fuselage incorporates a four-bladed main rotor and a two-bladed teetering tail rotor. It is also fitted with a tubular skid-type landing gear with replaceable skid shoes.

The helicopter has an overall length of 12.61m, rotor diameter of 10.66m, and height of 3.10m with standard low-skid landing gear. Its maximum gross weight with external load is 2,722kg, and the maximum useful load carrying capacity is 1,160kg.

The navigation and communications are supported by a GPS/WAAS receiver, VHF COM Transceiver and VHF NAV and Glideslope receivers. The helicopter can be fitted with Bell 2-axis autopilot stability and control augmentation system (SCAS).

“The spacious interior of the helicopter accommodates two crew members and five passengers in standard configuration.”

Seating layout in corporate configuration includes five club-passenger seats with seat belts and single strap shoulder harness system. The helicopter can seat up to six passengers with one pilot onboard.

The cabin’s modular design also allows for easy configuration, with specialised equipment for medical and parapublic missions. The large doors allow for quick ingress and egress of passengers/equipment during emergency medical and utility missions.

The large grey-tinted plexiglass windows of the cabin offer outstanding field-of-view and high visibility for the occupants. The low vibration and noise levels further ensure a comfortable flight.

Engine and performance of Bell 407GXP

The helicopter is powered by a Rolls Royce 250-C47B/8 turbine engine equipped with a full authority digital electronic control (FADEC) system. The engine develops a maximum take-off power of 643kW (862shp) and comes with a factory-installed value improvement package (VIP) kit, increasing hot and high power by up to 8% and fuel efficiency by up to 2%.

The Bell 407GXP has a maximum cruise speed of 246km/h and can reach a maximum altitude of 5,733m. It has a maximum range of 624km and an airborne-endurance of four hours.