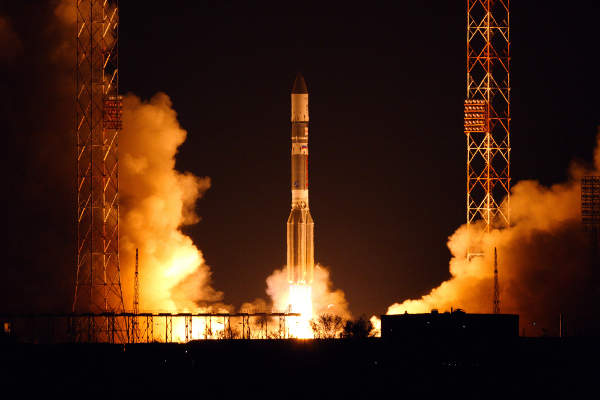 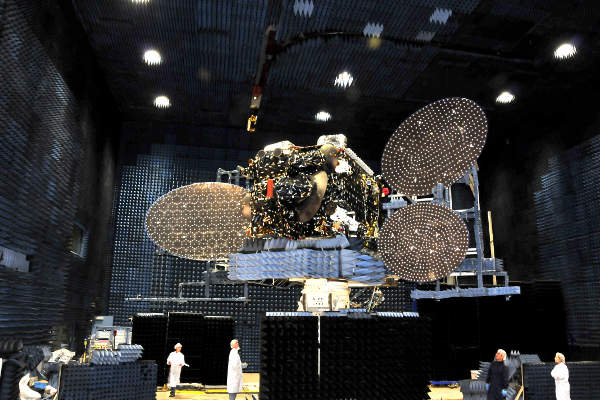 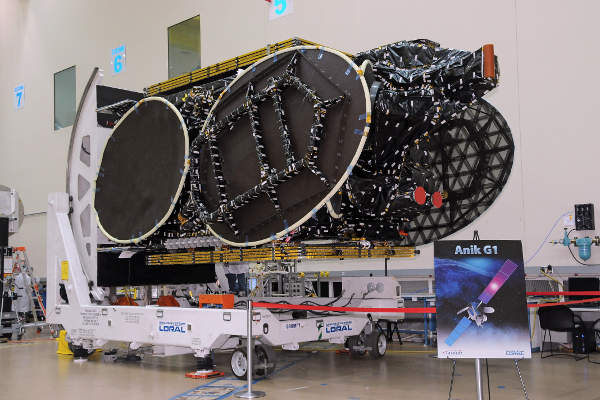 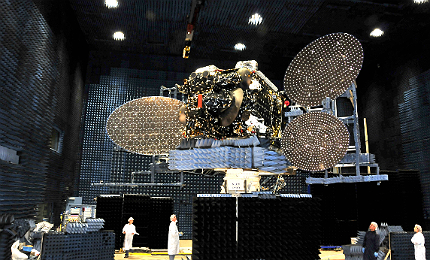 Anik G1 is a telecommunication satellite designed and manufactured by Space Systems/Loral (SSL). The satellite, owned and operated by Telesat, provides communication services covering Canada, the Americas and the Pacific Ocean region.

Anik G1 was successfully launched into Geostationary Earth Orbit (GEO) orbit in April 2013. It was launched on a Proton Breeze M rocket from the Baikonur Space Centre in Kazakhstan and will be placed at 107.3° West longitude. The satellite will be co-located with Telesat’s Anik F1R satellite, which was launched in November 2000.

Anik G1 will enter into service soon after in-orbit testing. Telesat has a satellite tracking station located at Gnangara in Australia, which received signals from Anik G1about nine hours after its launch. The fleet of Telesat satellites will increase to 14 with the addition of Anik G1.

"The fleet of Telesat satellites will increase to 14 with the addition of Anik G1."

Space Systems/Loral was awarded a contract to design and manufacture Anik G1 in June 2010. The satellite was developed in SSL’s Palo Alto facility in California. The satellite has a mass of about 4,900kg.

It has a designed mission life of more than 15 years. The multiplexers and switches used in the satellite were provided by COM DEV International.

The spacecraft was transported to Baikonur in March 2013. The assembling and pre-launch testing were completed in April 2013.

The satellite uses the FS-1300 platform developed by SS/L. It provides satellite power capabilities ranging between five and 25kW.

The satellite lifted off aboard an ILS Proton Breeze M rocket on 16 April 2013. The rocket was manufactured by Khrunichev. International Launch Services (ILS) was contracted in June 2010 to provide launch services for Anik G1.

"Space Systems/Loral was awarded a contract to design and manufacture Anik G1 in June 2010."

The Proton booster used for launching the satellite has 7.4m diameter in the first stage and 4.1m diameter in second and third stages. The height of the booster in the three stages was 42.3m. The satellite launch operations were carried out at Baikonur Cosmodrome launch Pad 39 in Kazakhstan.

X-band transponder services were contracted to Astrium Services for 15 years. The X-band provides support for government applications in the Americas, Hawaii and the Pacific Ocean region. The satellite will also provide broadband, voice, data and video services to the South American region.

The Inmarsat-5 (I-5) is a telecommunication satellite principally used to render mobile broadband communications for deep-sea vessels, in-flight connectivity for airline passengers and high quality video, voice and data services to the entire globe.

The Telstar 14R is a telecommunication satellite used to render mobile communication and digital broadband services to America, Brazil and North and Mid-Atlantic Ocean regions.