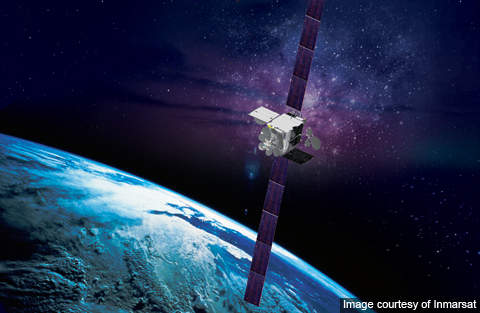 Artist's rendition of Inmarsat-5's launch into orbit in 2013. 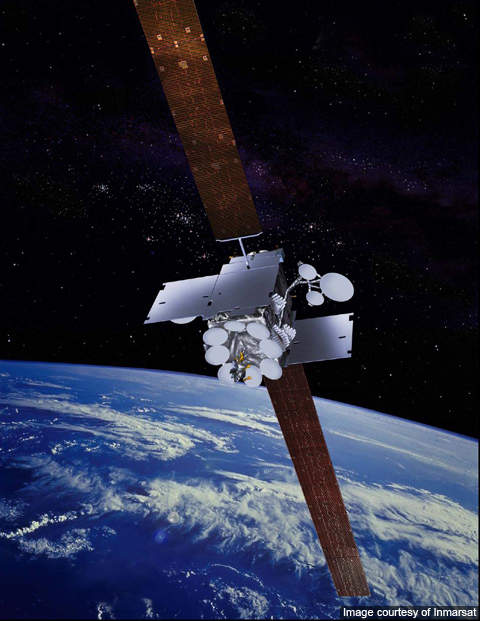 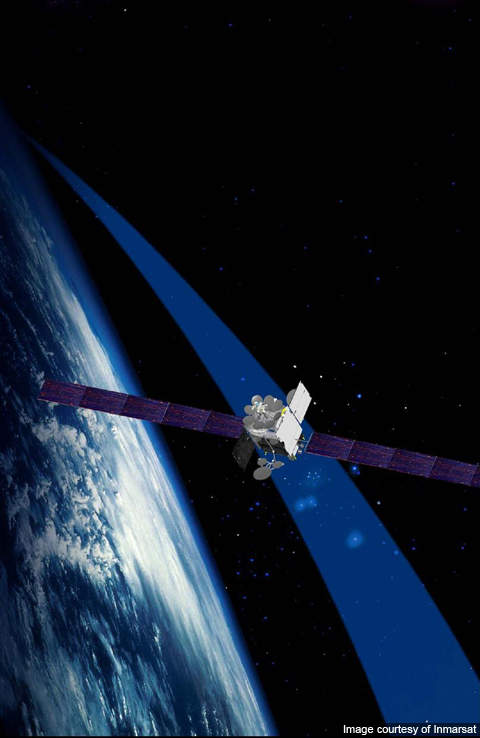 Inmarsat-5 is being designed and built by Boeing Space and Intelligence Systems. 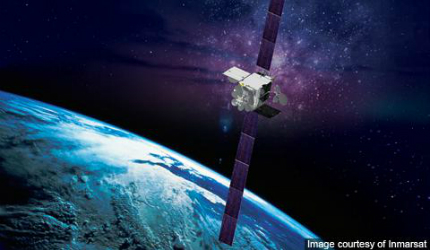 The Inmarsat-5 (I-5) is a telecommunication satellite principally used to render mobile broadband communications for deep-sea vessels, in-flight connectivity for airline passengers and high quality video, voice and data services to the entire globe.

The satellite is being designed and built by Boeing Space and Intelligence Systems (BSIS). It will be owned and operated by global mobile satellite broadband service provider Inmarsat.

"The Inmarsat-5 is a digitally channelised transponded satellite."

The satellite is being designed for a lifespan of 15 years. It will weigh around 5,900kg at launch and 3,750kg in orbit. It will consume 15kW of power at the initial stage of operation and 13.8kW during the final stages of design life.

Inmarsat awarded a contract to Boeing in August 2010 to design, build and supply three Inmarsat-5 satellites as part of a £752m ($1.2bn) wireless broadband network known as Global Xpress. The wireless broadband network will operate at Ka-band microwave frequencies ranging between 18GHz and 31GHz, which however possess more signal quality issues compared to that of Ku-band (12GHz-18GHz) frequency range.

Harris Corporation will supply Ka-band antennas to BSIS for three Inmarsat-5 spacecraft as part of a contract signed in March 2011. These antennas are part of the Gimbal Dish Antenna (GDA) systems.

In April 2012, Inmarsat signed a contract with Honeywell to develop the onboard hardware that will enable users to connect to Inmarsat’s GX aeronautical services.

The Inmarsat-5 is a digitally channelized transponded satellite which will render communication capacity, connectivity and flexibility. The 89 Ka-band transponders fitted in the spacecraft will provide mobile satellite services to the entire globe. The satellite will render speeds at the rate of 50mbps (downloads) and 5mbps (uploads) for mobile user terminals having a size of 60cms.

Designed and manufactured by BSIS, the BSS-702HP is a flight proven satellite bus principally being deployed for geomobile services. It will be equipped with the xenon ion propulsion system (XIPS) for all on-orbit manoeuvring. The satellite bus can accommodate 5,900kg of payload and was first introduced in October 1995.

"The Preliminary Design Review of Inmarsat-5 was completed in March 2011."

The Inmarsat-5 launched into orbit will be tracked, operated and monitored from the satellite.

Control Centre (SCC) that will be built at Inmarsat office in London. The SCC will be designed and built by BSIS.

The SCC will keep track of the spacecraft and ensure that the on-board systems are fully operational. The data will be supplied to the control centre by four telemetry tracking and command (TT&C) stations situated in Italy, China, western Canada and eastern Canada.

The TT&C is a technology principally used to identify and operate the satellite when diverging from its orbit.

Traffic flow in the Inmarsat network will be monitored through a Network Operations Centre (NOC) deployed at the Inmarsat headquarters. The satellite and SCC will communicate through a unique bandwidth assigned to the service provider.