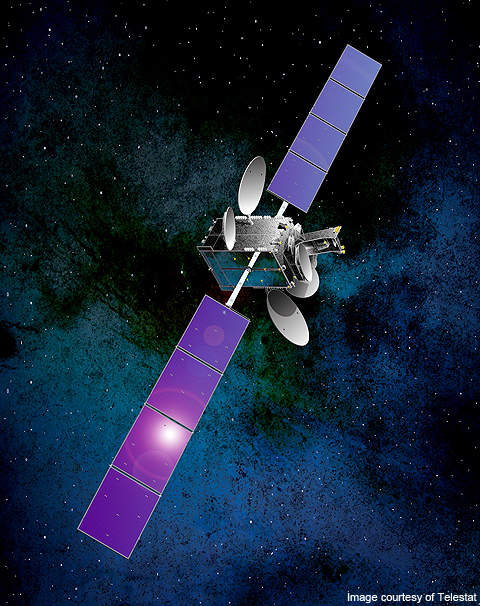 The Telstar 14R is a telecommunications satellite, designed by Space Systems Lorel in the US. 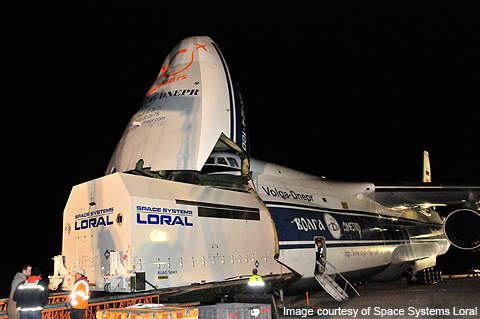 It superseded its predecessor, the Telstar 14, and is located over the Atlantic Ocean region. 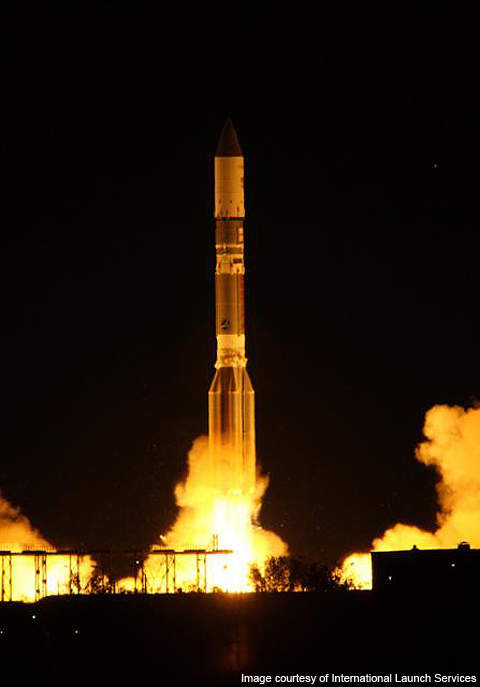 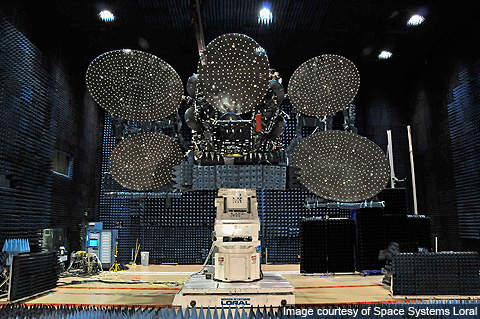 The spacecraft was designed to have two extended solar wings, each comprising four solar panels for supplying electrical power.

The satellite is designed and manufactured by Space Systems Loral (SSL) of the US. It is owned and operated by Canadian fixed satellite service provider Telesat. The spacecraft is located over the Atlantic Ocean region and superseded its predecessor, the Telstar 14.

The Telstar 14R was launched into Geostationary Earth Orbit (GEO) on the back of a Proton-M Briz-M launch vehicle on 20 May 2011. It was released into the orbit by the Briz-M nine hours and 13 minutes after launching from the Baikonur Cosmodrome, Kazakhstan.

On 25 May 2011, Telesat said the Telstar 14R spacecraft’s north solar array failed to deploy in space. The south solar array has been successfully deployed and is providing electrical power to the spacecraft.

The Telstar 14R was designed for a lifespan of 15 years. The spacecraft weighs around 5,000kg at launch and consumes 12kW of power. It was designed to have two extended solar wings, each comprising four solar panels for supplying electrical power.

“The Telstar 14R was designed for a lifespan of 15 years. The spacecraft weighs 5,000kg at launch”

Its amplifiers can be configured to different regions in North America, South America and Atlantic Ocean based on the market requirements.

In July 2009, Telesat awarded a contract to SSL for building a new spacecraft called Telstar 14R, or Estrela do Sul 2. The Briz-M reached the launch site on Antonov Cargo aircraft on 9 April 2011.

The Telstar 14R was delivered to the launch service provider, International Launch Service (ILS) on 20 April 2011.

The Telstar 14R is a digitally channelized transponded satellite that renders communication capacity, flexibility and connectivity. A total of 46 Ku-band (27 fixed and 19 switchable) active high power transponders of 36MHz capacity are installed in the satellite bus. The uplink frequency of the Ku-band varies from 14GHz to 14.5GHz, whereas the downlink frequency ranges between 11.7GHz and 12.2GHz.

“The Telstar 14R is controlled by centres in Brazil, the US, South America and the Andean and North Atlantic Oceans”

The LS-1300 is a modern satellite bus principally used for geostationary communications. The satellite bus is designed and built by SSL and can accommodate 5,500kg of payload. It offers a total satellite power varying between 5kW and 12kW with the on-board transmitter power of 5,000 RF watts.

The LS-1300 was first introduced in the 1980s and can carry 70 active transponders. With lightweight and robust structure, the satellite bus is fitted with fuel efficient thrusters, batteries and modern command and control systems.

The Telstar 14R was launched atop the Proton-M Briz-M launch vehicle, which is powered by R-4D-11, a propulsion system with four SPT-100 plasma thrusters. The launch vehicle is designed and built by Khrunichev State Research and Production Space Centre in Russia.

The Telstar 14R can be controlled by five operational centres in Brazil, Continental US, South America and the Andean and North Atlantic Oceans using ground equipment hardware and software. Designed and built by SSL, the ground station is deployed at the customer’s site. The spacecraft transmits data to the ground station through a 36MHz bandwidth assigned to the service provider.