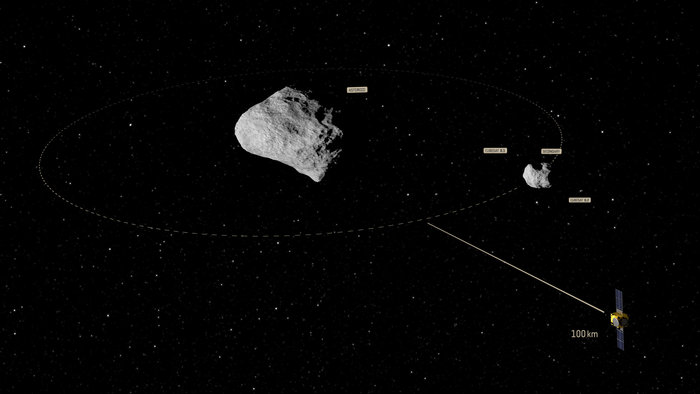 ESA is planning to launch Asteroid Impact Mission (AIM) in October 2020, to evaluate planetary defence techniques to prevent asteroid collision, which could include changing the orbit of asteroids headed towards earth.

AIM is said to be Europe’s contribution to the Asteroid Impact and Deflection Assessment mission (AIDA).

The NASA-led part of AIDA will launch a double asteroid redirection test (DART) spacecraft to the Didymos binary system in late 2022. DART will crash into the asteroid moon at around 6,000m per second.

"We will gain insight into the kind of force needed to shift the orbit of any incoming asteroid, and better understand how the technique could be applied."

"In the aftermath, it will perform detailed before-and-after comparisons on the structure of the body itself, as well as its orbit, to characterise DART’s kinetic impact and its consequences."

The results will allow scientists to understand how an asteroid will react to this type of energy.

"In addition, DART’s shifting of Didymoon’s orbit will mark the first time humanity has altered the dynamics of the solar system in a measurable way," Carnelli added.

"We will gain insight into the kind of force needed to shift the orbit of any incoming asteroid, and better understand how the technique could be applied if a real threat were to occur."

The programme is designed to study a spacecraft impact on a potentially hazardous near-earth asteroid and measure the deflection caused by the impact.