May 25 2012 was a historic day for astronomers worldwide. After years of adjournment, suspension and deliberation, the eight nations collaborating in the Square Kilometre Array (SKA) Organisation announced that South Africa, Australia and New Zealand will host the biggest radio telescope ever built.

Spanning an area of approximately one square kilometre, the huge €1.5bn ($1.9bn) fields of antennas were first proposed in 1991 and are designed to be the most sensitive arrays ever constructed.

Operating over a wide range of frequencies, the SKA will require some of the highest performance central computing engines and long-haul links, with a capacity greater than that required by current global Internet traffic. Once fully implemented, SKA will be able to survey the sky ten thousand times faster than ever before, and is expected to deliver the highest resolution images in all astronomy – uncovering some of the deepest secrets of outer space.

But while the project start is exciting news for the radio astronomy industry and the scientific community, the winning bidders now have to face a mountain of work, including concept and design phases which need to be dealt with in order to go ahead with the project. Construction of the SKA is scheduled to begin in 2016 for initial observations by 2019 and full operation by 2024, yet the planning process is still at its earliest stages.

"We want the industry to participate in the early stages, in the concept design phase and in the detailed design phase this project will require."

Africa seemed to have the better cards in their bid to host the giant SKA radio telescope. In terms of the proposed array of the receiving dishes and antennas, as well as the availability and price of electricity, the nine nations partnering for the South African bid (South Africa, Namibia, Botswana, Mozambique, Madagascar, Zambia, Mauritius, Kenya and Ghana) showed better results fulfilling a critical factor in the unanimous decision of the independent SKA Site Advisory Committee (SSAC).

However, the committee also raised some serious concerns about the security of the project in Africa, saying it would be tricky, but not unachievable, to recruit high-quality non-local human resources. Also in terms of political, socio-economic and financial factors, Australia and New Zealand had ‘significant’ benefits over Africa. In the end, the decision fell in favour of both bids, a decision which, according to some critics, will most certainly increase the cost and complexity of the project.

Building on two separate sites is possible because the SKA is really three telescopes in one, with different sets of receivers designed for low, medium and high-frequency work. For Africa in particular, winning this bid is a chance to shine and boost their radio astronomy sector, which is still in its fledgling stages – despite the long history of astronomy in South Africa and the construction of the MeerKAT telescope, a pathfinder facility which will be incorporated into the early development of the SKA network.

"We’re at a very exciting point of radio astronomy in South Africa," says SKA South Africa project director Bernie Fanaroff. Speaking at the African European Radio Astronomy Platform (AERAP) workshop on 29 May 2012 in Brussels, Belgium, he admitted that even though the winning nations now have a better idea of how to build it, "the SKA process itself is going to be very long and it’s going to take some time to get the road map set out."

What could come in handy was the signing of Written Declaration 45 in March 2012 on science capacity building in Africa, as radio astronomy experts agreed at the AERAP workshop in Brussels. With the declaration, the European Parliament (EP) called for greater collaboration aimed at harnessing the scientific and economic benefits of the growing radio astronomy sector in Africa.

"The Written Declaration has opened up a very wide range of exciting possibilities and we can see a real type of astronomy, radio astronomy and multiradio astronomy in Africa in collaboration with Europe," says Fanaroff. 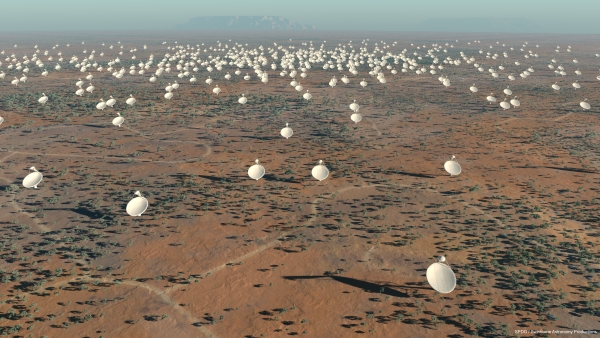 Construction of SKA will begin in 2016 and reach full operations in 2024.

While MeerKAT unquestionably offers a range of technologies and expertise which can be inherited by SKA, a number of European projects promise to be pathfinders for the concept of the African bid. One possible base technology could be Very Long Baseline Interferometry (VLBI), a technique to study the sky with the highest possible range to make out very small details. In Europe, this is organised by the European VLBI Network, a consortium of telescopes.

"For VLBI you put telescopes working together not one hundred metres or a few kilometres but a few thousand kilometres apart," explained Joint Institute for VLBI in Europe (JIVE) director Huib Jan van Langevelde in Brussels in May 2012.

"American funding is going to be crucial for the second phase of the SKA."

"By combining the signal back in the correlator or central processing unit you can work out the very detailed structure of the sky. We can see galaxies in very far distances."

"There is a clear relation to the SKA," he went on. "First of all, the European VLBI Network has been recognised as the pathfinder. We pioneer in long-haul connectivity and we have been pioneering real-time operations for site transportation and various distributed computer problems.

"At the same time we’re making use of the SKA technology and are feeding into it, correlate the programmes and put a nice cornerstone in all the SKA build-up."

Fanaroff agrees with van Langevelde, saying that SKA South Africa definitely wants to move with the VLBI network. Another major work programme, he says, is the data transport between the different telescopes and facilities. Here, South Africa is counting on several European projects, which are currently underway or have been concluded in the past few years – many of them in the telecommunications sector.

Finnish-German company Nokia-Siemens Networks is one of the biggest players in the field, supporting a wide range of different projects in Europe, such as 100GET, the Scalable, Tunable and Resilient Optical Networks Guaranteeing Extremely-high Speed Transport (STRONGEST), Fibre-Optic Networks for Distributed Extendible Heterogeneous Radio Architectures and Service Provisioning (FUTON), the Galactico Project: Coherent Terabit Ethernet and more besides.

"SKA is more than just radio astronomy. You need to provide the infrastructure to connect the telescopes and you need to time and synchronise them. That’s what these telecommunication projects are about." 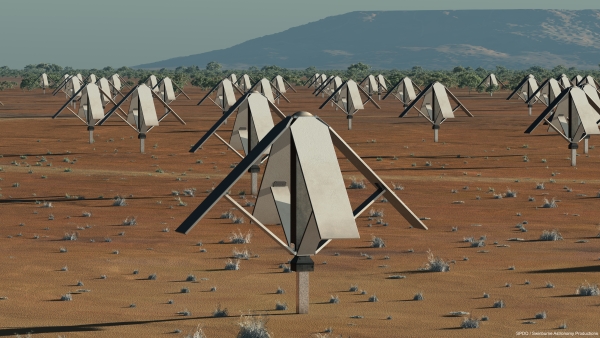 SKA will be based on pathfinder technology, such as MeerKAT, VLBI and several European projects.

Square Kilometre Array: involving the US?

"SKA is really three telescopes in one, with different receivers designed for low, medium and high-frequency work."

This process, he believes, needs to start today and not in ten years, when the first telescopes should be operational.

Some of the industry delegates attending the workshop in Brussels are convinced that some support should also come from the US. EU Universe Awareness (EUNAWE) project coordinator and International Astronomical Union (IAU) vice president George Miley said that this would be a good start to begin talks with the US.

"We’re talking about funding the SKA and it would be really great if somehow we could get the Americans back and talk with them about how one can look at the scale and re-examine the timeline with them," he said.

Fanaroff agrees, saying that this is an "opportune time" to start talks with the US again, even though he does not expect to get any support at this point of time. "My gut feel at this point is that the Americans are going to say we’d love to but we can’t.

"But we need to find some instruments that enable them to at least keep up with us and start to prepare the case for investing some money at the latest in 2020. American funding is going to be crucial for the second phase of the SKA."

Despite splitting SKA between Africa and Australasia, and the enormous amounts of work needed especially in the next few years, the project is a huge chance for South Africa in particular. It will boost radio astronomy research and development, establish the science sector of each nation and have enormous benefits for human capital development in the region. Furthermore, if the countries prove themselves in the task of running a big project of this sort, it is certain that they will have a strong future in the field.