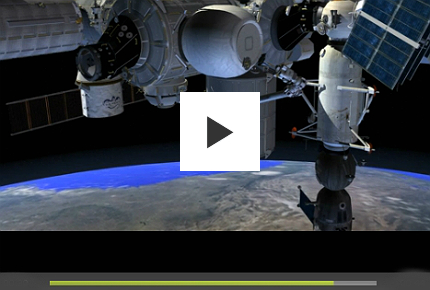 When it comes to housing astronauts in space, Nasa could not be accused of failing to think outside of the box. Should testing aboard the International Space Station in 2015 succeed, astronauts aboard the ISS and on future deep-space missions could live inside inflatable dormitories.

"BEAM would weigh approximately 1,361kg upon launch, less than a third of current occupied modules."

Designed by Bigelow Aerospace, the Bigelow Expandable Activity Module (BEAM) hopes to be the first expandable habitat module for human occupancy in space, with the company hoping to aim the modules towards research organisations and businesses in need of hosting astronauts.

To date, Bigelow has invested approximately $250m into the development of inflatable habitation modules and has secured preliminary agreements with space and research agencies in the UK, Netherlands, Australia, Singapore, Japan, Sweden and the UAE.

This isn’t, however, the first time Nasa has examined the possibility of inflatable habitats. The organisation studied their feasibility in the 1990s under the TransHab programme, before licensing the technology to Bigelow, who in turn have furthered the technology’s development.

The first series of tests on an in-orbit module will focus on the structure’s ability to withstand radiation and maintain a stable temperature, while also assessing whether contaminants could store in the fabric of the module.

Benefits of the BEAM over existing habitats

The modules are created using a lightweight, soft-skinned material with similar properties to Kevlar, and threaten to hold several advantages over existing options for housing astronauts.

"To date, Bigelow has invested approximately $250m into the development of inflatable habitation modules."

BEAM would weigh approximately 1,361kg upon launch, less than a third of current occupied modules, significantly reducing the cost implications of launching astronauts into orbit.

The use of Kevlar-like materials over metals also holds the potential to offer better protection to astronauts in the event of solar storms, which metal structures capable of producing secondary heavy particles during such events that could cause harm to astronauts residing inside.

Bigelow do, however, admit that the future of the module will rely on the development of the space tourism industry and availability of scheduled space flights capable of taking paying passengers into orbit. Bigelow has secured agreements with Boeing and SpaceX for launch services upon their availability, which the company will undoubtedly be enacting sooner rather than later.

Is Nasa’s Space Fence the solution to space debris?

As Nasa scrambles to move the International Space Station out of harm’s way, efforts are being made to monitor space junk.