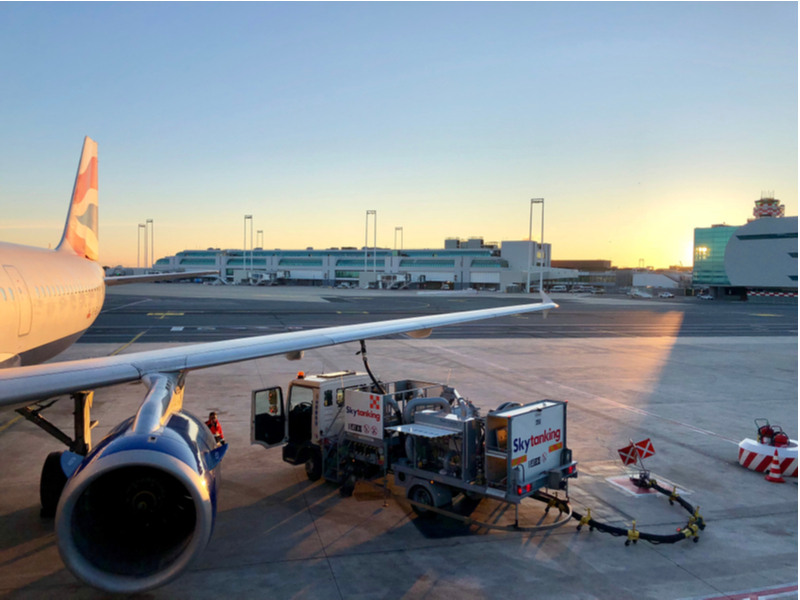 ‘Fuel-tankering’ is a process that sees planes filled with extra fuel, usually to avoid paying higher prices for refuelling at their destination airport.

A whistleblower has exposed a procedure that deliberately adds weight to flights, increasing carbon dioxide emissions.

‘Fuel-tankering’ is a process that sees planes filled with extra fuel, usually to avoid paying higher prices for refuelling at their destination airport.

The cost-saving for the airline was just $51.50. The practice means that British Airways emits 18,000 tons of additional carbon dioxide each year, the equivalent of the annual greenhouse gas emissions produced by a town of 100,000 people.

It is common knowledge that air travel has an enormously negative impact on the environment. However, BA boasts printing its in-flight magazine on lighter paper to save weight, a claim that is grossly misleading in light of recent revelations.

International Airlines Group (IAG), the parent company to BA, says it wants to be the world’s leading airline group on sustainability. This may be the case, however recent revelations undermine this aspiration and highlight the airline’s lack of care when it comes to sustainability.

The benefits of fuel-tankering have also been called into question with the BBC programme stating that some airline cost savings can amount to just over $13 on a single flight. Although, savings can run to hundreds of dollars.

Quoted in The Guardian on 11 November, Willie Walsh, chief executive of BA’s parent company IAG, said: “We continue to do tankering today. We’re challenging that, we’re asking ourselves whether this is sustainable, and whether we should be pricing in the environmental impact of that.

“Clearly the financial savings incentivise us to do tankering. But maybe that’s the wrong thing to do.”

According to BA, its fuel-tankering generated 18,000 tonnes of additional CO2 per year – less than 0.1% of its overall emissions – and that it accounted for 2% of tankering in Europe.

Industry veering dangerously towards ‘profit at any cost’ culture

It would be naïve to suggest that BA are the only company who are taking part in fuel-tankering. Reports suggest that the practice is widespread throughout the industry, with computer software being programmed to calculate costs that can be saved.

Eurocontrol, the body that coordinates air traffic control, has estimated that fuel-tankering in Europe results in an additional 901,000 tons of carbon dioxide each year while, according to its calculations, this practice saved the airlines a total of $294m a year.

These BBC revelations come against a backdrop of the poor health and safety at Boeing regarding its 787 NG and 737 Max aircraft, prompting many observers to ask questions more broadly about the air industry’s cavalier attitude towards passenger safety and pledges towards the environment.

If the aviation industry wants to earn consumer trust, leading companies must be transparent or face alienating passengers even further.

Whistleblower ramps up scrutiny on Boeing