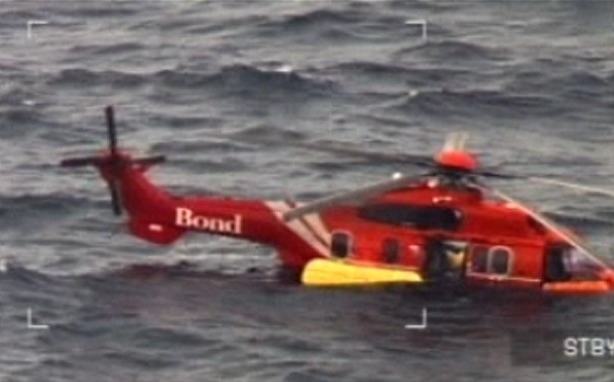 The UK Institution of Mechanical Engineers has called for all operators who use EC225 and AS332L2 Eurocopter Super Puma helicopters to carry out full and thorough inspections after an emergency landing at sea last week.

The aircraft was forced into a controlled ditching 25 miles off the coast of Aberdeen in Scotland on Thursday due to a crack in the gearbox shaft, the Air Accidents Investigation Branch has confirmed.

The helicopter owners Bond Offshore Helicopters have since grounded their entire fleet, as well as all AS332L2 models of the helicopter.

"There is an urgent need to review Eurocopter’s welding and manufacturing processes, as well further tests on the gearbox to understand how and why the components failed."

Philippa Oldham, head of transport at the Institution of Mechanical Engineers, welcomed Bond Offshore Helicopters grounding its EC225 and AS332L2 aircraft, but warned that a number of these models are still being widely used around the world.

"There is an urgent need to review Eurocopter’s welding and manufacturing processes, as well as the need to carry out further tests on the gearbox in order to understand how and why the components failed," said Oldham.

All 14 men on board the helicopter were rescued after the controlled ditching, which was prompted by an oil pressure warning.

A gearbox failure was responsible the downing of a different model of Super Puma helicopter in 2009, causing the deaths 14 offshore workers and two crewmen travelling between the North sea’s Miller Platform and Aberdeen.

Image: Sixteen people died when a Bond Super Puma plunged into the sea in April 2009.