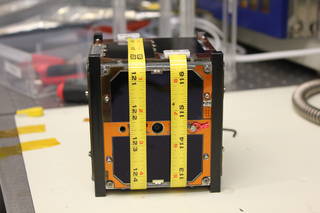 The college and university teams need to submit proposals by 5 June, to work in collaboration with Nasa researchers.

The teams will work to advance existing spacecraft technology or develop new smallsat.

The proposals should focus primarily on precise attitude control and pointing systems for cubesats, as well as power generation, energy storage and thermal management systems for small spacecraft. In addition, it will also fo low-cost deorbit systems and communications and tracking systems and networks, Nasa said.

"There is a vibrant small spacecraft research community within America’s universities and Nasa wants to strengthen its connection to that community."

The agency is expected to shortlist eight projects from those proposed by the applicants, and will grant up to $100,000 annually to each university team.

Nasa small spacecraft technology programme executive Andrew Petro said: "There is a vibrant small spacecraft research community within America’s universities and Nasa wants to strengthen its connection to that community.

The latest call comes after Nasa’s smallsat technology partnerships selection in August 2013 that resulted in 13 projects with 11 of them continuing in their second year.

The agency has recently selected two projects to test in orbit, including a radiation-tolerant processor for smallsats from Montana State University team and an advanced energy storage system from California State University, Northridge.