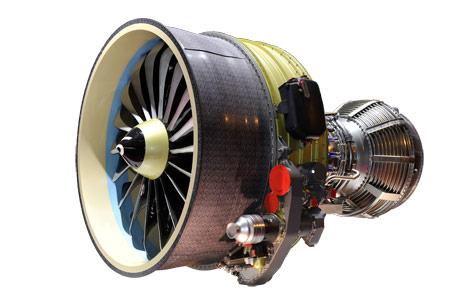 The 125,000ft² factory will be located adjacent to an existing GE Aviation machining plant; it will manufacture engine components made of ceramic matrix composite (CMC) materials.

CMCs are made of silicon carbide ceramic fibres and ceramic resin, manufactured using a highly sophisticated process and further enhanced with proprietary coatings.

GE is expected to start hiring at the new CMC components facility as early as 2014 and the workforce at the plant is expected to grow to more than 340 people within the next five years.

The facility is a part of GE Aviation’s commitment to invest $195m across its North Carolina operations through to 2017.

GE Aviation employs more than 1,300 people in North Carolina at its sites in Durham, West Jefferson, Wilmington, and Asheville.

According to GE Aviation, the CMC plant, together with enhancements at existing sites across North Carolina, are expected to create 242 additional jobs by 2017.

GE Aviation president and CEO David Joyce said that the company has been investing in CMC technology for decades and Asheville will be its first facility involved in the mass production of CMC components.

"We believe the future Asheville plant will be on the ground floor of a new technology that will change aviation," Joyce said.

The specific CMC component manufactured at the facility is a high-pressure turbine shroud, a stationery unit that directs exhaust gases through the high-pressure turbine. The component will be incorporated into the Leap jet engine being developed by CFM International, a joint venture of GE and Snecma (Safran) of France.

"The facility is a part of GE Aviation’s commitment to invest $195m across its North Carolina operations through to 2017."

The Leap engine is scheduled to enter service in 2016 and will power the new Airbus A320neo, Boeing 737 MAX and Comac’s C919 aircraft.

GE worked closely with the North Carolina Department of Commerce to secure the proposed Asheville site and investments in existing facilities.

The company will partner Asheville-Buncombe Technical Community College (ABTCC) to prepare for the Asheville factory.

GE’s facility in Durham assembles commercial jet engines, the proposed investment will allow for increased capacity, new plant and equipment for the next generation of commercial engines.

The West Jefferson facility, which is currently involved in machining of rotating parts, is intended for an 80,000ft² expansion, which will create an additional 105 jobs by 2017, while the facility in Wilmington will continue to manufacture medium to large rotating hardware.