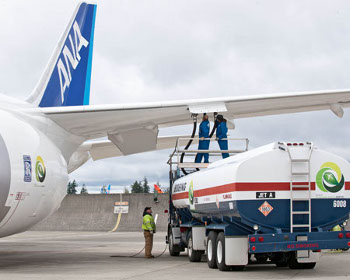 Japanese carrier All Nippon Airways (ANA) has agreed to purchase 11 additional Boeing 787-9 Dreamliners, as a part of a strategy to cut costs by expanding its fuel-efficient aircraft fleet.

The 11 new aeroplanes, valued at a combined list price of $2.7bn, adds to the airline’s existing order for 55 Dreamliners, of which 13 have been delivered so far with a further two to arrive by the end of this month.

"The 11 new aeroplanes, valued at a combined list price of $2.7bn, adds to the airline’s existing order for 55 Dreamliners."

Boeing 787-9 has similar fuel efficiency to that of the 787-8, but with a greater seat capacity.

According to ANA, the latest order will allow the airline to expand its network of international and domestic routes.

The Japanese carrier plans to replace its Boeing 767 and 777-200 large aircraft with 787 though it has not been yet decided on which routes the newly ordered 11 jets will fly.

ANA received its first 787 in October 2011 and is now flying the aeroplane on eight domestic routes.

The carrier also plans to fly 787 on a new route from Tokyo Narita to San Jose on the US West Coast from January 2013; while the existing aircraft for Tokyo Narita-Seattle and Tokyo-Haneda-Beijing routes will be replaced with the 787 from October this year.

Image: The latest order for 11 additional Boeing 787-9 Dreamliners carry a list price of about $2.7bn. Photo: courtesy of Boeing.