Six (one pilot and five passengers) 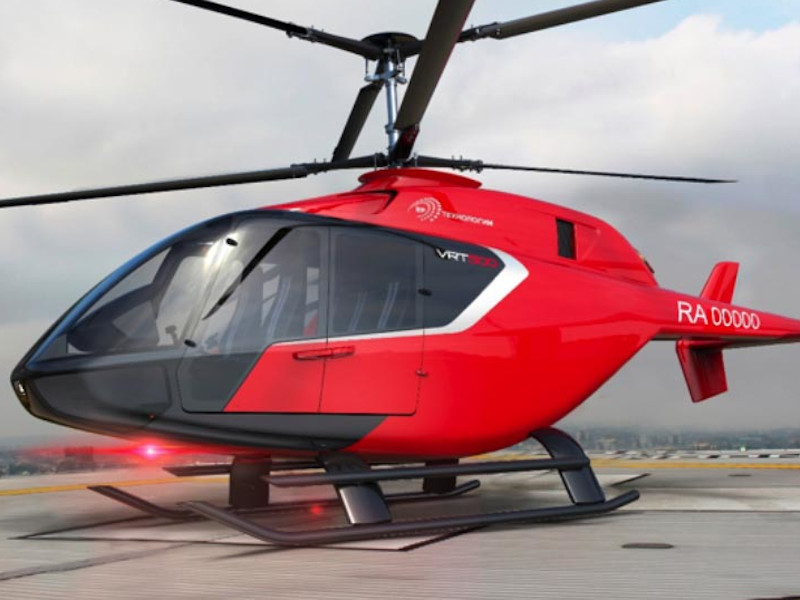 A prototype of VRT500 helicopter was launched in May 2019. Credit: VR-TECHNOLOGIES, LLC. 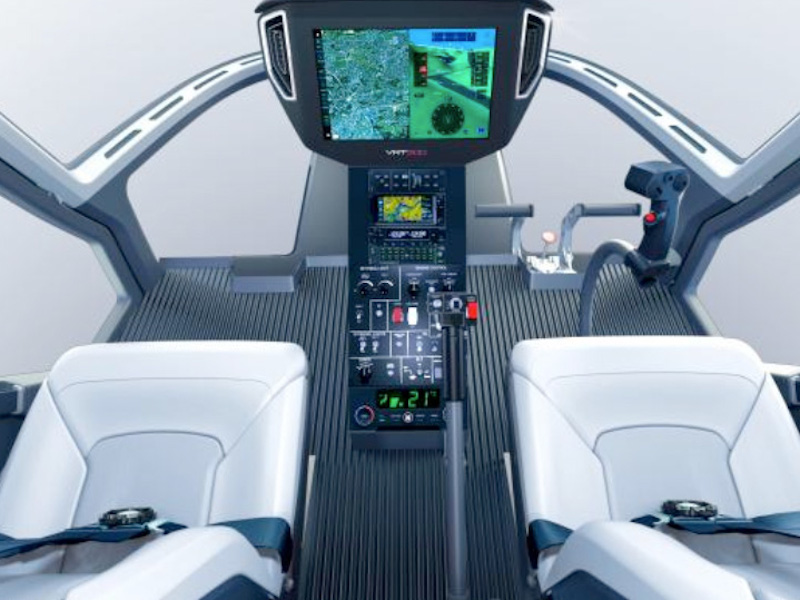 The VRT500 rotorcraft will be installed with FlytX avionics suite. Credit: VR-TECHNOLOGIES, LLC. 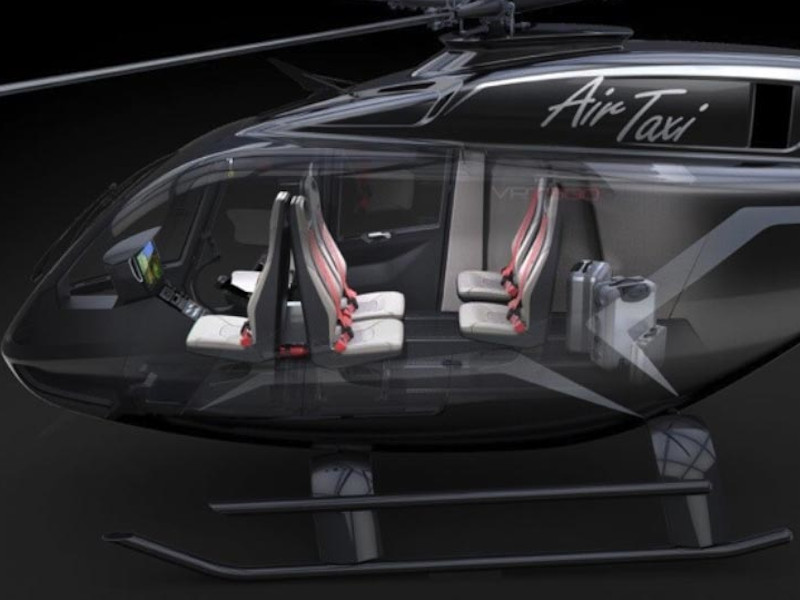 The VRT500 helicopter can be configured as air taxi. Credit: VR-TECHNOLOGIES, LLC. 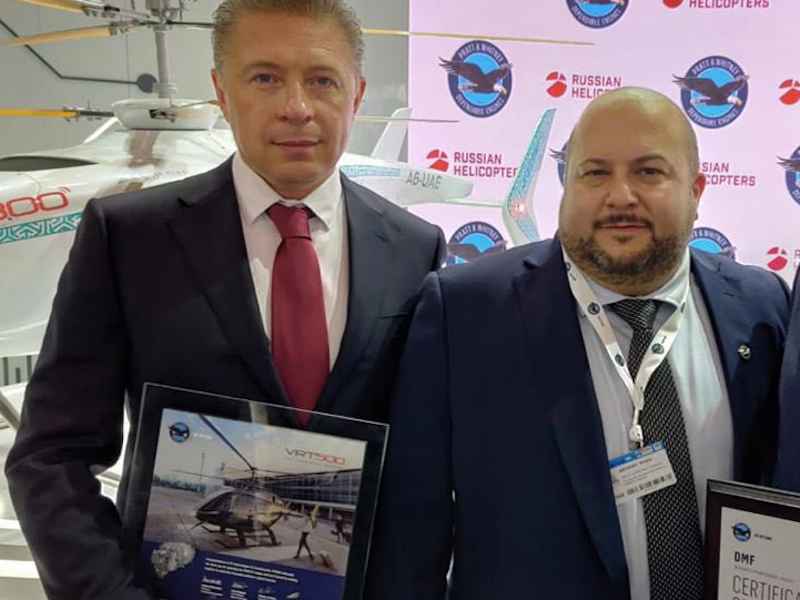 The first flight of the VRT500 helicopter is scheduled in the second half of 2020. Credit: VR-TECHNOLOGIES, LLC.

VRT500 is a single-engine, light multi-purpose helicopter being developed by VR-Technologies, a subsidiary of Russian Helicopters. The helicopter made its international debut at HeliRussia international show held in Moscow in May 2018.

Russia’s Central Aerohydrodynamic Institute (TsAGI) completed the first phase of the aerodynamic tests of the VRT500 model in August 2018. The tests determined the levels of drag generated by the main elements of the rotorcraft, including the fuselage, engine nacelle, as well as the main and tail rotors.

A full-size mock-up of the helicopter was exhibited during the Fuorisalone exhibition in April 2019 and Dubai International Air Show in November 2019. The VRT500 concept was showcased to Asia Pacific customers for the first time at the Singapore Airshow in February 2020.

The helicopter’s final assembly will be carried out in Italy and VRT is expected to obtain the EASA certification for the VRT500 helicopter.

The first flight of the helicopter is scheduled in the second half of 2020, while the initial certification will be completed by the end of 2022.

In November 2019, Rotorcraft Nordic placed an order for ten VRT500 helicopters in a baseline configuration. The helicopters are scheduled to be delivered before 2023.

The VRT500 helicopter can be quickly and easily converted into seven different configurations for demonstrating outstanding operational flexibility.

In addition to the baseline configuration, the helicopter will be offered in passenger, cargo, air taxi, training, VIP and medevac variants.

VRT500 will be the world’s first medevac helicopter in its class with a maximum take-off weight of up to 2t. It will enable the loading and unloading of unified gurneys through the rear cabin doors.

"The VRT500 helicopter can be quickly and easily converted into seven different configurations for demonstrating outstanding operational flexibility."

The VRT500 light helicopter will feature the most spacious transport and cargo cabin in its class. It can accommodate one pilot and five passengers.

The helicopter will feature co-axial main rotor system which will contribute to the lift generation and higher take-off and hovering power during all operational modes.

The main rotor will provide better flight control and manoeuvring in confined urban spaces while offering improved safety during take-off and landing.

VRT500 is outfitted with FlytX light-weight avionics suite, which will enhance the safety of visual flight rules (VFR) flights.

Designed to meet all pilot needs, the avionics suite can be connected with open-world applications during flight and on the ground.

The VRT500 helicopter will feature a large cabin with a volume of 5.3m³ and a floor area of 4.33m². It will feature unique interiors, including easily convertible cabin layout, energy-absorbing seats, flat multifunctional floor, and swing or sliding passenger doors.

The occupants will be provided with sufficient interior lighting, including cockpit individual lighting, utility light and instrument panel floodlight.

VRT500 will be powered by a PW207V gas-turbine engine with a maximum power output of 700hp.

The helicopter will be able to fly at a speed of 250km/h and attain a range of 860km. It will offer a maximum endurance of 5.8 hours.

The service ceiling of the helicopter will be 6,080m, while the hovering ceiling will be 4,099.5m.

Avio Aero was awarded a $300m contract to provide the main transmission system in June 2019. Liebherr-Aerospace signed an agreement to supply environmental control system for the helicopter in September 2019.

In November 2019, Pratt & Whitney was selected to deliver PW207V engines for the VRT500 helicopter. Thales Aerospace was preferred to deliver FlytX avionics suite for the helicopter in January 2020.

VR-Technologies partnered with Italian company ItalDesign Giugiaro to support the development of the light helicopter.