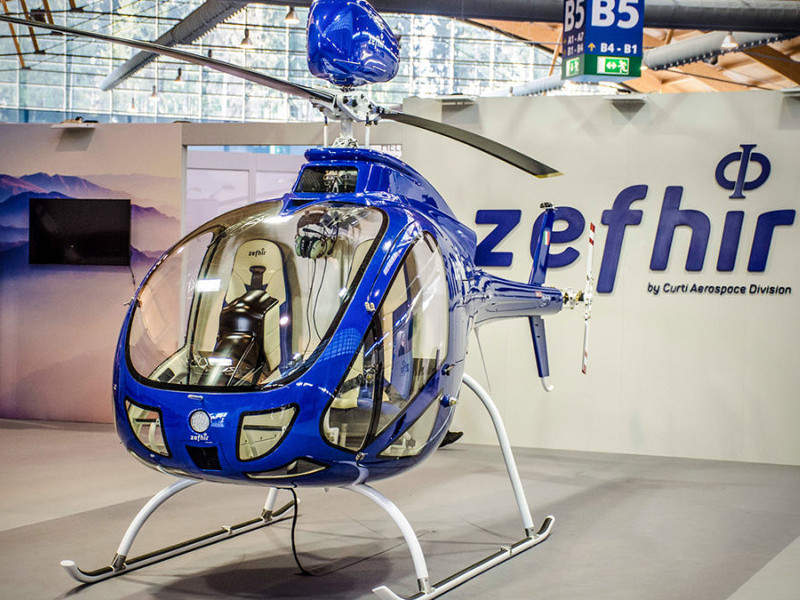 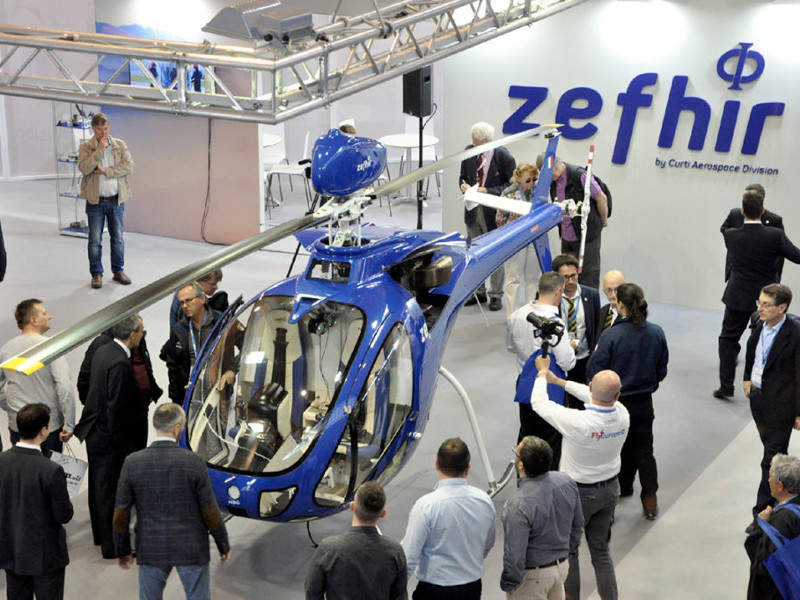 Zefhir helicopter was unveiled at the AERO Friedrichshafen event in May 2018. Credit: Curti Costruzioni Meccaniche SpA. 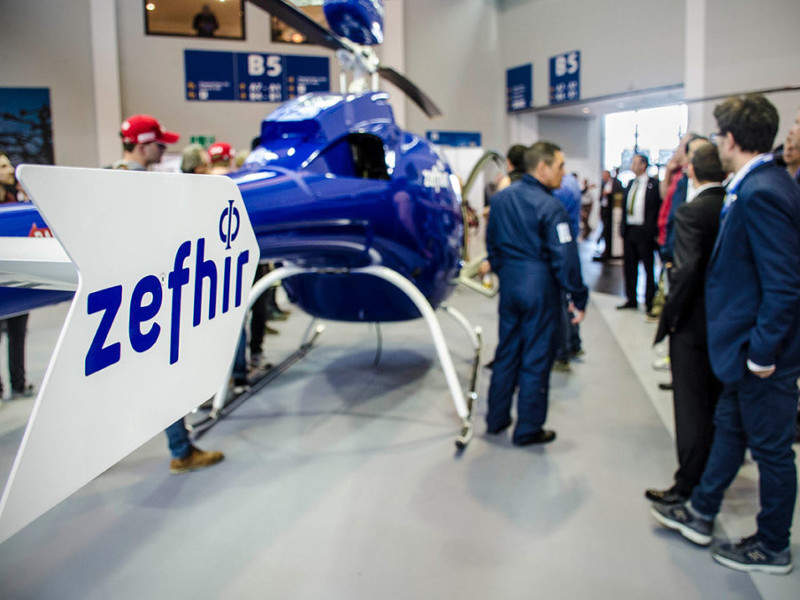 Zefhir is a unique turbine helicopter developed by Curti Aerospace, a division of CURTI Costruzioni Meccaniche. It is the world’s first lightweight helicopter installed with an innovative ballistic parachute rescue system.

Zefhir was unveiled at the AERO Friedrichshafen expo held in May 2018. It was also exhibited at the Frecce Tricolori air show held in Punta Marina Terme in July 2018.

The helicopter’s safety features were developed under the DISRUPT (Development of an Innovative and Safe Ultralight, Two-seater turbine helicopter) project co-funded by the European Commission.

The DISRUPT project was initiated to meet the market demand for a safe ultralight helicopter to serve both recreational and commercial segments.

Curti entered a partnership with PBS Velká Bíteš and Junkers Profly for the development of the new helicopter in 2016.

Curti Aerospace is responsible for the production, while PBS and Junkers offer turboshaft engine and ballistic parachute for the helicopter respectively.

Zefhir is installed with modern technology and materials. Its exclusive interior design makes it the most stylish helicopter.

The high-performance helicopter features a carbon-fibre airframe and parts made of aeronautical alloys, which make it light, efficient and durable. The carbon airframe offers high resistance and weighs just 72kg.

The load-bearing capacity of the parts complies with the EASA CS-27 standards, while the critical components of the helicopter are fatigue-tested to avoid failures during operation. Seat absorbers compression test is also carried out to ensure safety.

“It is the world’s first lightweight helicopter installed with an innovative ballistic parachute rescue system.”

Crashworthy seats and an innovative ballistic parachute rescue system above the main rotor head improve safety of the helicopter. The parachute has a minimum deployment altitude of 150m.

The Zefhir has a length of 8.7m, breadth of 1.6m and an overall height of 2.5m. It offers a larger luggage space with storage volume of 320l and a cabin width of 1.34m. The rotorcraft has a maximum take-off weight of 700kg and can accommodate two personnel.

The helicopter is powered by a PBS TS100 turboshaft engine equipped with a brushless DC electric starter-generator and a digital engine control unit (ECU).

The engine is capable of generating a maximum continuous power of 105kW. It has an output shaft speed of 2,158rpm and can be started in extreme climates with temperatures below -30°C without preheating.

Zefhir has a standard fuel capacity of 12l and can be fitted with an auxiliary fuel tank based on the customer requirements. The fuel types approved for the helicopter are TS-1, T2 and RT, according to GOST 10227, as well as JET A, JET A-1, JET B according to DERD 2494.

The maximum cruise speed of the helicopter is 161km/h, while its maximum level speed is 185km/h. The rotorcraft has a hover out of ground effect (HOGE) ceiling of 4,000m and can attain a maximum range of 318km.

It can endure airborne for two hours and 15 minutes at a speed of 75km/h. It offers improved flight experience as the main and tail rotor blades ensure lower noise levels.