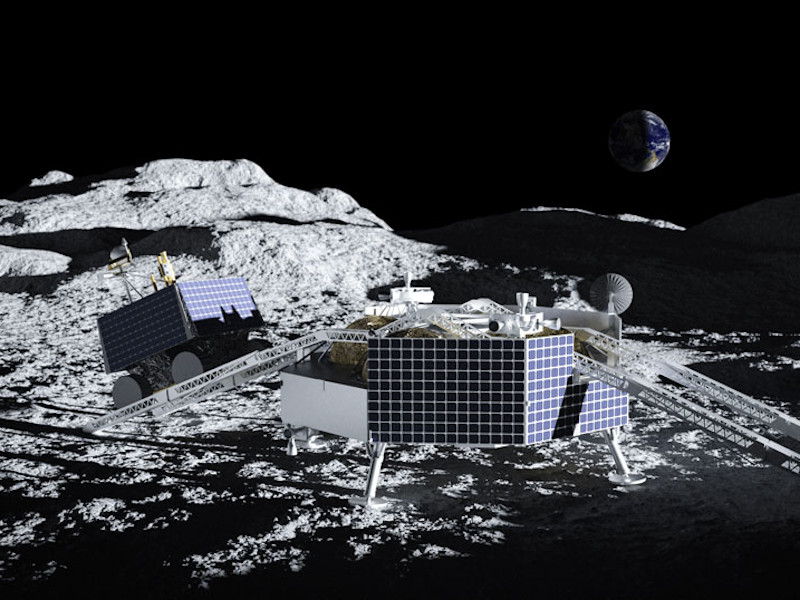 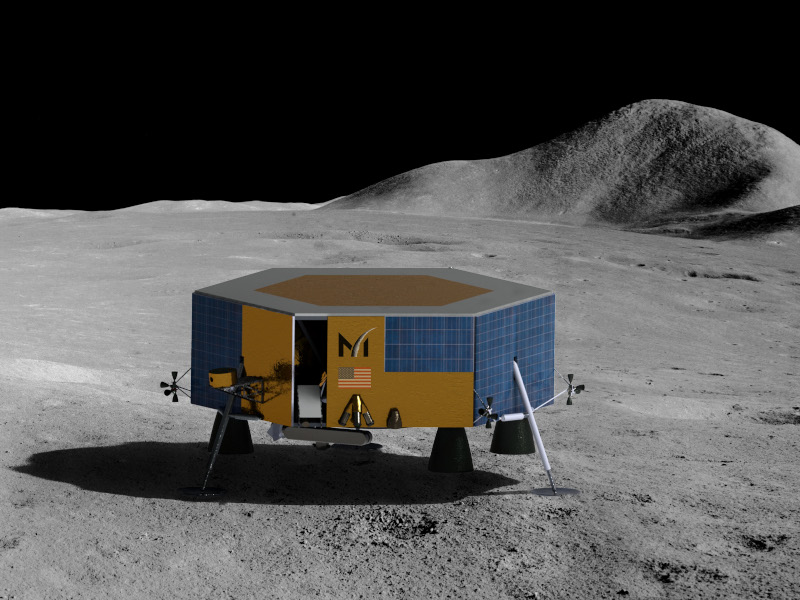 The instruments of the rover will be tested on deliveries to the moon under the CLPS initiative. Credit: Masten Space Systems. 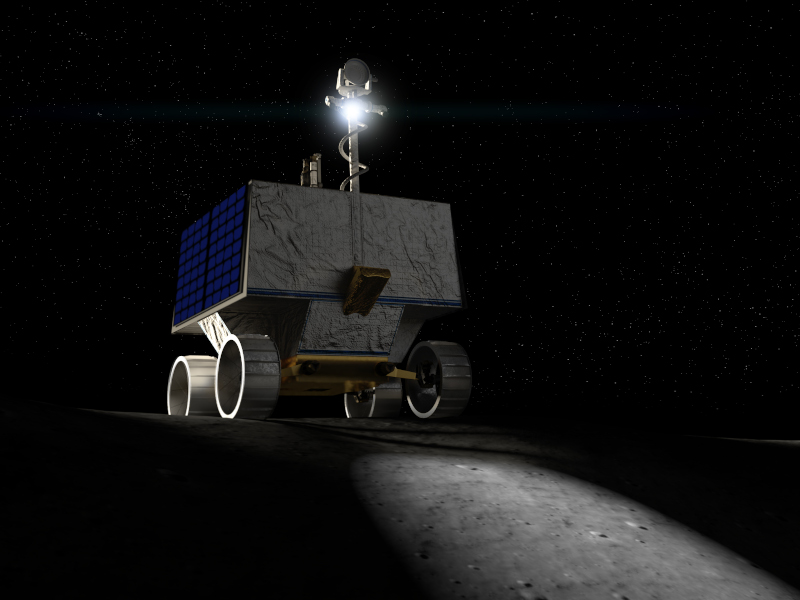 The robotic rover will be launched in 2023. Credit: Nasa Ames / Daniel Rutter. 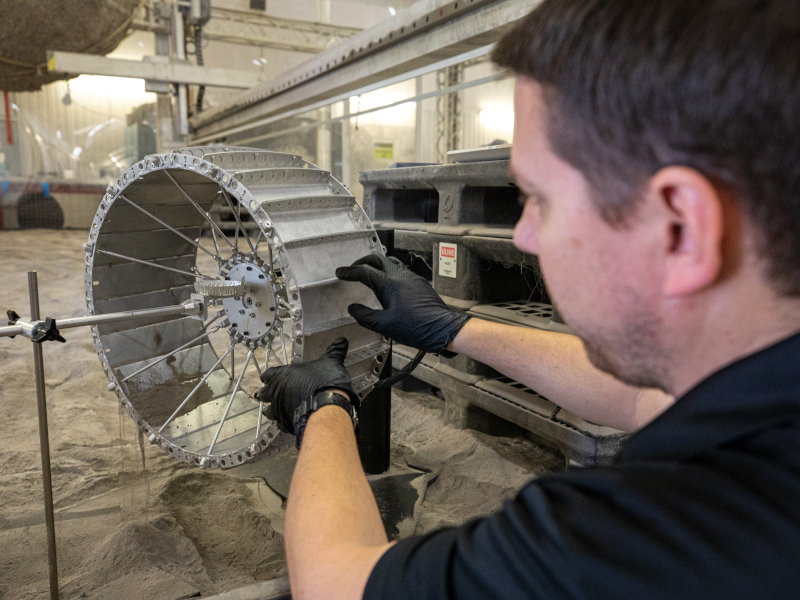 It will be equipped with a 1m-long drill for collecting samples. Credit: Nasa / Cory Huston.

Volatiles Investigating Polar Exploration Rover (VIPER) is a new lunar rover being developed by Nasa for the exploration of the moon in quest of water ice and other potential volatiles.

The mission forms a part of Nasa’s Artemis crewed lunar exploration programme, which aims to land the first woman and next man on the moon by 2024.

VIPER is a mobile robot, which will land at the moon’s south pole to undertake a 100-day mission looking for the origin and distribution of water ice. It will be launched on board Griffin lunar lander by the end of 2023.

The rover is being developed by a partnership between Nasa and multiple commercial and international institutions.

Nasa’s Ames Research Center based in California is responsible for the management of VIPER mission. Ames will handle various mission aspects such as systems engineering, science, real-time rover surface operations and flight software. The Johnson Space Center in Houston is responsible for designing and building the rover’s hardware, while instruments are supplied by Kennedy Space Center, Ames and Honeybee Robotics.

“The mission forms a part of Nasa’s Artemis crewed lunar exploration programme, which aims to land the first woman and next man on the moon by 2024.”

The rover will be sent to the moon under Nasa’s Commercial Lunar Payload Services (CLPS) initiative, which is a part of its lunar discovery and exploration programme. The agency will procure the spacecraft, lander and launch vehicle through CLPS.

The first set of VIPER instruments will be delivered in 2021, setting down in Lacus Mortis, a larger crater on the moon’s near side. It will be followed by another set of instruments on board the XL-1 lunar lander in 2022.

Nasa tested an engineering model of the robotic rover at the Simulated Lunar Operations Laboratory in Cleveland, Ohio, in January 2020.

VIPER will have a length of 1.5m, a width of 1.5m, a height of 2.5m and weight of up to 430kg. The rover will be equipped with three spectrometers and a 1m-long drill.

The communications will be carried out through an X-band system, transmitting data directly to Earth over the deep space network without any relay.

The rover will be positioned on board the Griffin lunar lander that can deliver up to 500kg of mass to the moon’s surface and will be equipped with many subsystems.

VIPER is a golf cart-sized rover that will be powered by a solar-charged battery with a peak power of 450W. The robot will move about on the lunar surface with a top speed 0.8km/h and slow down to 0.4km/h while prospecting for resources.

It will sample different soil environments on the lunar surface to support the development of the first global water resource maps of the moon.

Instruments on board VIPER moon rover

VIPER will be equipped with different drill and science instruments for achieving the goal of hunting water ice.

Neutron Spectrometer System (NSS) on board the rover will look for water below the moon’s surface. It will assist in indirectly identifying the presence of water in the soil of up to 3ft deep for additional examination. NSS is designed to detect changes in the number and energy of neutrons coming from the moon to suggest the presence of hydrogen.

The Regolith and Ice Drill for Exploring New Terrains (TRIDENT) will be used for digging soil cuttings at a depth of 3ft below the surface, once NSS detects promising hydrogen concentration. The tip of the drill will have a temperature sensor for noting the readings.

Near-Infrared Volatile Spectrometer System (NIRVSS) will study the nature of the hydrogen and use its spectrometer to distinguish between water and hydroxyl. NIRVSS will also be fitted with a spectrometer context imager to generate soil composition images and a long-wave calibration sensor to obtain surface temperature.

Mass Spectrometer Observing Lunar Operations (MSolo) will allow scientists to differentiate between gases coming from the lander and the ones emanating from the moon’s surface.

VIPER will be equipped with a lighting-cum-camera system to allow it to explore inside dark craters. The headlight and camera system will be able to operate in the extreme conditions of light and dark on the moon.

VIPER collects information, which will be used for determining the origin and concentration of water on the south pole. It will identify locations with the potential presence of water and other key resources that can be tapped to support future extended crewed missions.

The data collected from the rover will be used to determine landing sites for human missions under the Artemis programme. The solar-powered rover will sample water ice from different types of environments. The water ice on the lunar surface could be used by astronauts to create breathable air and rocket propellant.

The mission will end when the robot encounters periods of cold and dark lasting more than four Earth days. The 100-day stay will include numerous survival periods at designated safe havens.

Nasa awarded a $199.5m contract to Astrobotic to fly VIPER to the south pole of the moon in June 2020.

The US space agency will use Masten Space Systems’ XL-1 lunar lander to deliver the second set of VIPER instruments to the moon under the CLPS project in 2022.

Honeybee Robotics is responsible for developing the TRIDENT instrument for the rover.