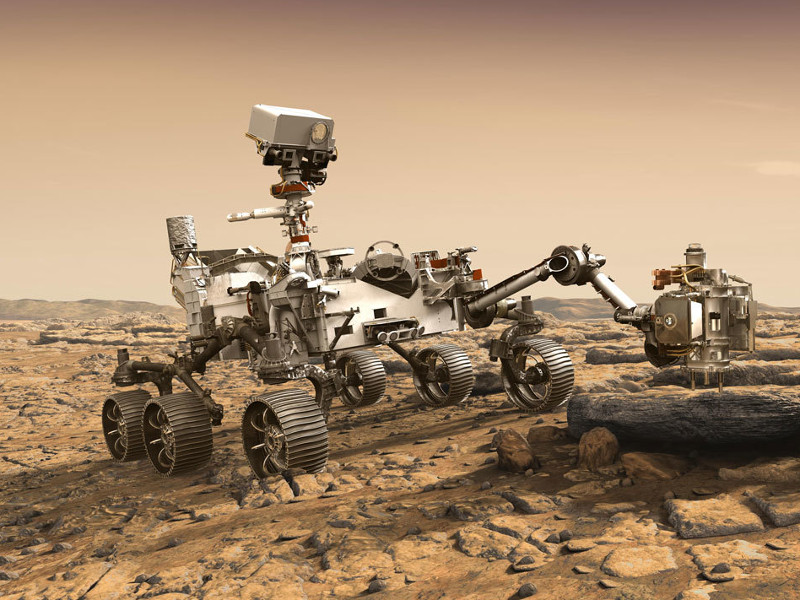 Mars 2020 rover is designed for the exploration of the red planet. Credit: NASA / JPL-Caltech. 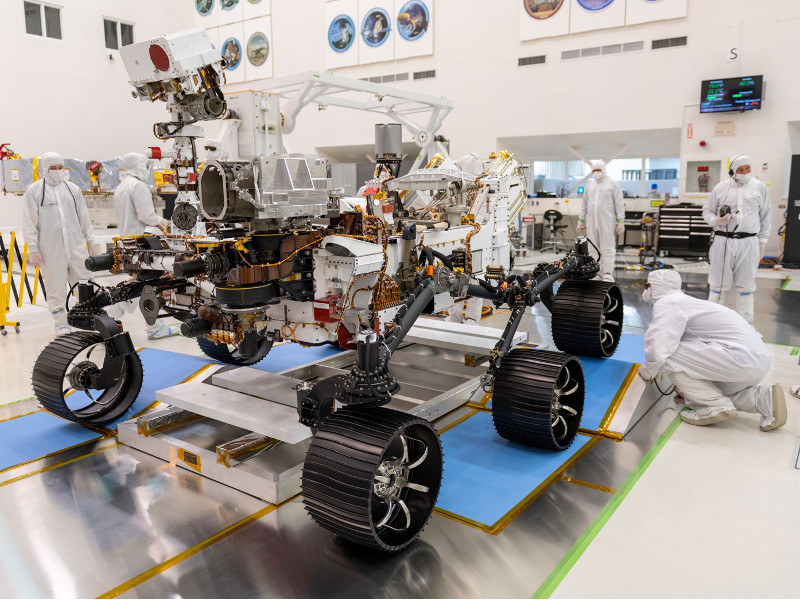 All the six wheels of the rover will be fitted with motors. Credit: NASA / JPL-Caltech. 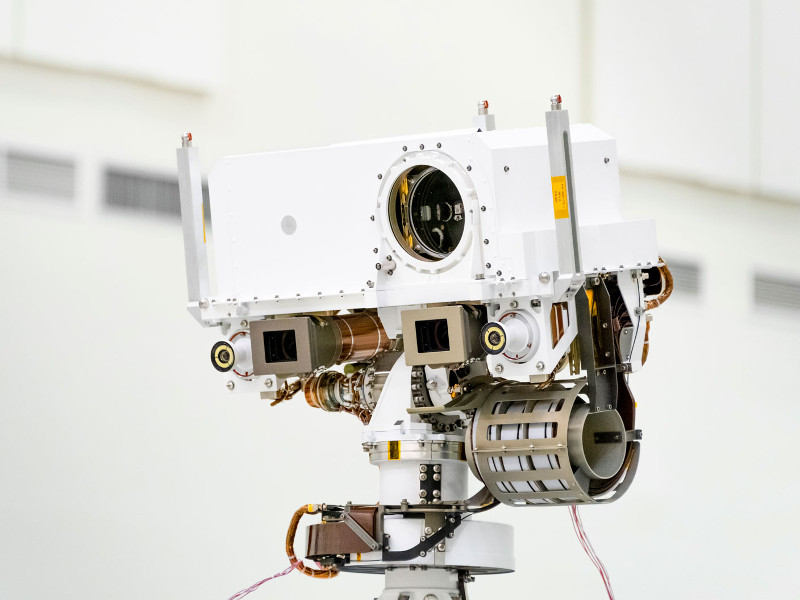 The rover will have a total of 23 cameras. Credit: NASA / JPL-Caltech. 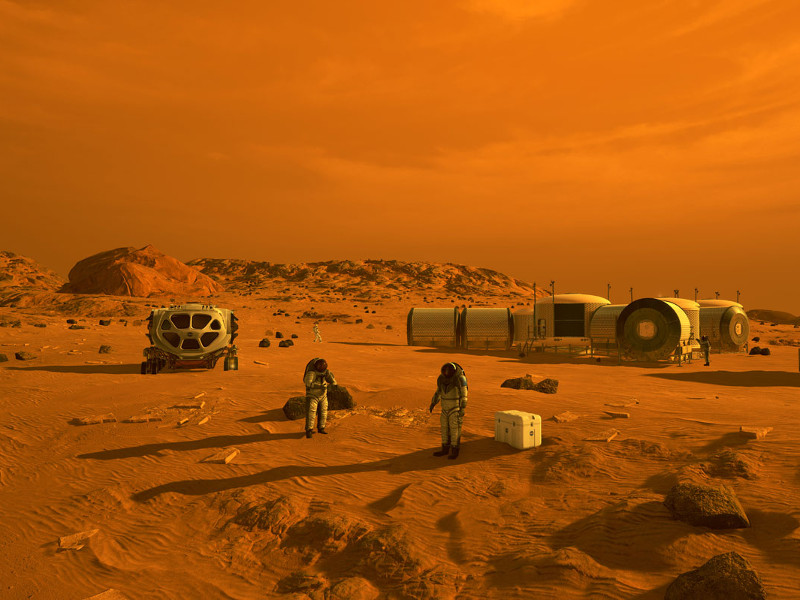 Mars 2020 rover will contribute to the human exploration of Mars in future. Credit: NASA. 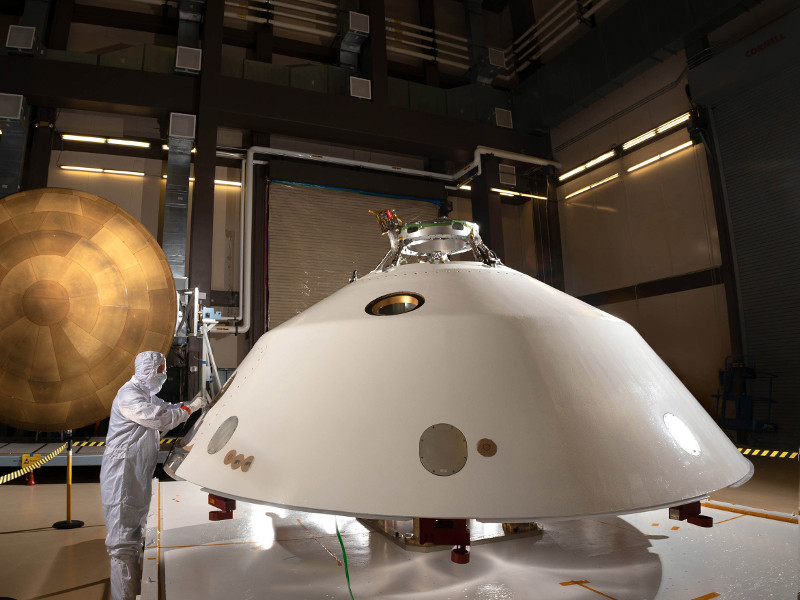 The aero-shell will protect the rover from intense heat during its descend to Martian atmosphere. Credit: Lockheed Martin Corporation.

Mars 2020 rover is being developed to explore Martian surface, with a primary objective of discovering habitability, origin and evolution of life on the planet. It will also support the future human explorations of Mars.

The mission forms a part of the NASA’s Mars Exploration Programme (MEP) which intends to explore the red planet. The rover’s design is based on NASA’s Curiosity rover.

Mars 2020 rover completed its first driving test in December 2019. Scheduled to be launched onboard an Atlas V-541 vehicle from Cape Canaveral Air Force Station, Florida, US, in July 2020, the rover will land on Jezero Crater of Mars in February 2021.

The rover will have a lifespan of 687 days and its operations will be managed by Jet Propulsion Laboratory (JPL).

Mars 2020 rover will feature a strong outer shell or body, called the warm electronics box. The body is designed to shield onboard computer and electronics from extreme temperatures on Mars.

The rover will have six wheels, each fitted with a motor. The forward and rear wheels will integrate steering motors, ensuring 360° movement. The rocker-bogie suspension system fitted to the rover will enable it to traverse over uneven terrains.

The vehicle will also be fitted with microphones that will have the capability to capture audio from Mars. The data collected by the rover will be transmitted through NASA’s deep space network (DSN).

The spacecraft of the Mars 2020 mission will be composed of a cruise stage, a descent stage, an aero-shell and the rover. The aero-shell will include a back-shell and a heatshield and will be attached to the bottom of the descent stage. It will safeguard the rover from heat while entering the Martian atmosphere.

Mars 2020 rover will carry an advanced camera system, Mastcam-Z, which will provide high-definitions images of the Martian surface. It will be fitted with a SuperCam that will examine rocks and soils of the planet.

“Mars 2020 rover is being developed to explore Martian surface, with a primary objective of discovering habitability, origin and evolution of life on the planet. It will also support the future human explorations of Mars.”

The robotic arm fitted to the rover can hold and use tools to extract samples from rocks, capture microscopic images and analyse the mineral composition of rocks and soil on Mars.

Other equipment on the rover will include a planetary instrument for X-ray lithochemistry, radar imager for Mars’ subsurface experiment (RIMFAX) instrument, and a scanning habitable environments with raman and luminescence for organics and chemicals (SHERLOC) spectrometer.

NASA’s solar-powered Mars Helicopter, an innovative feature of the rover, will be attached to the rover’s belly. The helicopter will be deployed upon finding a suitable location for conducting test flights at Jezero Crater. It will become the world’s first aircraft to fly on another planet.

Mars helicopter will weigh 1.8kg and will feature a fuselage similar to the size of a softball. It will be equipped with two counter-rotating blades that will rotate at 3,000rpm.

Mars Helicopter will also be equipped with built-in capabilities, including solar cells for charging lithium-ion batteries and heating mechanism, which will keep it warm during cold Martian nights.

The rotorcraft will conduct a 30-day flight test campaign with up to five flights. Its flight endurance will be gradually increased to a maximum of 90 seconds during the course of the campaign.

The rover will be powered by a multi-mission radioisotope thermoelectric generator (MMRTG). The generator will convert heat from natural radioactive decay of plutonium -238 into electricity.

Idaho National Laboratory (INL) will fuel and test the generator before its integration into the rover.

Lockheed Martin received a contract to provide the aero-shell for the rover in March 2006. The aero-shell was delivered in December 2019.

In May 2016, Sierra Nevada Corporation’s Space Systems received a contract from JPL to supply hardware for the Mars 2020 mission.

Space Systems Loral (SSL) is responsible for designing and building the camera focus mechanisms for the rover’s SHERLOC instrument.

Arizona State University was selected to design and operate a pair of colour panoramic zoom cameras for the rover in July 2014.