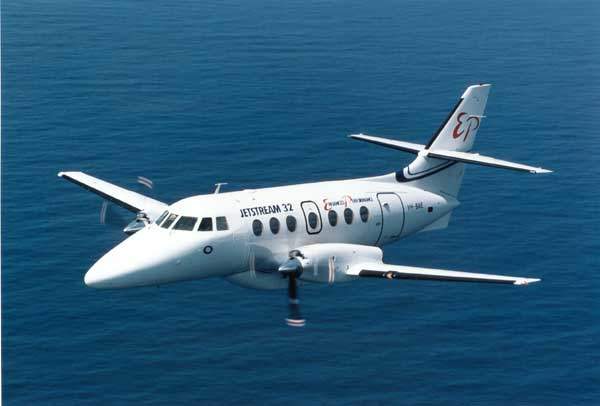 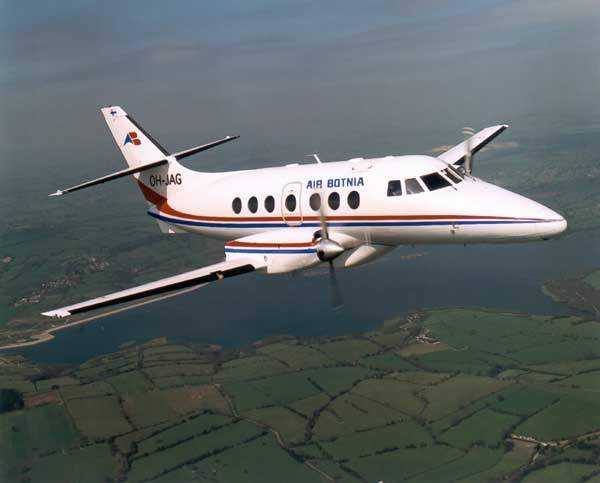 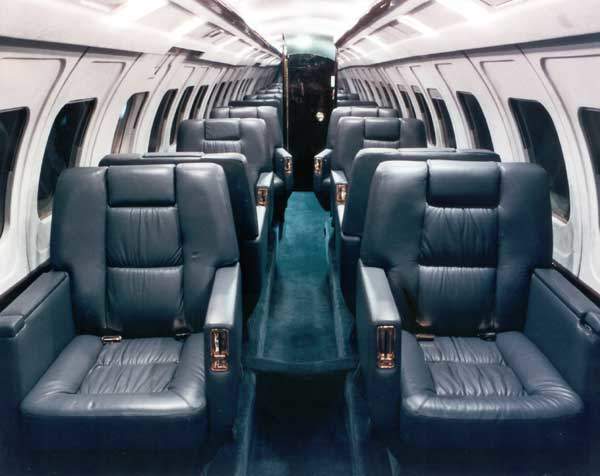 The interior of a Jetstream 31 flown by Corporate Flight Management, with ten leather seats. 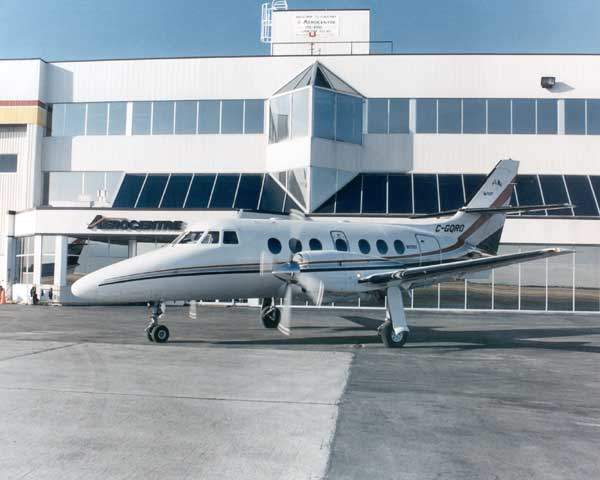 A Jetstream 32EP operated by Corporate Express of Canada. 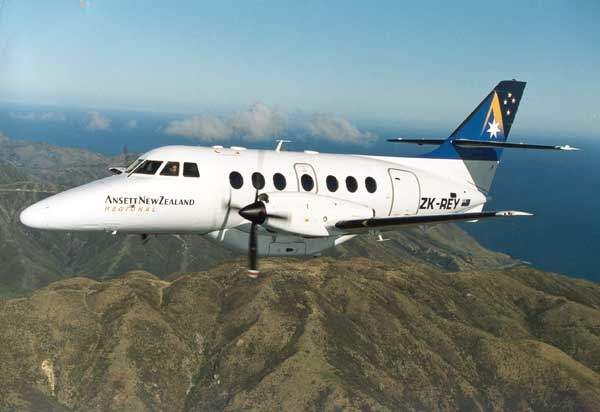 Jetstream 32 in the fleet of Ansett Aviation. 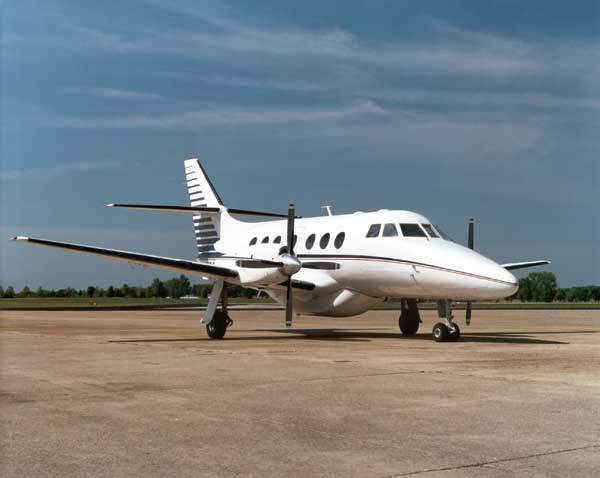 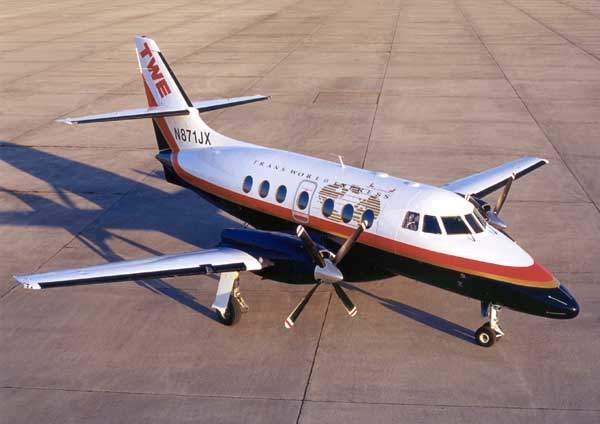 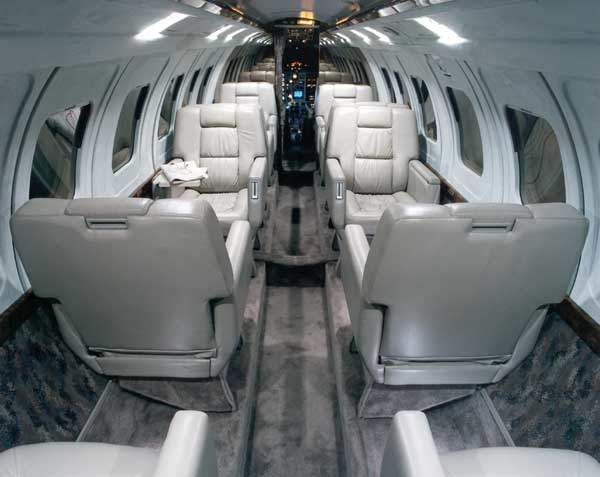 A typical J31 cabin interior with a ten-seat layout. 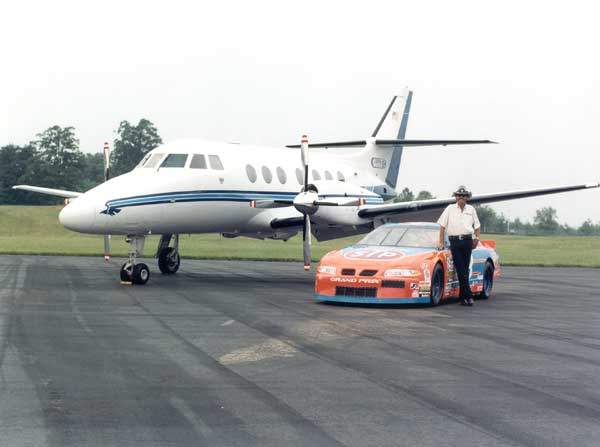 The enhancements to EP standard are available as an upgrade to Jetstream 32 aircraft and include improvements in the capability of the Goodrich braking system, the installation of drag reduction devices, propeller ground idle adjustment and V speed operation, alternative take-off flap settings and revisions to the flight manual. The enhancements to the braking system provide a substantial improvement in the aircraft’s short-field performance.

The flight deck was ergonomically designed for an efficient and comfortable working environment for the pilot and co-pilot. There is a dual flight instrumentation system and the system controls are grouped on the centre and roof panels accessible by both members of the crew. The central annunciator panel allows routine system monitoring and reduced pilot workload. The pilots have two direct vision windows that slide open for direct communication with ramp staff.

The aircraft is of aluminium alloy construction with fail-safe wing structure and semi-monocoque fail-safe fuselage. The 7.39m-long cabin can be configured as an 18 or 19 seat airliner with galley and toilet facilities, an eight or ten seat executive shuttle or as an air ambulance for two or four stretcher patients with seating for one to seven medical attendants.

Pressurisation and air conditioning are provided by an engine air bleed system, with warm air provided at floor level and cold air through overhead outlets. There is a separate flight deck temperature control.

The aircraft features easy access for inspections and maintenance, for example, the engines are fitted with large removable cowlings and the equipment is logically grouped by function.

The Jetstream 31 and the 32EP are fitted with Honeywell TPE331 engines. The engines burn 30 to 40% less fuel than previous generation engines. The engines are fitted with Dowty 106in (2.69m) reversing four-bladed metal propellers. An optional McCauley four-blade variable and reversible pitch fully feathering propeller is available for the Jetstream 32EP. The engines single shaft design provides rapid power response in the event of a missed approach or an emergency go-around manoeuvre.

The modular construction of the engine allows for easy and economical maintenance. The high air intake, paired with a rugged centrifugal compressor, provides high resistance to foreign object damage. Engine performance can be enhanced by the addition of an Automatic Power Reserve (APR) or a water-methanol injection system. The water-methanol injection system restores power towards the flat rated torque by increasing the mass flow through the engine for normal take-off under hot and high climatic conditions. The automatic power reserve restores power by up to 5% to the live engine in the event of engine failure on take-off.

There are two integral fuel tanks with two-stage engine driven pumps. The tanks are connected through a crossfeed valve. Each tank has overwing gravity refuelling.

The aircraft is fitted with hydraulically operated retractable tricycle landing gear with Dunlop wheels and tyres. The hydraulic nosewheel has 45° steering with a full range caster for towing. The wheels are fitted with anti-skid brakes as standard.

The aircraft is suited for conversion for special operations configurations, for example, military communications and exclusive economic zone patrol. Two Jetstream 31 aircraft customised with Tornado avionics systems were commissioned into the fleet of the Royal Saudi Air Force for training in advanced navigation systems.