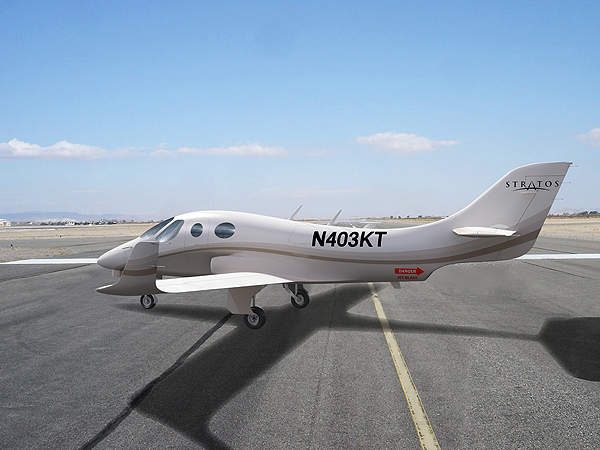 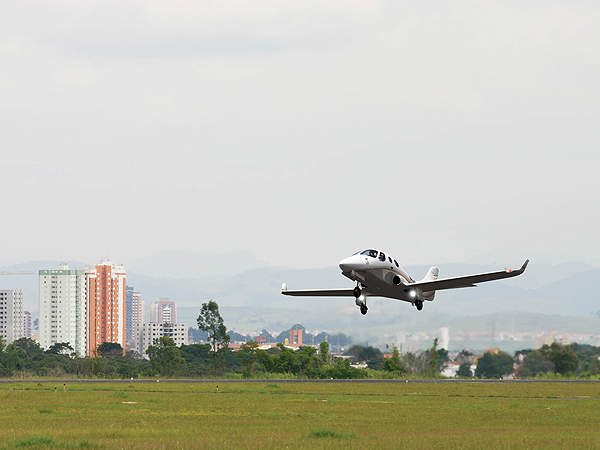 Stratos 714 can take-off from and land on unprepared airstrips and grass runways. Image courtesy of Stratos Aircraft. 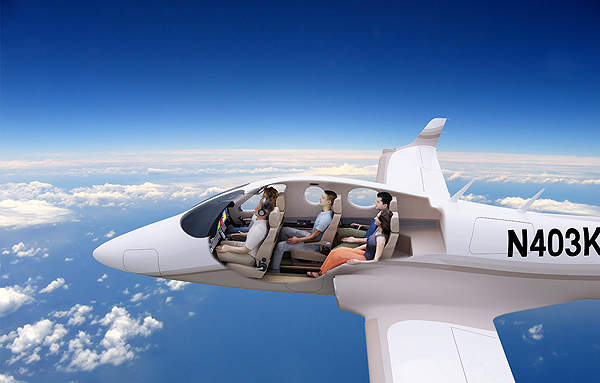 The five-seat configuration of Stratos 714 will feature the fifth seat behind the co-pilot's seat. Image courtesy of Stratos Aircraft. 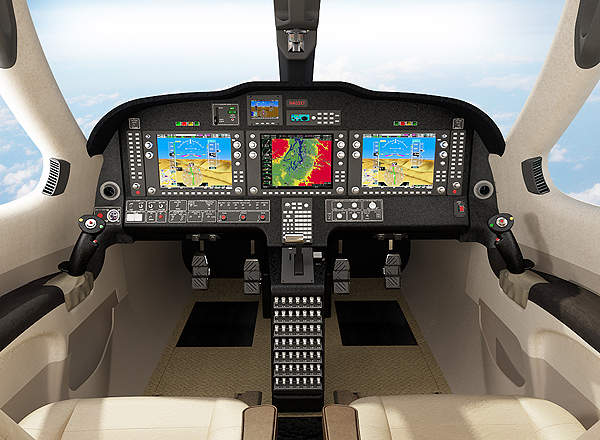 The Stratos 714 can carry two flight crew and two passengers onboard in a four-seat configuration. Image courtesy of Stratos Aircraft.

Stratos 714 is a single-engine light business jet designed and being developed by US-based Stratos Aircraft. The jet can fly from Miami to Seattle in seven hours using a single refuelling stop. The wind tunnel tests on Stratos 714 were carried out at the University of Washington Kirsten Wind Tunnel in August 2011.

The maiden flight of the Stratos 714 jet was completed in November 2016.

Aerodynamic design and development of the single-engine light business jet

“Wind tunnel tests on Stratos 714 were carried out at the University of Washington Kirsten Wind Tunnel in August 2011.”

The sleek and aerodynamic design of the Stratos 714 achieves more fuel efficiency compared to conventional business jets. Its airframe is built with advanced carbon-fibre composite materials to improve the strength-to-weight ratio, avoid corrosion, and optimise drag during flight.

The aircraft has been designed to maintain extensive laminar flow in the cruise speeds. It can operate both day and night from unprepared airstrips and grass runways.

The development programme for Stratos 714 was launched in December 2006. The aircraft was first unveiled at the European Business Aviation Convention and Exhibition (EBACE) held in May 2008.

Its full size cabin mock-up was showcased at EAA AirVenture in Oshkosh, Wisconsin, in July 2009. The tail design was unveiled in January 2011.

Features and cabin of the Stratos 714

It will be available in six different configurations, which include standard four seating, club seating, five seating, training, potty and cargo. The five-seat model will feature the fifth seat behind the co-pilot’s seat.

A 0.6m-wide and 1.2m-high cabin door is available on the left side for entry and exit of the passengers. It is fitted with an emergency exit door on the right side of the fuselage section.

“Its full cabin mock-up was showcased at EAA AirVenture in Oshkosh, Wisconsin, US, in 2009. The tail design was unveiled in 2011.”

The glass cockpit of the aircraft is integrated with two primary flight displays and a single multifunctional display in order to exhibit data related to navigation, flight instrumentation, fuel and the engine to the flight crew.

The Stratos 714 is powered by a single Williams International FJ44-3AP two-shaft turbofan engine rated at 13.5kN of thrust. The engine is mounted at the aft of the cabin to produce high thrust-to-weight ratio and minimise fuel consumption and operating costs.

Landing gear and performance of the Stratos 714 light business jet

The retractable tricycle type undercarriage of the Stratos 714 is hydraulically actuated by a gear switch. It is fitted with a single-wheeled nose gear and two main gear legs. The main gear retracts into wings while the nose gear resiles into the forward fuselage upon its take-off.