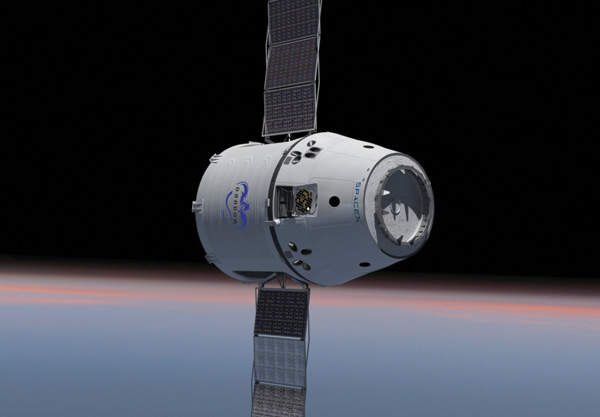 The Dragon is the first commercial spacecraft to dock at the International Space Station. Image courtesy of SpaceX. 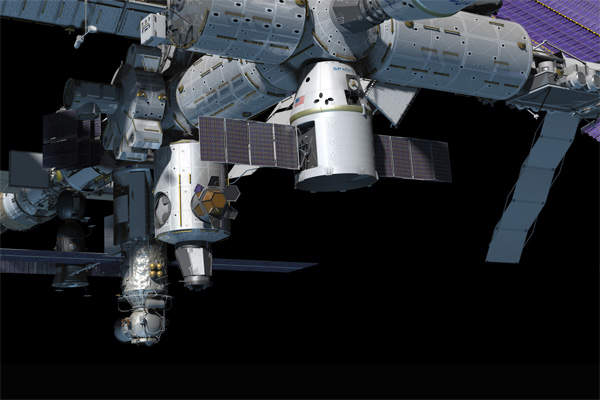 The spacecraft has a bell-shaped ballistic capsule, a nose cone cap and a trunk. Image courtesy of SpaceX. 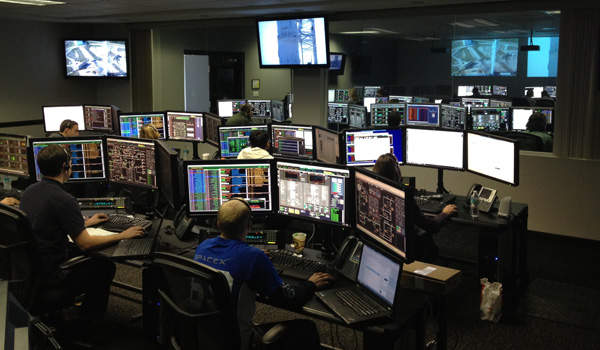 The Dragon spacecraft can be operated with controls and commands from the ground stations and by the ISS crew. Image courtesy of SpaceX. 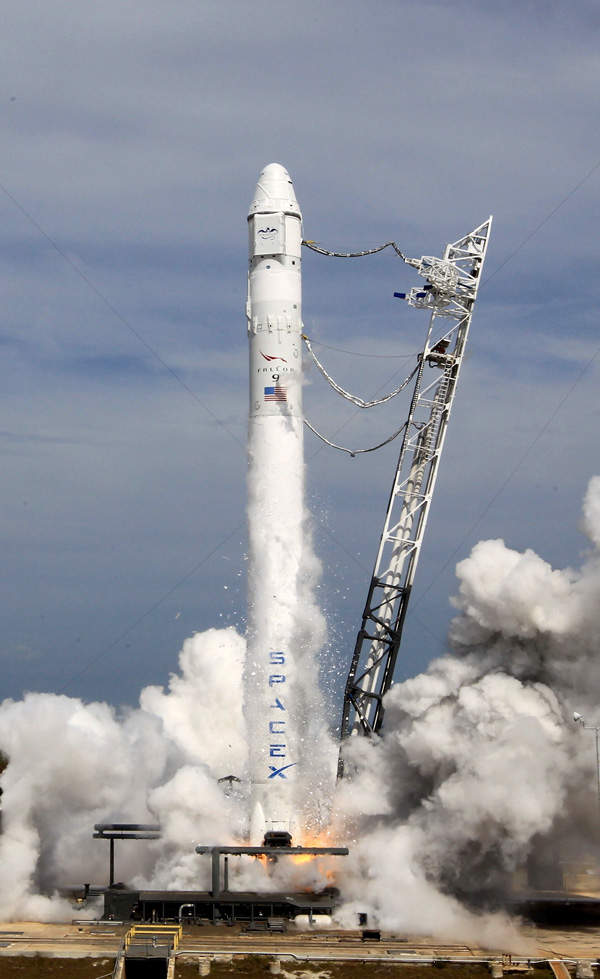 The Dragon was launched into the low earth orbit on the Falcon 9 vehicle. Image courtesy of SpaceX. 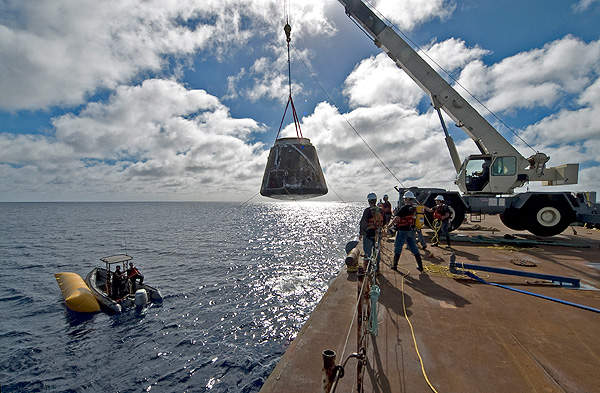 Recovery of the Dragon capsule of the COTS Demo Flight 1, in December 2010. Image courtesy of SpaceX. 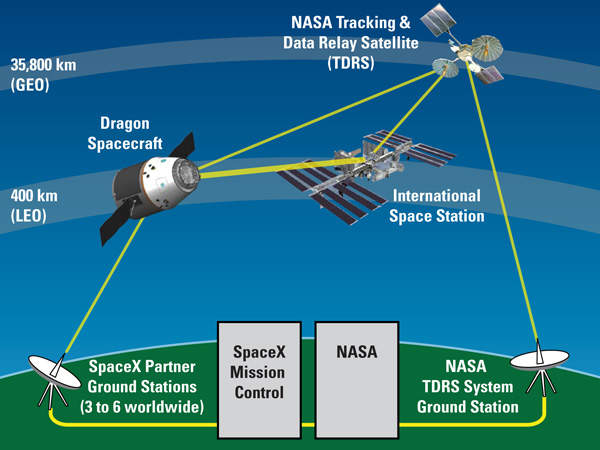 Image showing coordination of the Dragon spacecraft with the International Space Station. Image courtesy of SpaceX. 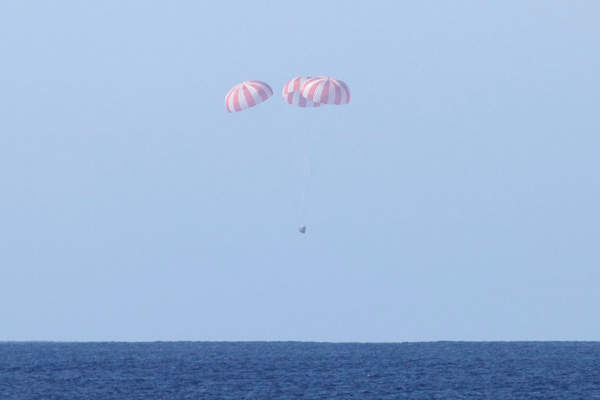 Parachutes ensure stable and controlled descent and landing of the capsule. Image courtesy of SpaceX. 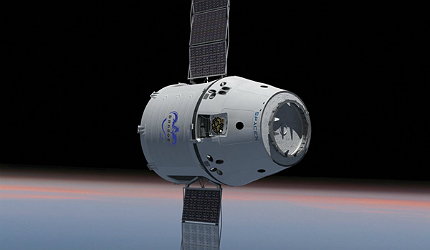 The Dragon is a commercial transportation spacecraft developed by California-based Space Exploration Technologies (SpaceX). It is designed as a reusable resupply spacecraft that can transport crew and cargo to the International Space Station (ISS). The spacecraft can then be recovered from the space orbit.

Dragon has been developed in place of the retired space shuttle fleet of Nasa. The first cargo version of the spacecraft was launched into low Earth orbit space using the Falcon 9 vehicle from Cape Canaveral Air Force Station, in the state of Florida, in December 2010. The SpaceX Dragon became the first private spacecraft to berth at the ISS, on 25 May 2012.

The Dragon was docked to the ISS using the 17.6m robotic arm, Canadarm2 mobile servicing system (MSS). The capsule returned to the Earth’s atmosphere and landed in the Pacific Ocean on 31 May.

SpaceX started the first of the 12 contracted supply transport missions to and from the ISS in October 2012. The crew version is expected to be ready for its test flight in 2015. It will have a capacity to carry seven crew members.

The first demonstration capsule, COTS Demo Flight 1, was launched in December 2010. It was recovered from the Pacific Ocean off the coast of California. The second launch COTS Demo Flight 2+ was made on 22 May 2012.

Dragon was selected in August 2006 for Nasa’s Commercial Orbital Transportation Services (COTS) development programme, initiated in 2005. The space transportation company signed the contract with Nasa under the Commercial Resupply Services programme in December 2008. The $1.6bn contract under the COTS programme is aimed to allow the private company to carry about 20,000kg of resupplies to the ISS. The contract value is increasable to $3.1bn.

The space complex is currently served by the Russian, Japanese and European resupply spacecraft. SpaceX also signed a contract with Nasa for the Commercial Crew Development (CCDev) programme, in April 2011. Development of the Dragon is expected to have cost about $1bn to SpaceX, including Nasa’s contribution of $381m.

The SpaceX Dragon includes a bell-shaped ballistic capsule, a nose cone cap and a trunk equipped with two solar arrays. The 6.1m high Dragon spacecraft has a diameter of 3.7m.

"SpaceX also signed a contract with Nasa for the Commercial Crew Development (CCDev) programme, in April 2011."

The capsule of the spacecraft is recoverable and can be used for multiple missions. The capsule is protected from heat through a tiled phenolic impregnated carbon ablator (PICA) heat shield and SpaceX proprietary ablative material (SPAM) at the backshell. The PICA material also provides protection during its re-entry into the Earth’s atmosphere at high velocities (at 3.5Gs).

The trunk has two solar arrays consisting of eight panels. The cone cap jettisons after the launch of the spacecraft and is not recoverable. The capsule has a dry mass of 4,200kg and can carry payloads of 6,000kg during launch and up to 3,000kg during its return. It has an endurance of one week to 210 days.

The spacecraft has two fault tolerant avionics system. It can be operated with the controls and commands from the ground station and by crew from the orbiting space station. The cabin has environmental control systems for the astronauts to enter the spacecraft.

Communication equipment onboard include a COTS UHF Communications Unit (CUCU) for communicating between the spacecraft and the ISS, a crew command panel (CCP) for crew to command the Dragon from the ISS, plus an S-band system for controlling it from ground stations or through tracking and data relay systems (TDRSS). It is also equipped with LIDAR and thermal imagery systems.

The CRS and DragonRider spacecraft versions will be similar in design. The crew version will, however, be equipped with onboard control systems, an escape system and a life support system. The life support system is being developed in association with the Paragon Space Development Corporation.

The Dragon spacecraft was launched using the Falcon 9 booster. Its capsule is equipped with 18 Draco thrusters powered by nitrogen tetroxide and monomethylhydrazine (NTO/MMH) propellants for controlling attitude and orbital manoeuvring.

On-orbit manoeuvring, re-entry attitude and de-orbit burns use about 90lbf (400N) of thrust. Dual drogue parachutes and 116ft diameter main parachutes will ensure that the spacecraft has stable and controlled descent and a safe landing.

SpaceX plans to develop a deployable landing gear system for direct propulsive landing of the capsule on the earth. It will use eight upgraded SuperDraco thrusters.