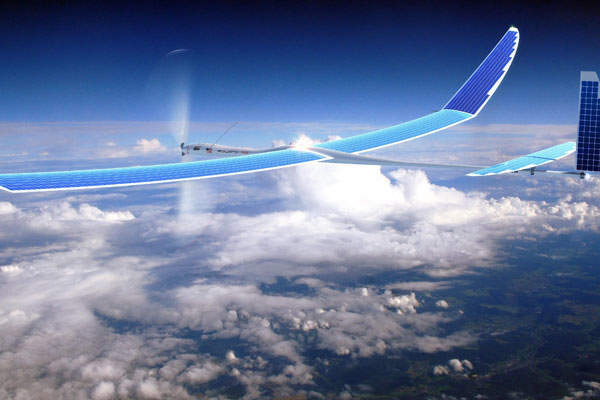 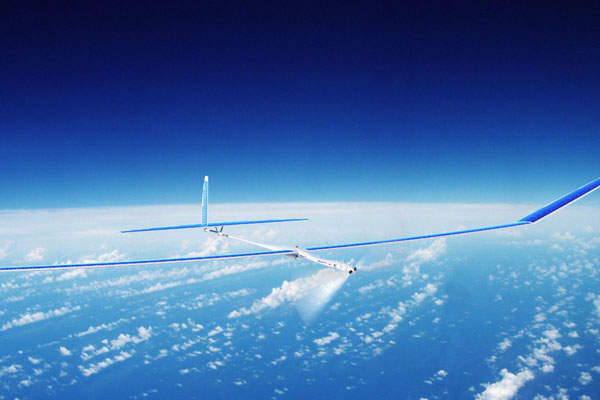 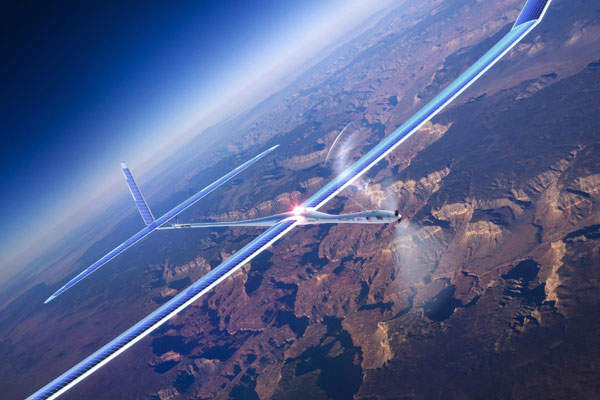 The satellite will have an endurance of over five years. Image courtesy of Titan Aerospace. 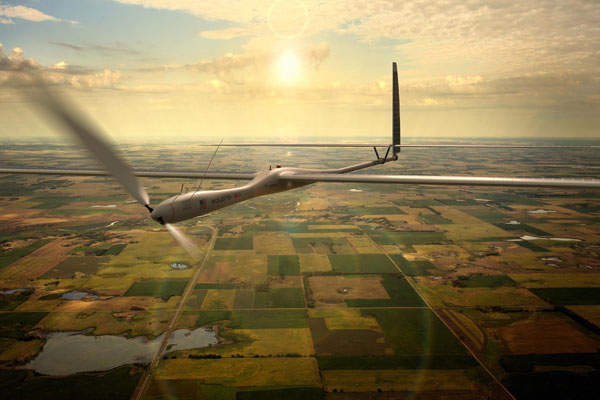 The satellite can be used for agricultural applications. Image courtesy of Titan Aerospace. 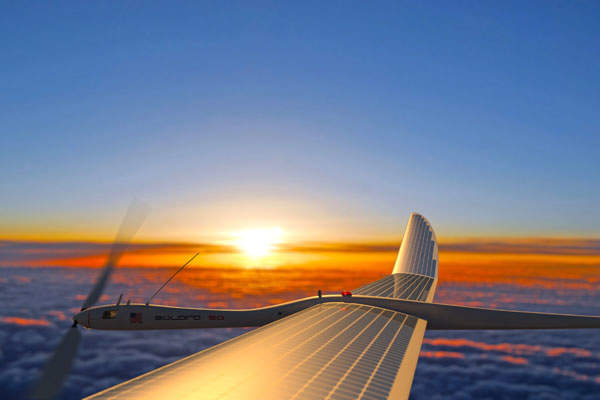 Solara 50 features about 3,000 solar cells fitted on its upper-wing, the elevator and the horizontal stabiliser surfaces. Image courtesy of Titan Aerospace.

Titan expects to roll out the Solara 50 for operations in 2015.

Solara 50 is the world’s first solar powered unmanned aircraft that can function as an atmospheric satellite. The aircraft was unveiled by Titan Aerospace at the Association of Unmanned Systems International (AUVSI) conference and exhibition held at Washington in August 2013.

The aircraft is currently under development at Moriarty, New Mexico. It can operate at an altitude of 65,000ft (20km) on unaffected weather disturbance position, which lies above the sun-blocking and violent weather cloud, for up to five years. It will be capable of carrying 70lb of telecom, reconnaissance, atmospheric sensors and other payloads. Titan expects to roll out the Solara 50 for operations in 2015.

Titan is also developing Solara 60, a bigger version of the Solara 50, which will be capable of carrying up to 250lb of payload. The State of Mexico awarded a grant to Titan Aerospace in February 2013 to assist in fabricating the Solara atmospheric satellites.

Titan Aerospace has completed the installation of an autoclave in Moriarty to manufacture high-performance and lightweight components from advanced composites, which are being used for the construction of the aircraft’s wing spars. TriLumina will provide its laser arrays known as Light Engines which will enable in moving data for voice/data services and other bandwidth-intensive operations from the Solara platform.

"The upper wing, the elevator and the horizontal stabiliser surfaces of the Solara 50 are enclosed with 3,000 solar cells, which can produce up to seven kilowatts of power."

The upper wing, the elevator and the horizontal stabiliser surfaces of the Solara 50 are enclosed with 3,000 solar cells, which can produce up to seven kilowatts of power.

The additional energy generated from the sun during the day will be stored in lithium ion battery banks located inside the wing. The aircraft can hover during the night by shifting the propulsion, payload and systems to the battery banks to utilise the accumulated solar power.

The Solara 50 will have a length of 15.5m (54ft) and a wingspan of 50m (164ft). It can be launched with a catapult and has the ability to launch gently on its Kevlar coated belly.

The solar powered plane can be used for atmospheric and weather monitoring purposes. It will provide uninterrupted monitoring of significant meteorological events and will enable superior predictability models and a better understanding of the ecosystem.

It will provide connectivity to the geographically-isolated areas and also continuous stream of real-time data around the world by mapping the Earth’s growing transportation system and ever evolving landscapes.

The satellite will be cost-effective and easier to maintain as it can be brought back for maintenance or payload upgrades and reuse, which is not possible in the case of the conventional stationary orbiter satellites.

The payload bay of the Solar 50 will be equipped to carry about 250lb of equipment into the atmospheric orbit. The satellite will feature state-of-the-art autopilot system that can fly, takeoff and land the plane autonomously. The developer will apply its proprietary technologies bringing down the capital and operating expenses of major communications networks.

"The developer will apply its proprietary technologies bringing down the capital and operating expenses of major communications networks."

The satellite also will include a variety of onboard sensors and high speed radio links which will transmit telemetry data back to the ground station. The satellite platform will have the reach of more than one hundred terrestrial cell towers and provide mobile coverage for more than 17,800km2.