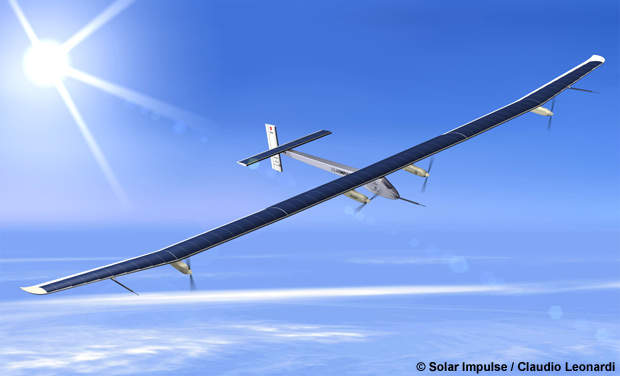 Solar Impulse is a solar plane intended to run solely on solar energy. 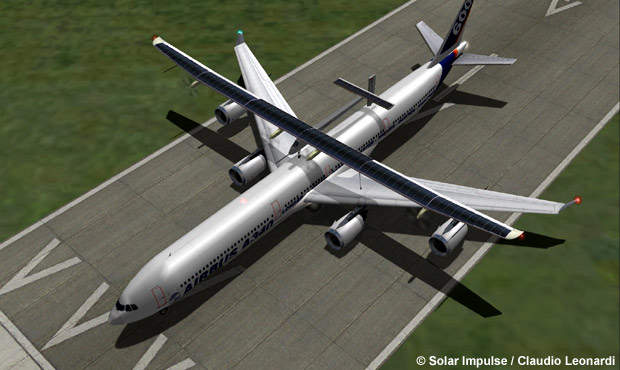 The Solar Impulse HB-SIA prototype has a similar wingspan to that of an Airbus A340. 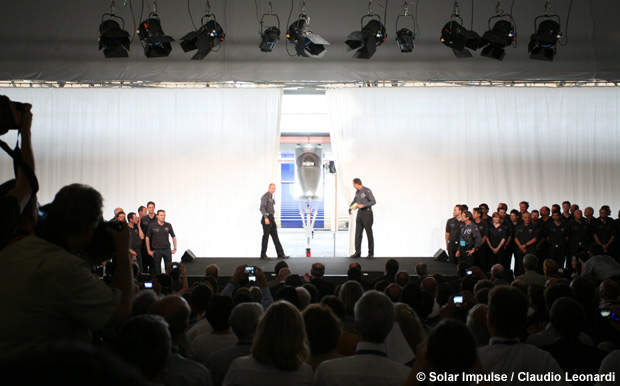 Unveiling of the first Solar Impulse HB-SIA prototype on 26 June 2009. 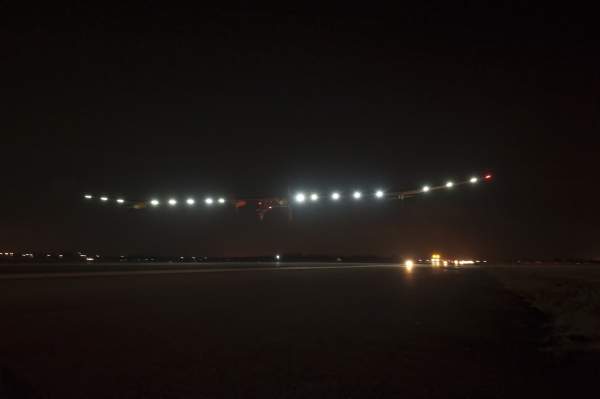 The solar-powered plane has successfully completed its maiden transcontinental flight from Madrid, Spain, by landing at Rabat Sale airport in Morocco. Image courtesy of © Solar Impulse 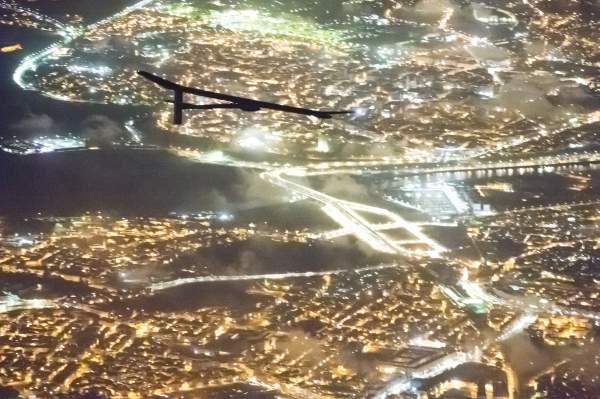 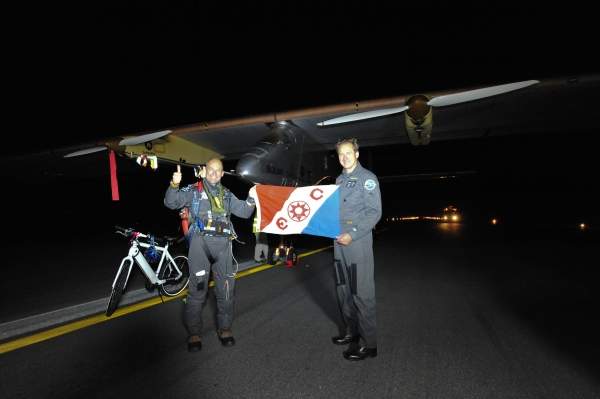 The Solar Impulse landed in Madrid from Switzerland on the first stop of the journey, which covered 1,554 miles. Image courtesy of © Solar Impulse 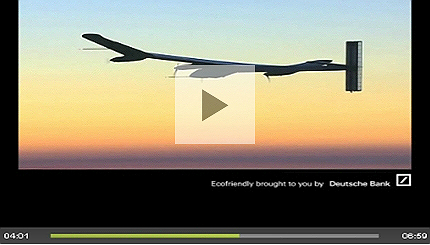 Solar Impulse is a solar plane intended to run solely on solar energy. The €90m project is being promoted by Swiss balloonist Bertrand Piccard and businessman and pilot André Borschberg. A project feasibility study was carried out by the École Polytechnique Fédérale de Lausanne (EPFL), the official scientific advisor of the project, in Switzerland in 2003, and the first prototype of the aircraft, HB-SIA, was unveiled on 26 June 2009. The maiden flight was made in December that year.

Demands on efficiency and the need to portray a more eco-friendly image have resulted in a flurry of green unveilings.

Solar Impulse HB-SIA has a large wingspan and a non-pressurised cabin. It is much lighter than conventional aircraft, with the large wingspan layered with solar cells to supply energy to the engines. It is a one-pilot aircraft that is capable of taking-off autonomously.

The test flights and the first night flight of the prototype took place in July 2010. The major objective of HB-SIA was to complete a day-night-day flight of 36 hours, completely propelled by solar energy. The test flights were aimed to optimise and adjust the balance between energy consumption, weight, performance and controllability. The first cross border flight by the plane was made between Switzerland and Belgium, in May 2011.

The aircraft completed its first intercontinental flight in June 2012. It flew 830km in 19 hours and eight minutes, from Madrid, Spain, to Rabat, Morocco, to prove the potential of solar powered air travel.

The final solar aircraft, a two-seater HB-SIB with a pressurised cabin, will be built in 2013-14 to make long-haul, non-stop flights. The final aircraft will go on a 20-to-25-day world tour with five stopovers for changing pilots. With pressurisation, the aircraft will be able to gain a maximum altitude of 12,000m.

The HB-SIA has a 63.4m wingspan and weighs 1,600kg. The long wingspan provides space for 12,000 ultra-thin solar cells which absorb solar energy. The fuselage of the solar aircraft is very small in comparison to the wingspan.

"Solar Impulse’s large wingspan is layered with solar cells to supply energy to the engines."

The aircraft is constructed from composite carbon-fibre materials using a sandwich structure to make it light. The upper surface of the wings is layered with encapsulated solar cells, while the undersides are covered with flexible film.

There are 120 carbon-fibre ribs placed at 50cm intervals throughout the frame between these two layers, which provide the aircraft with an aerodynamic shape..

Flight of the Century – long-range electric flight becomes a reality

In July 2012 Flight of the Century will set out to break all speed and altitude records for a manned electric aircraft.

Solar Impulse uses solar energy instead of jet fuel. Solar energy is then converted to different forms of energy at various stages of the flight.

The aircraft receives energy equivalent to 1,000W for each square metre of wing surface. Over the day it averages at 250W. It features 200 square metres of photovoltaic cells and a 12% total efficiency of the propulsion chain. With this energy, each engine achieves an average 8hp of light power.

The energy is captured by 12,000 ultra-thin monocrystalline silicon cells layered on the upper surfaces of the wings and horizontal stabiliser at the rear side of the aircraft.

"The test flights and the first night flight of the HB-SIA prototype were completed in July 2010."

Each cell is 150-microns thick and chosen for its efficiency, lightness and flexibility. These solar panels generate electricity during the day to propel the plane. The extra energy required for the night flight is stored in the lithium polymer batteries.

The maximum energy density is 220Wh/kg, while the accumulators for the night flight weigh 400kg, which is a quarter of the total mass of the plane. Therefore, a successful night flight of HB-SIA requires maximising aerodynamic performance and optimising the energy chain. 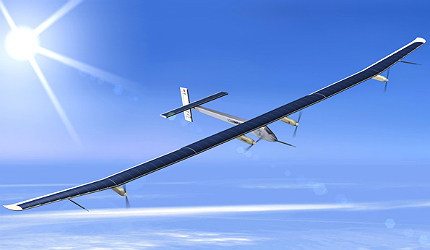 Solar Impulse uses solar energy instead of jet fuel. Solar energy is then converted to different forms of energy at various stages of the flight.

The aircraft has four pods, each comprising of a motor, a polymer lithium battery consisting of 70 accumulators and a management system which controls temperature and charge / discharge. The thermal insulation conserves the heat radiated by the batteries and keeps them functioning even at the extreme temperature of -40°C, encountered at 8,500m.

HB-SIA carries four propeller engines, which are powered by 100kg lithium batteries. The twin-blade propellers have a 3.5m diameter. Each engine has a maximum power of 10hp and is equipped with a reducer which limits the rotation of each propeller to between 200rpm and 4,000rpm.

The Solar Impulse cockpit accommodates a single pilot. The size and weight of the batteries limits the size of the cockpit. The instrumentation panel acts as a power status summary indicator which shows revolutions per minute and temperature for the four engines. This enables the pilot to monitor the condition of the flight in two key parameters – bank angle and side slip.

The cockpit includes a series of slider bars, which display the condition of batteries or energy accumulators. The cockpit also features environmental control and life support systems, which erase the carbon dioxide and humidity generated by the human body.

The final Solar Impulse aircraft, with a wingspan of 80m, will be constructed in 2013-14.

"HB-SIA is made from composite carbon-fibre materials using a sandwich structure to make the it light."

The batteries of the final aircraft are expected to be lighter and more efficient.

The Solar Impulse HB-SIB is scheduled to make a world tour in 2014 near the equator, primarily in the northern hemisphere.

Solar Impulse is the combined effort of a group of firms. Solvay, the international chemicals and pharmaceuticals group, brings its expertise in plastics and polymers technology to the HB-SIA project, while Omega’s electromechanical system has been used to test the aircraft’s energy system. It also developed instrumentation for landing. Décision was the collaborator for key structural elements of the plane.

Swisscom developed tools to permit communication between the aircraft and mission control from anywhere around the world. Financial support for the project has come from Deutsche Bank, Solvay, Schindler and Omega.

Technical expertise has been provided by EPFL, the European Space Agency and Dassault Aviation.