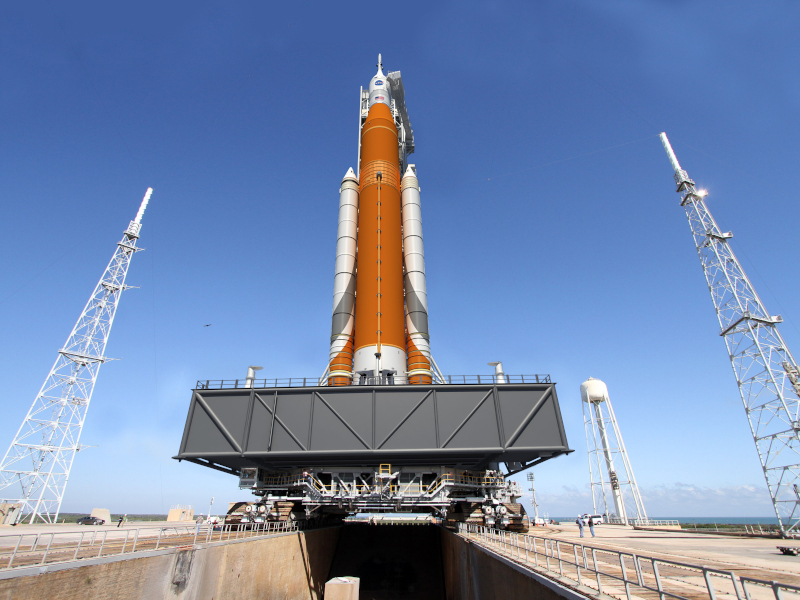 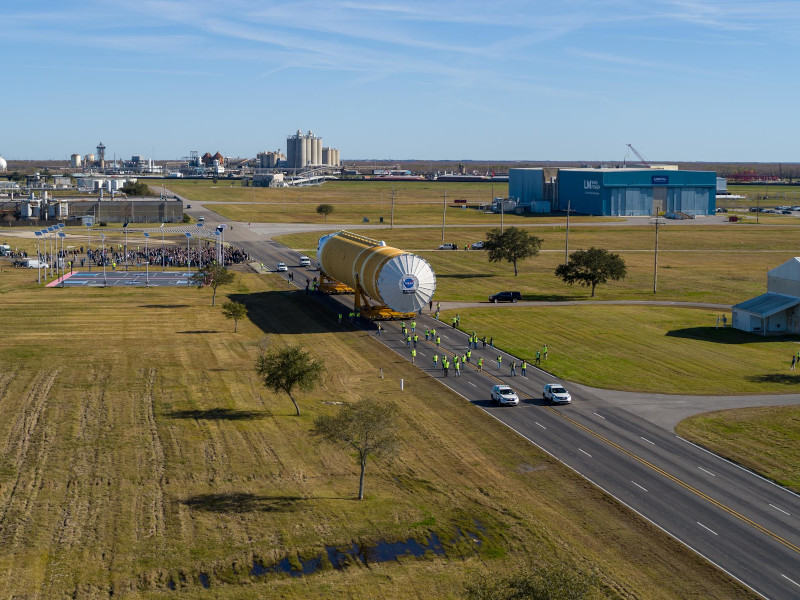 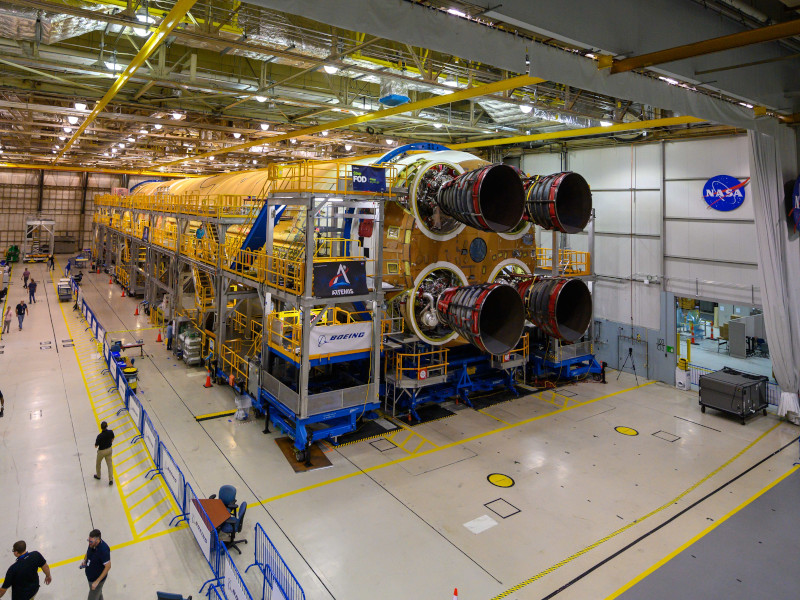 The core stage of the rocket will be powered by four RS-25 engines. Credit: Nasa. 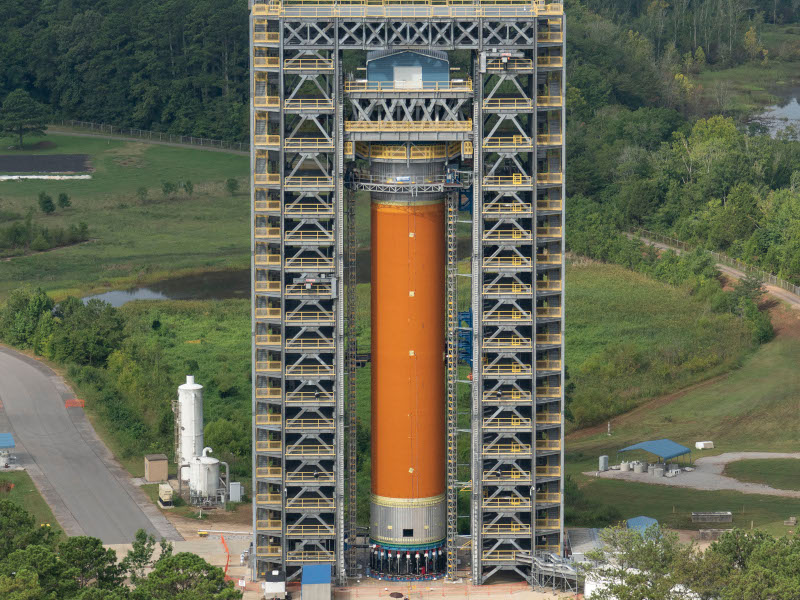 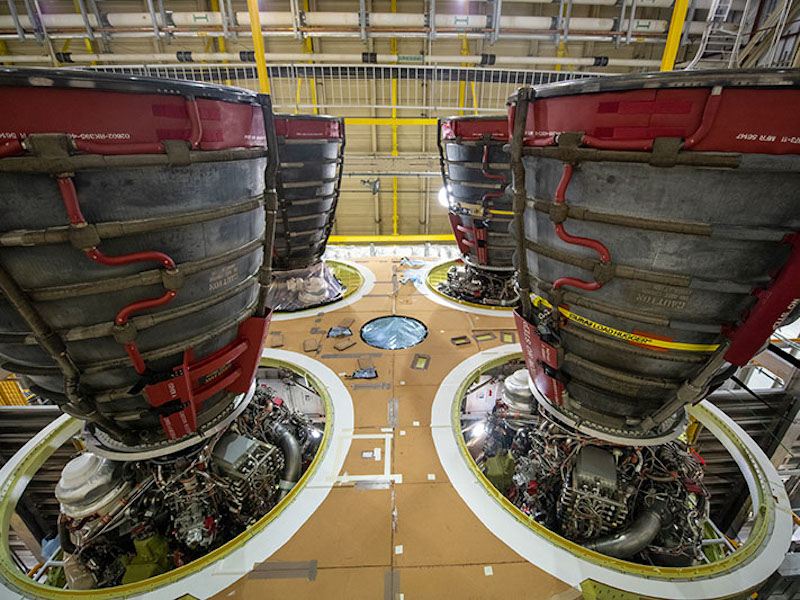 The RS-25 engines will produce more than 2Mlb of thrust. Credit: Aerojet Rocketdyne.

Space Launch System (SLS) is a next-generation super-heavy-lift launch vehicle being manufactured by Boeing for Nasa. It will be used in human exploration missions beyond Low Earth Orbit (LEO).

SLS will be the only rocket with the capability to carry Orion and astronauts, as well as large cargo to the moon during a single mission. Its flexible and evolvable design will allow the rocket to carry out robotic scientific missions on the moon, Mars, Saturn and Jupiter.

The SLS rocket is a part of the Artemis programme, which intends to land humans on the moon by 2024 by using innovative technologies for exploring deeper lunar space.

The rocket will be launched from the Nasa’s Kennedy Space Centre in Florida, US, for its first Artemis I lunar mission. The total funding required for the SLS programme is approximately $22.6bn.

Nasa unveiled the development plans of the SLS in 2011. The preliminary design review (PDR) of the system was completed in 2013. Nasa evaluated the RS-25 engines for the SLS between 2015 and 2017.

“SLS will be the only rocket with the capability to carry Orion and astronauts, as well as large cargo to the moon during a single mission.”

The RS-25 engines were successfully integrated with the SLS at Nasa’s Michoud Assembly Facility (MAF) in November 2019.

The first SLS liquid-fuelled rocket stage was unveiled in December 2019, which will be transported to Stennis Space Centre in Mississippi, US.

The launch vehicle stage adaptor (LVSA) will connect the SLS core stage with the interim cryogenic propulsion stage (ICPS). The LVSA segment will also provide protection for the electrical devices installed in the propulsion systems during launch time.

SLS’ first test flight Artemis I will use Block 1 configuration for launching uncrewed Orion spacecraft at 40,000 miles beyond the moon for testing the performance of the integrated system. It will also carry secondary payloads, including 13 small satellites, which will be deployed in deep space.

Nasa’s Barge Pegasus will be used for the transportation of SLS core stage to Stennis Space Centre for testing and will be subsequently moved to Kennedy for the integration of SLS at vehicle assembly building.

The avionics computer software required for the SLS is being developed at Nasa’s Marshall Space Flight Center in Huntsville, US.

The core stage of the rocket will support the payload weight, upper stage and crew vehicle. It will be fitted with four RS-25 engines and two five-segment solid rocket boosters.

The first SLS configuration, Block 1, will have the capacity to send 26t of payload to orbit beyond the moon. Upon reaching space, ICPS will send Orion to the moon. The first three Artemis missions will be performed using a Block 1 rocket with an ICPS.

The second configuration of the rocket is referred to as the Block 1B crew vehicle. It will have a more powerful exploration upper stage (EUS) to carry out more ambitious missions. The vehicle will have the capacity to carry up to 37t of payload, including Orion vehicle and large cargo in a single launch.

The final SLS configuration, Block 2, will generate 11.9 million lb (Mlb) of thrust and will be able to carry 45t of cargo to the moon, Mars and other deep-space destinations.

The SLS core stage will be powered by four RS-25 engines developing a thrust of 512,000lb.

The Block 1 ICPS will be powered by an RL 10-C1 engine with a thrust of 24,854lb, while the Block 1B exploration upper stage of the rocket is powered by four RL10 engines. The engines will also have the composite over-wrapped pressure vessels and reaction control system thrusters.

The launch vehicle will have two shuttle-derived solid rocket boosters, which will be used for the initial flights. Boosters will also include new avionics, propellant design and case insulation.

Nasa contracted Boeing for the production of ten SLS core stages and also up to eight exploration upper stages to support the Artemis missions in October 2019.

Aerojet Rocketdyne supplied four RS-25 engines to Nasa. Northrop Grumman is the main contractor for providing the boosters for SLS.