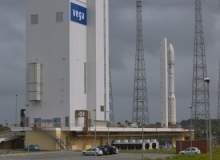 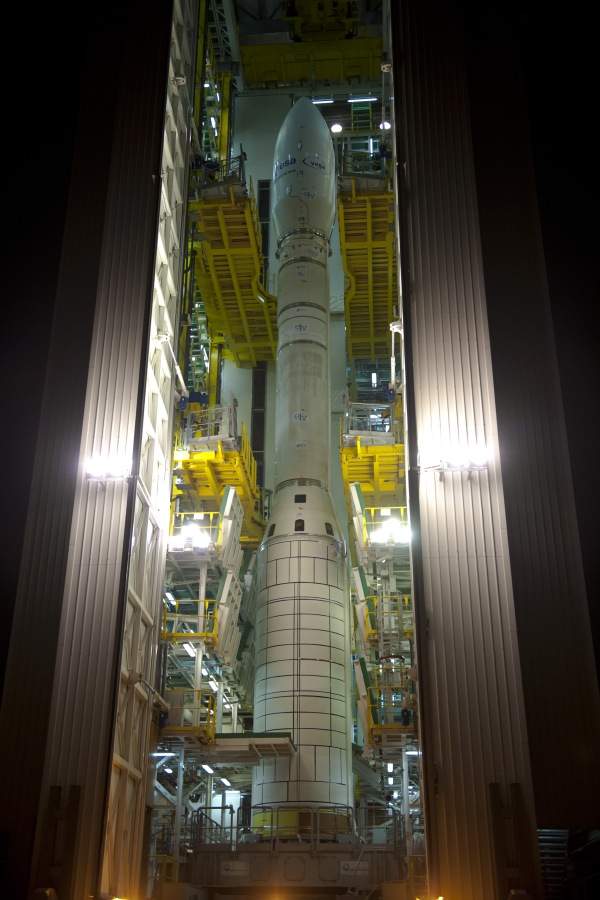 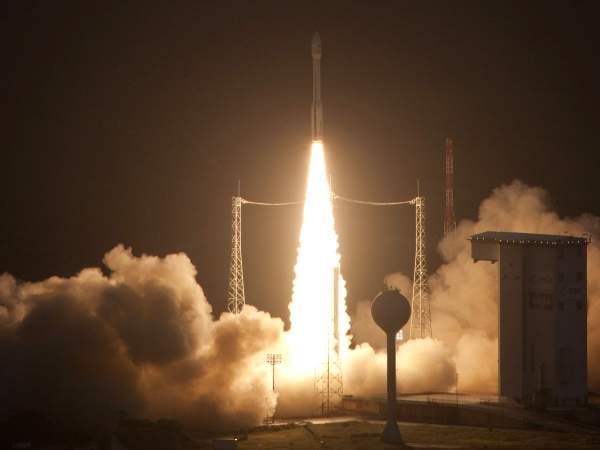 Vega taking off from Europe's spaceport in Kourou, French Guiana, on its maiden flight on 13 February 2012. Image courtesy of ESA - S. Corvaja, 2012. 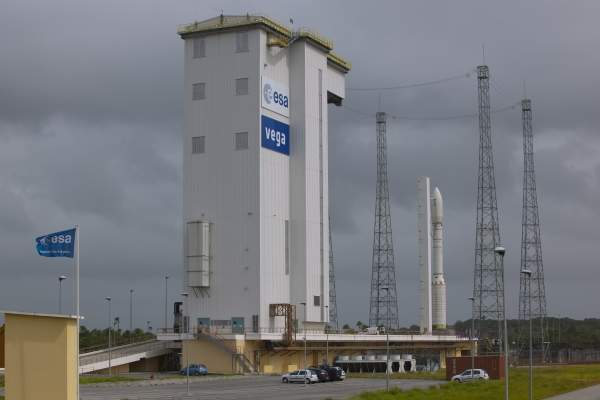 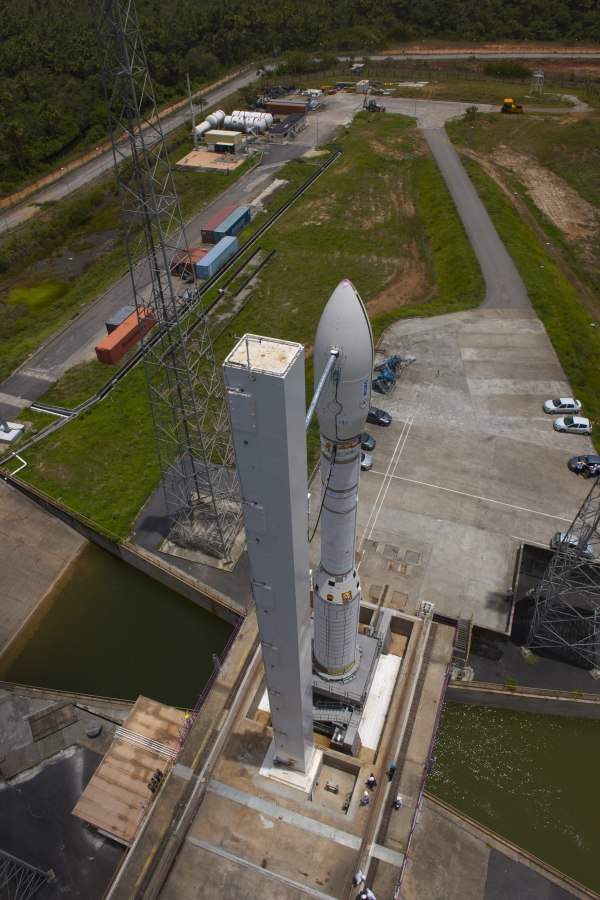 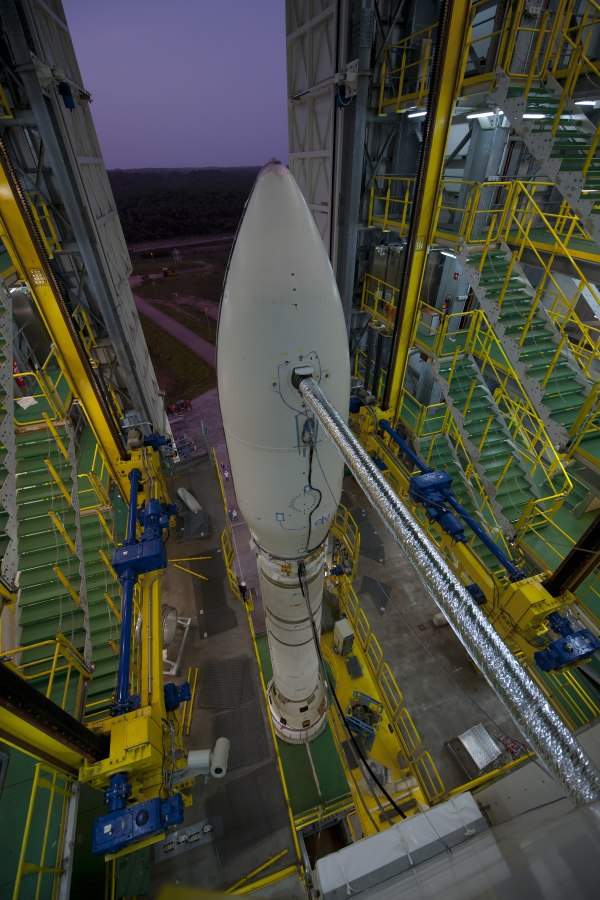 Vega can carry small to medium-sized satellite payloads ranging from 300kg to 2500kg into the polar and low-earth orbits. Image courtesy of the European Space Agency (ESA). 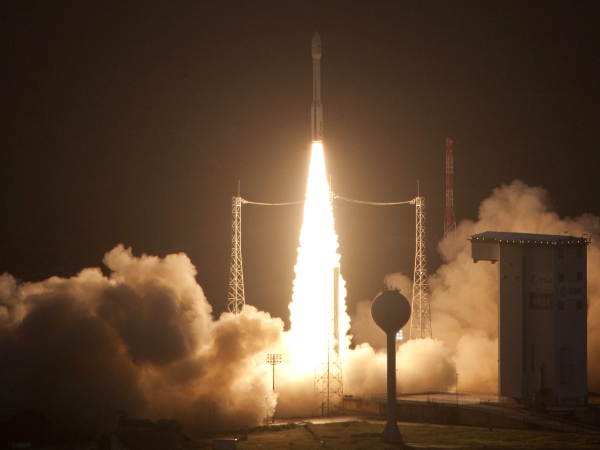 Vega is named after the second brightest star in the northern hemisphere. The Vega is a small launcher which can place small to medium-sized satellites into the polar and low-earth orbits.

The launcher successfully carried nine payloads into space during its maiden flight on 13 February 2012, from Europe’s spaceport in Kourou, French Guiana. The primary payload of the vehicle was the 400kg laser relativity satellite (Lares). The Italian satellite will examine the theory of general relativity.

The launch vehicle complements the heavy-lifter Ariane 5 and medium-launcher Soyuz. The three vehicles at French Guiana will provide better launch infrastructure to European countries and also ensure that the revenues generated remain within them.

"The Vega is a small launcher which can place small to medium-sized satellites into the polar and low-earth orbits."

The test phase validated the operational readiness of the launch vehicle and ground station components. The assembly of the new Vega launcher was completed in February 2011.

ASI and Avio have established a new 30-70 partnership called Elv for the programme. ESA and Elv signed the Vega development contract in February 2003.

Elv, as the prime contractor, is responsible for the management of the Vega programme. The company also coordinates the activities of the subcontractors involved. Arianespace provides support services for the qualification and combined test campaign of the rocket.

In December 2011, ESA and the Arianespace signed a contract to study the launch of Vega under the Verta (Vega Research and Technology Accompaniment) programme. The programme will test and qualify new vital technologies for future re-entry vehicles.

Vega can place multiple payloads into orbit which is uncommon with most small launchers. It can carry payloads of 300kg to 2,500kg based on the type and altitude of the orbit required by the customers.

The in-orbit launch capacity of the vehicle is 1,500kg into the polar orbit at an altitude of 700km. The single body launcher is incorporated with three solid propulsion stages and an AVUM (attitude vernier upper module).

The first stage is powered by the P80 solid rocket motor. The second and third stages are powered by Zefiro 23 and Zefiro 9 motors respectively. The fourth stage AVUM consists of a UDMH / NTO bipropellant main engine with re-ignition capability and cold gas attitude control system.

The ZLV launch complex at Kourou, French Guiana has been selected as Vega’s launch site based on the ELA-1 (Ensemble de Lancement Ariane No. 1) launch complex. This site was originally used for the Ariane 1 and Ariane 3 vehicles.

The existing facilities, such as the launch pad, mobile gantry and infrastructure, were upgraded for the launch of the Vega.

The original flame ducts of the launch pad were retained. They transfer exhaust gases during ignition and lift-off of the Vega.

The power and environmental control connections to the launcher and its payloads are provided by a new fixed umbilical mast. Four tall towers erected around the launch table provide protection against lightning strikes.

The renovated mobile gantry provides ideal working conditions to the personnel during the launch vehicle assembly and payload integration.

The Vega facility shares resources with the ongoing Ariane 5 mission as it is co-located in the CDL-3 building.

Mars Atmosphere and Volatile EvolutioN (MAVEN) is a robotic spacecraft launched in November 2013 for a Nasa space exploration mission.