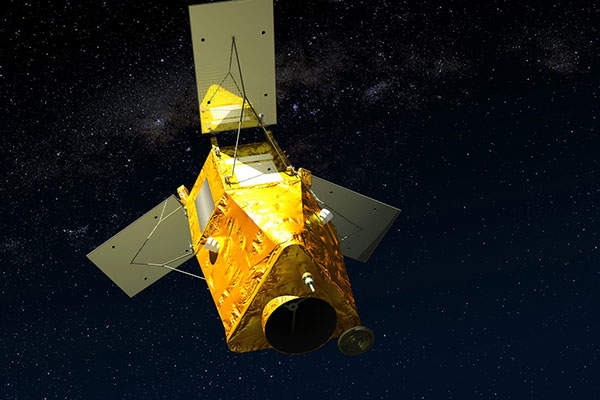 An artist’s rendering of KazEOSat-1 satellite. Image courtesy of Airbus Defence and Space. 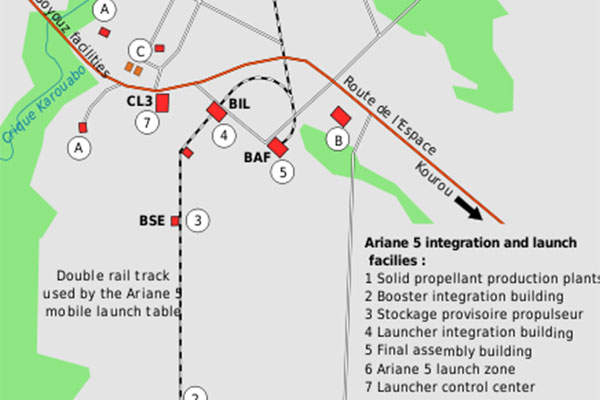 KazEOSat-1 satellite was launched from Vega launch complex at the Guiana Space Centre in Kourou. Image courtesy of Pline. 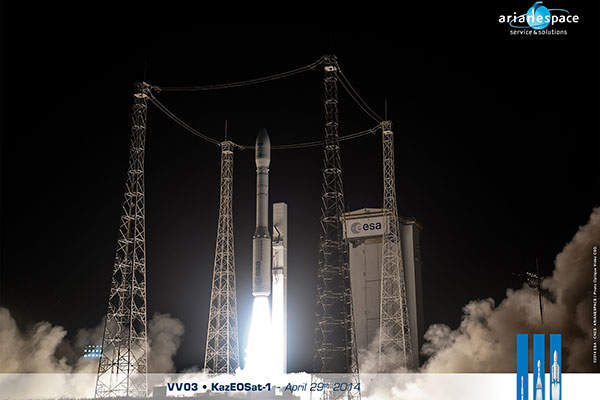 KazEOSat-1 satellite was launched into the Sun-synchronous orbit in April 2014. Image courtesy of Arianespace. 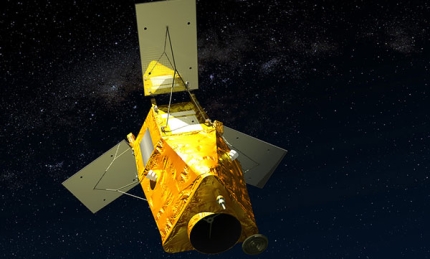 KazEOSat-1 is the first Earth observation satellite from Kazakhstan, which launched into a low Sun-synchronous orbit in April 2014. The satellite was manufactured by Airbus Defence and Space and launched from the European spaceport in Kourou, French Guiana. It is operated by Kazakhstan Gharysh Sapary, a division of Kazcosmos. The satellite was placed at an altitude of 750km from Earth.

KazEOSat-1 will provide a complete range of civil applications in Kazakhstan, such as monitoring natural and agricultural resources, gathering mapping data and providing support for rescue operations in the event of natural disasters.

Design and development of KazEOSat-1 satellite

The KazEOSat-1 satellite, formerly known as DZZ-HR, was designed and manufactured by Airbus Defence and Space (now known as Astrium). The satellite was built at the Airbus factory located in Toulouse, France, and integration began in October 2012. The testing on satellite integration was completed by November 2013.

The satellite has a launch mass of 918kg and a dry mass of 830kg. Designed for a life span of 7.25 years, it is equipped with a fixed solar array, which can generate 1.2kW of power. It has daily observation coverage of 220,000km² and can revisit any area in Kazakhstan within three days.

The satellite is based on the AstroBus-L platform, which is also known as the AstroSat-250. The satellite bus was designed for direct injection of satellite into a low Earth orbit.

The AstroSat-250 avionics suite of the KazEOSat-1 is equipped with a redundant on-board computer. Two MIL-STD-1553 buses, one supporting platform and another serving payload, ensure data transmission between the OBC and the payloads.

The satellite includes a new AstroSat optical modular instrument, which was designed and developed by EADS Astrium. The instrument consists of a telescope in silicon carbide and a pushbroom imager equipped with four 1,750 pixel multispectral and 7,000 pixel panchromatic detectors. The image detectors provide ground sample distance (GSD) on swath of 10km addressable within a field of regard of 800km.

The instrument module has a weight of 150kg and requires 90W of power for thermal control and 90W for imaging mode.

"The launch vehicle carried a total payload mass of 918kg for the launch, including four-stage booster and other light payloads."

The launch vehicle carried a total payload mass of 918kg for the launch, including four-stage booster and other light payloads. The satellite was placed at the designated orbit in 55 minutes and 29 seconds after the liftoff.

A satellite integration and test centre for the control of KazEOSat-1 and KazEOSat-2 satellites is being constructed at Astana, Kazakhstan’s capital city. The key equipment for the ground control segment, image reception and processing centre is being supplied by Airbus Defence and Space.

The satellite integration and test centre will be equipped with an integrated technology process, which will be specifically designed to enable Kazakhstan to undertake space projects from designing, manufacturing and testing up to launch, as well as further operation of space systems and complexes. The centre will also provide satellite control and allow payload data to be downlinked to the ground segment.