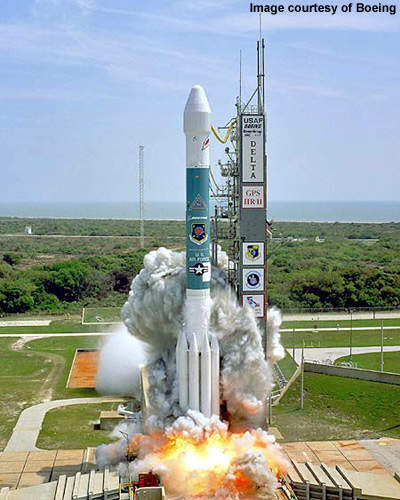 A GPS satellite launches off the back of the same Delta II rocket used to launch WorldView-1 into space. 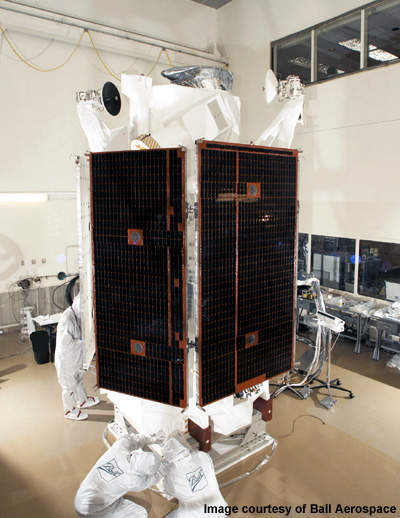 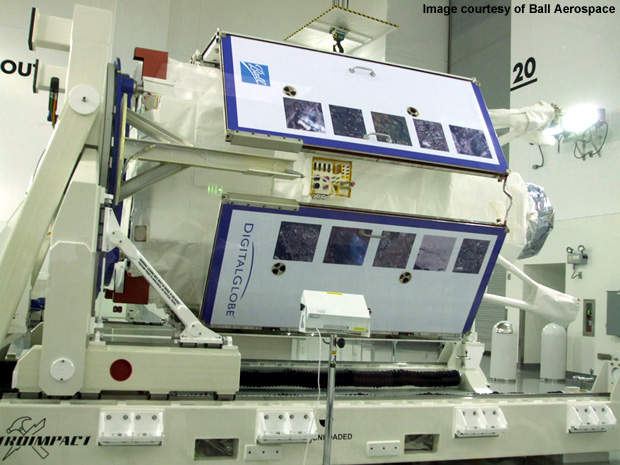 The WorldView-1 satellite was launched from the Vandenberg Air Force Base.

WorldView-1 is a remote sensing satellite used for providing high-resolution images of Earth. It is the first half-meter resolution commercial imaging satellite in the world to provide imagery of Earth more accurately than its forerunner, the QuickBird satellite. The WorldView-1 spacecraft is designed and developed by Ball Aerospace & Technologies, US, and is operated by DigitalGlobe.

The satellite was launched into orbit on the piggyback of the Boeing Delta II on 18 September 2007. It was released into a sun-synchronous orbit after 62 minutes of lift off from the ground. The WorldView-1 can operate at an altitude of 496km with an inclination of 97.2° for a maximum of 96.4 minutes of orbital period.

The spacecraft was launched on a National Geospatial-Intelligence Agency (NGA) mission. It provides images for civil government mapping, land planning, disaster relief, exploration, defence and intelligence, and the visualisation and simulation of environments.

The satellite was designed and developed under the NGA's next view programme. Other customers can purchase imagery supplied by the WorldView-1 through DigitalGlobe archives. The satellite provides accurate and relevant geospatial intelligence information to the NGA for national security.

WorldView-1 is the second satellite in orbit, joining its forerunner QuickBird (launched in 2001). The satellite has been designed for a lifespan of 7.25 years. It weighed around 2,500kg at launch and consumes 3.2kW of power.

“WorldView-1 is the second satellite in orbit, joining its forerunner QuickBird.”

An optical telescope has been installed in the satellite to capture images of 460mm in diameter. The satellite can capture images with a resolution of 4.5 times more than any other commercial imaging system. WorldView-1 captures an area of up to 500,000km² (200,000 square miles) of half-meter imagery a day.

The satellite is equipped with a WorldView 60 camera manufactured by Ball Aerospace & Technologies for capturing high-resolution imagery of earth more accurately and efficiently.

Ball Aerospace is responsible for testing the entire system. The integration and performance testing of WorldView-1 was completed on 30 July 2007. The spacecraft was shipped to Vandenberg Air Force Base, California on the same day.

The satellite is also fitted with advanced control moment gyroscopes (CMGs), which allow the satellite to capture more imagery than before. An advanced instrument vibration isolation system is installed to control jitter induced by the spacecraft. A Star tracker sensor installed in the spacecraft offers efficient in-track stereo collection. It is also fitted with a hardened GPS and indoor receive unit (IRU).

The WorldView-1 satellite was launched on the Boeing Delta II launch vehicle from Vandenberg Air Force Base, California.

Delta II was manufactured by Boeing Integrated Defence Systems. It can lift single, dual or multiple payloads on the same mission. It can be set up into two or three-stage vehicles to cater for a different mission requirement.

The ground control station is manufactured by MacDonald, Dettwiler and Associates (MDA) and installed at international customer sites. The TT&C system is a technology principally used to track and control the satellite when deviating from its path. Communication between the satellite and ground station takes place through the bandwidth allocated to the customer.