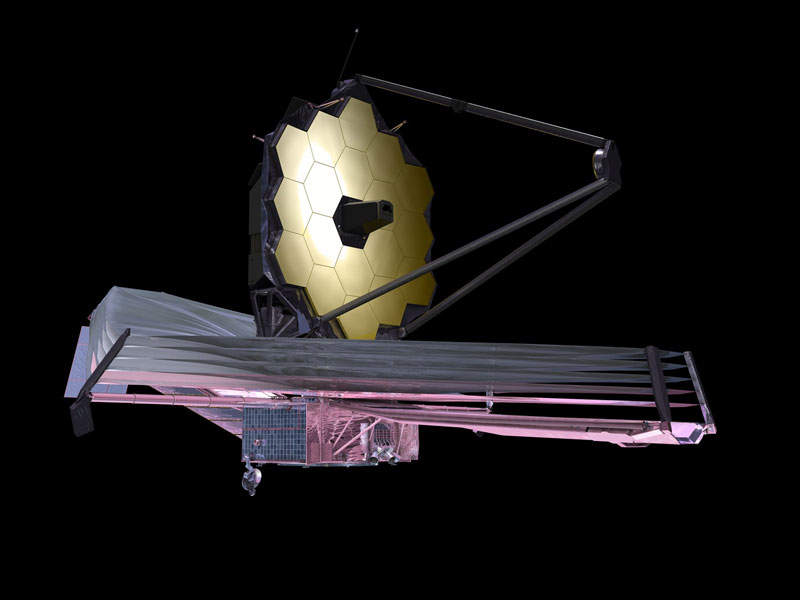 The telescope will be launched on board an Ariane 5 rocket. Credit: Northrop Grumman. 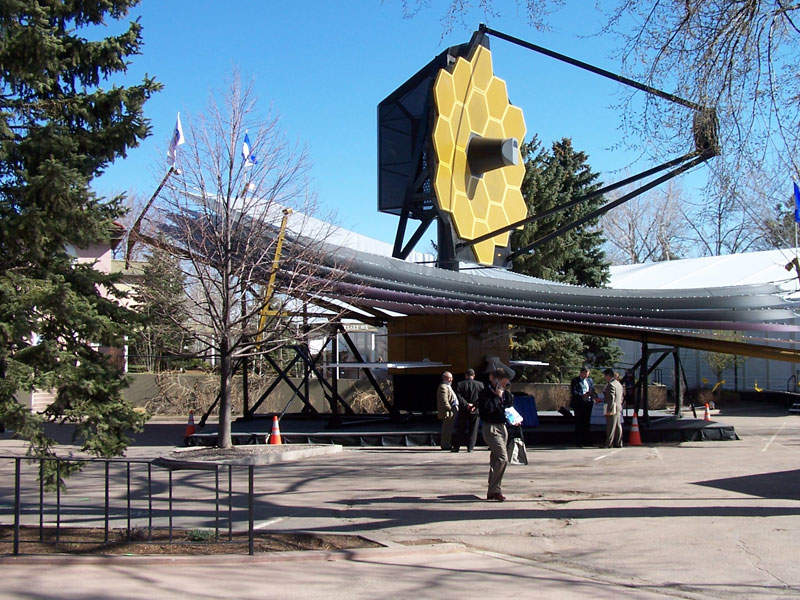 James Webb Space Telescope (JWST), also known as Next–Generation Space Telescope, is a space observatory and successor to Hubble Space Telescope (HST). Scheduled to be launched on board an Ariane 5 rocket from French Guiana in October 2018, JWST will help astronomers study the formation of solar systems capable of supporting life on planets similar to Earth.

The telescope will be positioned 1.5 million kilometres away from Earth, at the second Lagrange point (L2), and will revolve around the Sun.

JWST is being developed by Nasa in collaboration with the European Space Agency (ESA) and Canadian Space Agency (CSA). Space Telescope Science Institute will operate the telescope.

The observatory will have three components, which are the integrated science instrument module (ISIM), optical telescope element (OTE) and spacecraft element.

The ISIM is similar to a car’s chassis and acts as a base for the engine as well as other components. The OTE will collect the light generated from space and deliver it to the science instruments in the ISIM. The spacecraft element will consist of a spacecraft bus and five-layer sun shield.

JWST combines a 6.5m-diameter mirror with a sun shield the size of a tennis court and is six times more powerful than the HST. It is designed to keep working under temperatures as low as approximately -230°C.

Ball Aerospace was contracted to provide Wavefront Sensing & Control (WFSC) software for the JWST. WFSC software includes mathematical algorithms to align and phase the 18 1.3m hexagonal primary mirror segments of the JWST so that they function as a single monolithic mirror.

JWST observatory will help astronomers compare early galaxies to existing spirals and ellipticals in order to understand how galaxies form over billions of years. The telescope is designed to explore the first stars and galaxies that formed after the Big Bang. The wavelength of the JWST will range from 0.6µ to 28µ.

It will be able to see through large clouds of dust, which are not transparent to observatories, such as HST. It will also gain further insight into the atmospheres of extrasolar planets and study objects within our own Solar System.

“JWST observatory will help astronomers compare early galaxies to existing spirals and ellipticals in order to understand how galaxies form over billions of years.”

Manufactured by ESA in association with Nasa’s Goddard Space Flight Center (GSFC), the NIRSpec instrument will be capable of obtaining a spectrum of more than 100 objects, such as galaxies or stars. NIRSpec will help to learn about the formation of stars, galaxies, chemical elements and the intergalactic medium.

The NIRCam, manufactured by the University of Arizona, is intended for performing imaging studies and observing faint objects. The camera’s prime role is to look for first stars, star clusters and galaxy cores that formed after the Big Bang.

The FGS/NIRISS instrument was developed by CSA and will be used for obtaining high-quality images of all objects within its large field of view.

The JWST will be launched on an Ariane 5 ECA rocket manufactured by Arianespace from Guiana Space Centre, Kourou, French Guiana. The launch vehicle will have a height of 54.8m and total weight of 780t at lift-off.