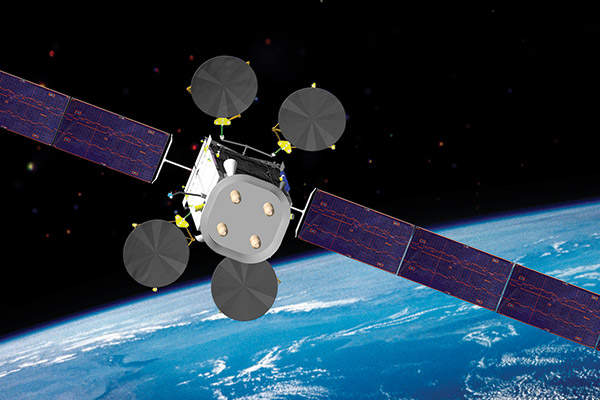 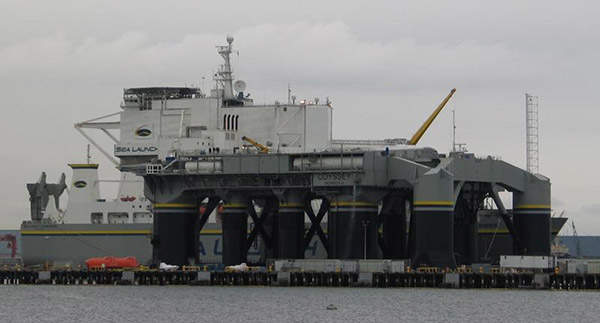 Intelsat 27 was attempted for launch from Odyssey platform located in the Pacific Ocean, but failed after 40 seconds of liftoff. Image courtesy of Leuband. 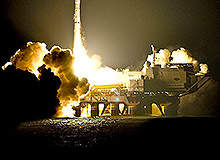 Intelsat 27’s attempt for launch into the orbit in February 2013 proved unsuccessful. Image courtesy of jurvetson. 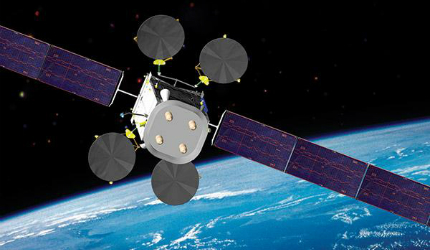 Intelsat 27 was a communication satellite that failed during launch into geosynchronous transfer orbit (GTO) in February 2013. It was to replace the IS-805 located at 304.5°E longitude. The satellite launch was unsuccessful after 40 seconds of liftoff due to a problem in the hydraulic power supply unit in the launch vehicle’s first stage.

The satellite was to be operated by Intelsat to provide improved and enhanced capacity for media, network and government services across the Americas and Europe. It failed after being launched using Zenit-3SL vehicle.

"The satellite was to be operated by Intelsat to provide improved and enhanced capacity for media, network and government services across the Americas and Europe."

The design and manufacturing contract for Intelsat 27 was awarded to Boeing Satellite Systems in 2009, with the company starting construction in August 2010.

In November 2012, the satellite was transported to the Sea Launch facility located at Long Beach in California, US. Preliminary tests were completed in December 2012 and included verifying the electrical configuration and mechanical clearances.

The launch vehicle was transported from Ukraine to Long Beach in California on a cargo ship in December 2012. Satellite propellants were loaded and the integration with launch vehicle began in January 2013. The final prelaunch tests were conducted at the Sea Launch facility.

The satellite had a liftoff mass of 6,203kg. It was 6.9m high and 9.25m wide. Its payload was powered by a solar array, which consisted of four panels of ultra triple-junction gallium arsenide solar cells. It was to have 11.8kW power at end-of-life and to be controlled by a hybrid bi-propellant propulsion system. The lifespan of the satellite would have been more than 15 years.

"The satellite was attempted for launch aboard a Zenit-3SL rocket."

The satellite was launched aboard a Zenit-3SL rocket, built by Yuzhnoye Design Bureau and operated by Switzerland-based firm Sea Launch. The rocket has three stages, with stage one and two components manufactured by Yuzhnoye. The Block DM-SL upper stage of the rocket was made by RKK Energia and the payload fairing was produced by Boeing.

The launching process was to include vehicle separation in the first stage, which was to be completed in about two minutes and 30 seconds after the liftoff. It -was to be followed by the second stage, which would involve a six minute burn and then the separation from the upper stage. The third and upper stage launch was to involve eight minutes and 41 seconds burn into the mission, which would be followed by spacecraft separation after ten minutes.

Launch was attempted at the Odyssey platform, located 154° West in the Pacific Ocean. Odyssey is a semi-submersible mobile spacecraft launch platform developed by RKK Energia.

The satellite was equipped with 20 C-band, 20 Ku-band and another 20 UHF transponders. The payload -consisted of 20 UHF channels (25kHz) to serve clients.

Operation centres for the satellite were to be fully equipped with sophisticated facilities and capabilities for carrying out operations of entire third-party satellite fleets.

The ground communications infrastructure was to include the highly secure IntelsatONE network, a state-of-the art platform for satellite communications. The control centre network was to encompass tracking, telemetry and command (TT&C) stations and mission control centres (MCC) in various locations to support the satellite services of clients.

Satellites: Honing in on Defence

Gordon Feller asks if the satellite industry has the skills to continue its growth in defence.