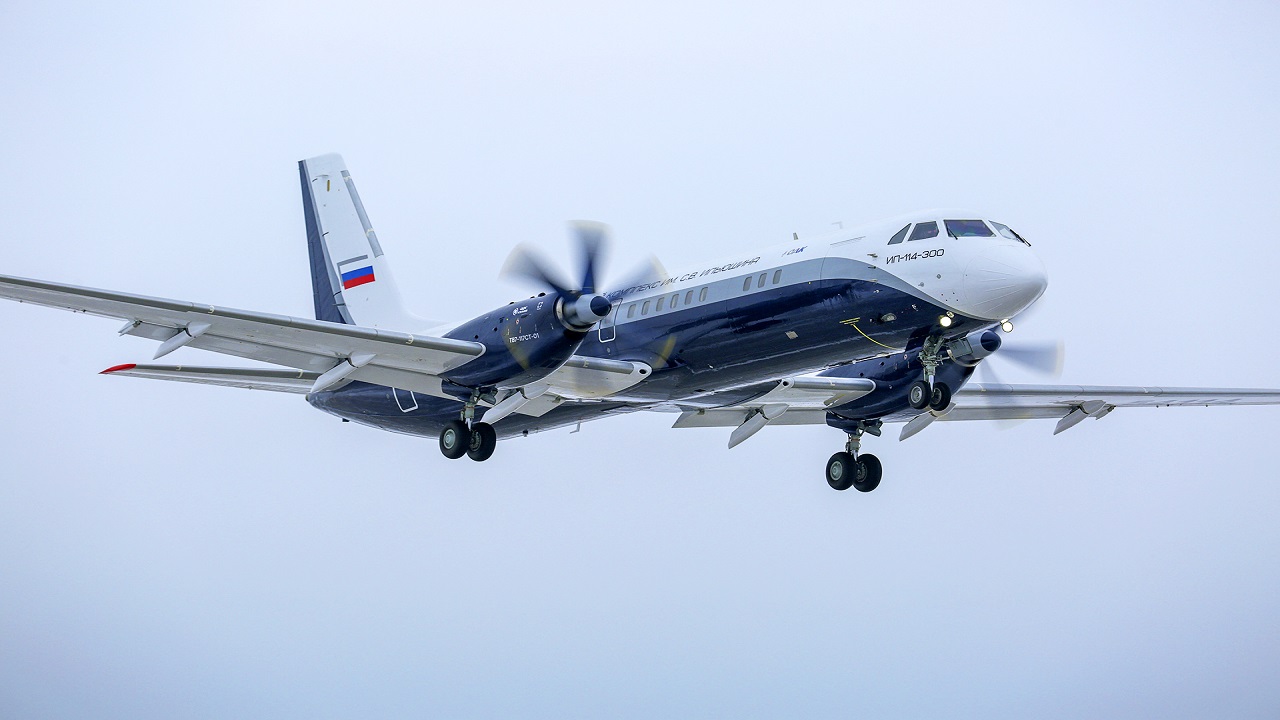 The IL-114-300 is an upgraded version of the IL-114 turboprop aircraft. Credit: United Aircraft Corporation. 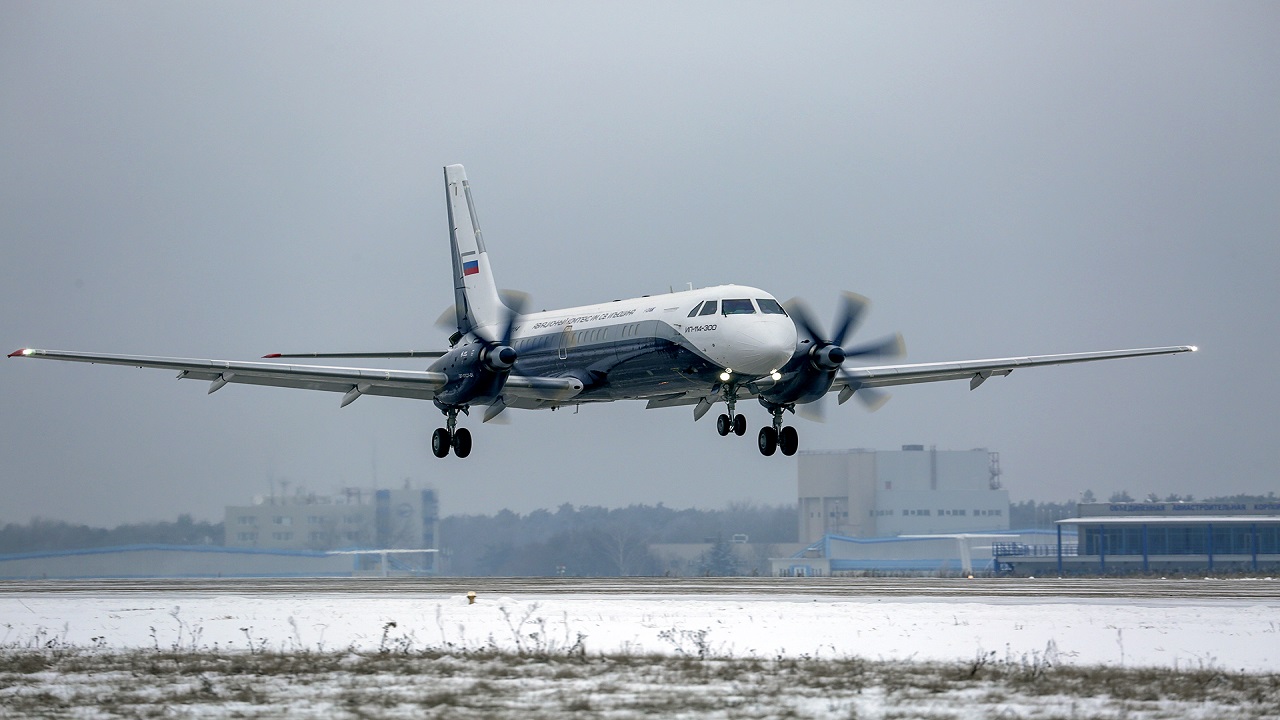 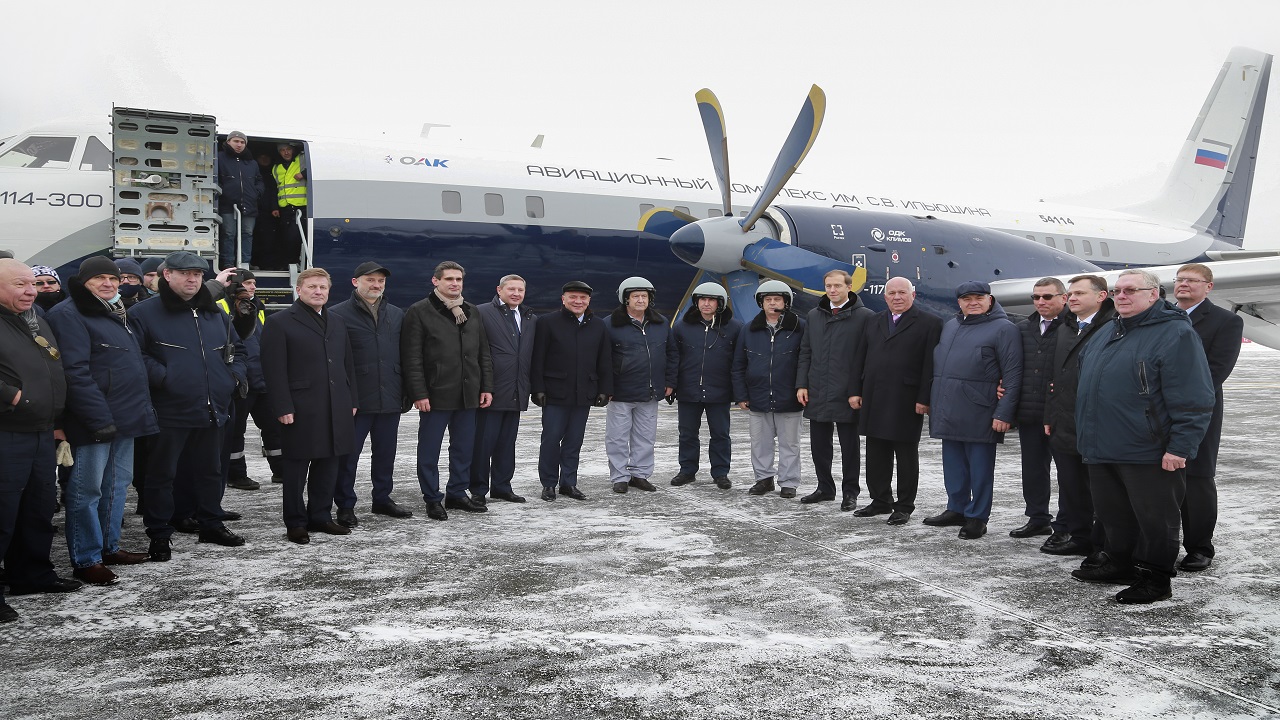 The regional passenger turboprop aircraft is operated by a pilot-in-command and a co-pilot. Credit: United Aircraft Corporation.

The IL-114-300 airliner is a new regional passenger turboprop aircraft under development. It is an upgraded version of the IL-114 turboprop and can carry a maximum of 68 passengers to a distance of up to 1,400km.

The aircraft was designed by the Ilyushin Development Design Office. It is being developed by Ilyushin Aviation Complex with cooperation from Rostec aviation enterprises, headed by United Aircraft Corporation (UAC).

IL-114-300 is a completely indigenous aircraft with its production localised at the sites of the original equipment manufacturer JSC RAC MiG in Lukhovitsy and Sokol Aircraft Building Plant in Nizhny Novgorod.

The maiden flight of the aircraft was conducted at the Zhukovsky airfield in Russia in December 2020. The aircraft will receive the certification in 2022 and batch production will be launched in 2023, with a production rate of 12 aircraft each year.

The IL-114-300 is a modern domestic aircraft with capacity to carry 68 passengers and a maximum payload of 6.5t. The prototype aircraft was developed using serial production technologies at the Lukhovitsky aviation plant.

The aircraft will offer high fuel efficiency due to the incorporation of the latest technology to maintain the aircraft’s required aerodynamics and weight efficiency.

It can also be modified for patrolling and ambulance services with provision for ski-and-wheel landing gear for operations in the Far East, North areas, and Siberia.

The flight crew will include a pilot-in-command and a co-pilot. The aircraft will be equipped with a digital flight-navigation suite to ensure take-off and landing under weather conditions in accordance with the International Civil Aviation Organization (ICAO)’s category II standard. The flight-navigation details and information on aircraft systems performance will be visible on five-coloured LCD displays.

The modern passenger cabin will provide a comfortable flight within the entire range of altitude. The onboard systems have a required level of redundancy and utilise well-proven materials.

The aircraft will be fitted with two advanced digital avionics and the Russian turboprop engine ТV7-117SТ-01, which ensures increased flight range when compared to the IL-114. Each engine has a maximum take-off power of 2,900hp.

“The aircraft will be fitted with two advanced digital avionics and the Russian turboprop engine ТV7-117SТ-01.”

Its maintenance-friendly characteristics provide reliability even in difficult operating conditions. The regional passenger aeroplane can operate on short runways, unpaved runways, as well as arctic ice runways and is also capable of operating from airfields with inadequate technical equipment.

The aircraft features integral passenger air-stairs and provides access to all structural elements and units, which are required to be inspected by the maintenance programme.

It adopts a condition-based operation system without overhauls for maintenance of necessary airworthiness with minimum operational costs within 30,000 flights and service life of 30 years or design life of 30,000 flight hours.