The A5 amphibious sport plane is designed and manufactured by Icon Aircraft. 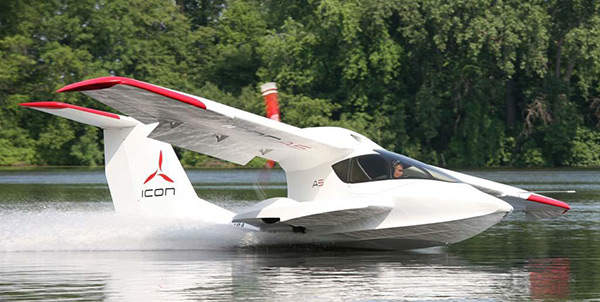 The A5 can cruise on both land and sea. 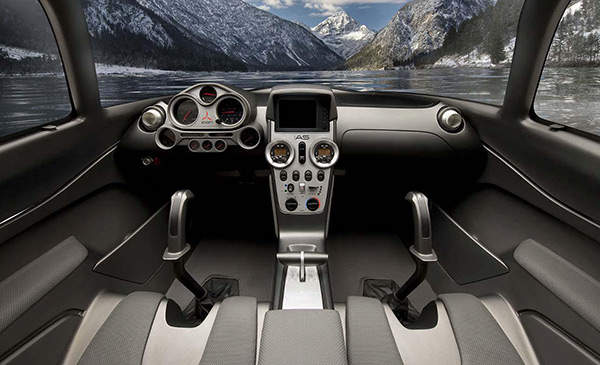 The ergonomically designed cockpit of the A5 features simple, grouped controls, a GPS system, and reclined seating for two. 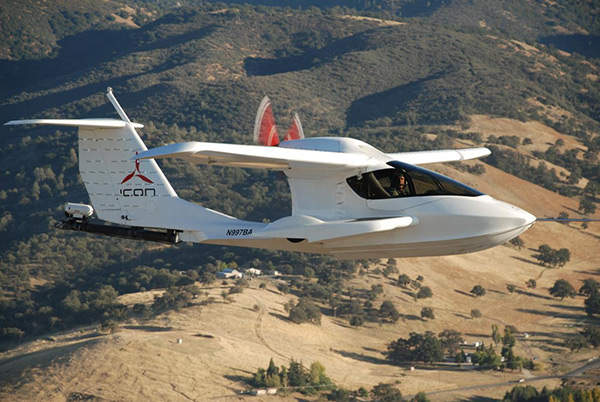 The A5 has successfully completed spin-resistance tests to comply with the FAA Part 23 standards for light sport aircraft. 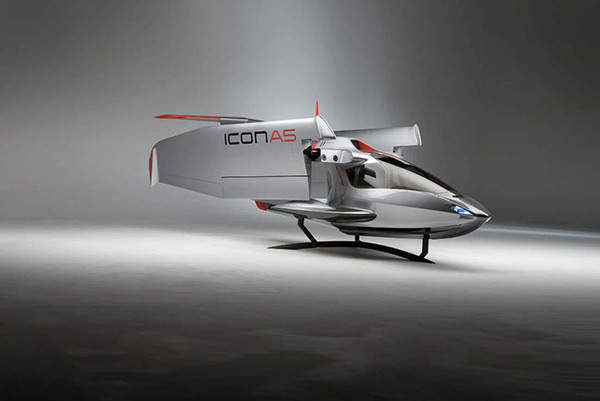 The A5 features foldable wings, which reduce the space required to park or store the plane. 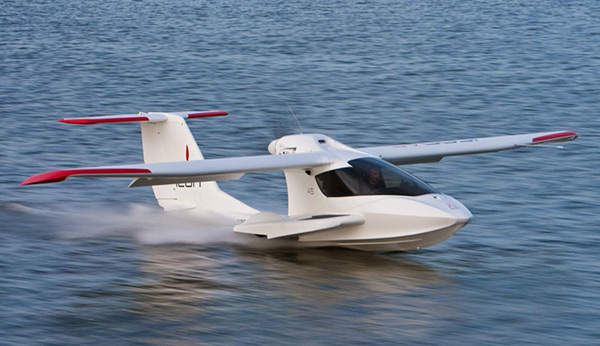 The sport plane can cruise at a maximum speed of 105k.

The A5 Amphibious Sports Aircraft is the first light sports plane designed and manufactured by Icon Aircraft, a US-based consumer sports aircraft manufacturer. The company was founded by Kirk Hawkins, an engineer and F-16 fighter pilot, with product design engineer and serial entrepreneur Steen Strand.

The recreational aircraft/seaplane allows flight from land and water. It was unveiled in June 2008. The prototype took off for its maiden flight in July 2008, and the phase I testing was completed by January 2009. It was followed by high-performance water testing in May 2009. A series of other flight tests in air and on water then occurred.

The plane was exhibited at the EAA AirVenture Oshkosh Air Show in Los Angeles, California, in July 2012. The light sport plane won 143 orders at the show.

Icon began production of the composite components in December 2012. The first production A5, built at Icon’s facility in Tehachapi, California, was unveiled in July 2014. Two more prototypes were built in order to test for FAA approval.

The aircraft received the S-LSA airworthiness certificate from the FAA in June 2015. The first ICON A5 was delivered to EAA Young Eagles Chairman Sean Tucker in July 2015.

Variants of the A5 sport plane

The A5 is currently available in a single variant. The first 100 production aircraft will be limited editions with customisable painting and interiors.

“The A5 Amphibious Sports Aircraft is the first light sports plane designed and manufactured by Icon Aircraft, a US-based consumer sports aircraft manufacturer.”

The A5 sport plane features a boat-hull design for amphibious operations. The plane won the 2010 red dot design award for its unique and attractive design. The plane is 22ft long and 7.1ft high, with a wingspan of 34ft. It occupies less space when parked than conventional light aircraft, due to its foldable wings.

The airframe of the A5 is built of lightweight, high-strength carbon fibre material. It can be optionally fitted with a parachute that lands the plane in case of emergency.

The A5 features Seawings platforms that provide lateral stability, as well as allow pilots to stand during docking of the seaplane in water.

Icon Aircraft completed the spin-resistance testing of the A5, to FAA Part 23 standards, in February 2012. Spin-resistance enhances the aircraft’s safety by reducing the chances of loss of control. It is achieved by incorporating a cuffed wing design with airfoils across the wingspan. The A5 is the only light aircraft in production to be certified with FAA Part 23 standard.

The recreational plane carries up to 60lb of baggage. Its integral headlights provide enough lighting for ground, sea or air cruising. A propeller guard is fitted for improved safety.

Under an agreement signed in August 2012, Cirrus Aircraft supplies the majority of airframe components for A5.

The A5 features a retractable landing gear that can be optionally excluded to convert the amphibious sport aircraft into a pure seaplane. It is suitable for taking off and landing on paved, grass, dirt and gravel surfaces.

Cockpit of the sport plane

The cockpit of the A5 sport plane is designed akin to that of a sports car. Icon signed a collaboration agreement with Lotus Engineering in January 2012, for the production design of the A5, especially the cockpit. The collaboration aims to achieve a final design with a lightweight product.

“Icon signed a collaboration agreement with Lotus Engineering in January 2012, for the production design of the A5, especially the cockpit.”

The cockpit offers side-by-side seating for two in a contoured style with waterproof seats reclined to 25°. The 46in internal width allows comfortable seating for the riders. It features removable side windows to provide an open-air flying experience. The bubble-glass canopy wrapped around the cockpit offers high visibility, while the forward opening canopy allows easy access to the cockpit from water or ground.

The sport aircraft is equipped with Garmin’s aera 796 portable Global Positioning System (GPS). The GPS system is integrated at the top of the centre-stack of the aircraft. The Garmin aera 796 features a touch screen interface and display system, which offers clear views even in direct sunlight. It also offers 3D views of terrains, airport diagrams, weather information and sectional charts for Visual Flight Rules (VFR) compliant flight.

The A5 is powered by Rotax 912 iS fuel-injected engine, a launch model from BRP-Powertrain. The four-stroke, four-cylinder engine was developed in collaboration with Icon Aircraft to allow seamless integration into the A5.

The engine delivers an output of 100hp. It can run on aviation fuel and automotive gasoline. The engine offers improved fuel efficiency over carburetted engines, due to its electronic fuel injection system. The time between overhaul of the engine is 2,000 hours.

Assembly and construction of the A5

Cirrus Aircraft manufactures the composite airframe components of the A5 amphibious sport plane at its North Dakota factory. Icon Aircraft carries out system integration, final assembly, finishing and testing at its Tehachapi site

TenCate supplies advanced composites for the ICON A5 aircraft.

The A5 can fly or cruise at a maximum speed of 105k. Its maximum take-off weight is 1,430lb. The take-off and landing distance of the plane is 750ft and its range is 300 nautical miles. The fuel tank can store 20gal.

Orders received by Icon for the A5

The amphibious sport plane has attracted customers such as NASCAR driver Carl Edwards, and Google’s co-founder and chairman Eric Schmidt. As of August 2012, Icon Aircraft received 694 orders for the A5, from customers across the world.