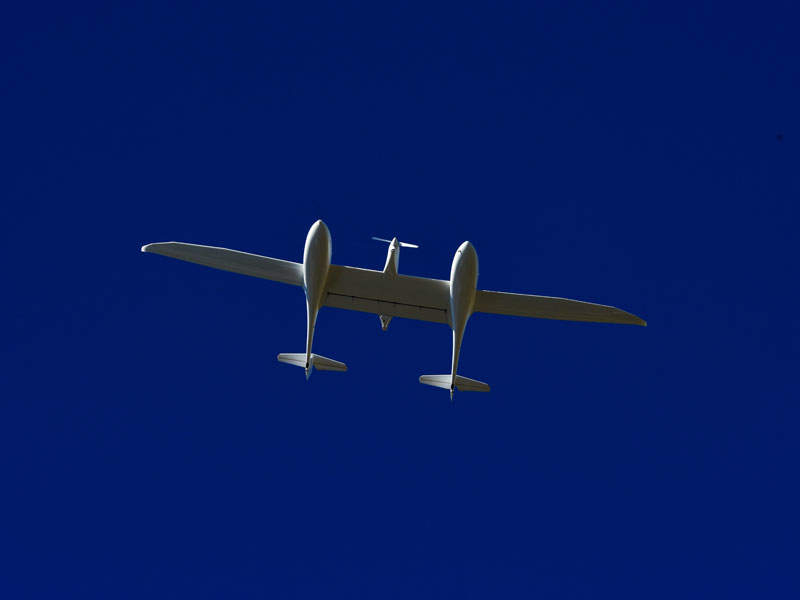 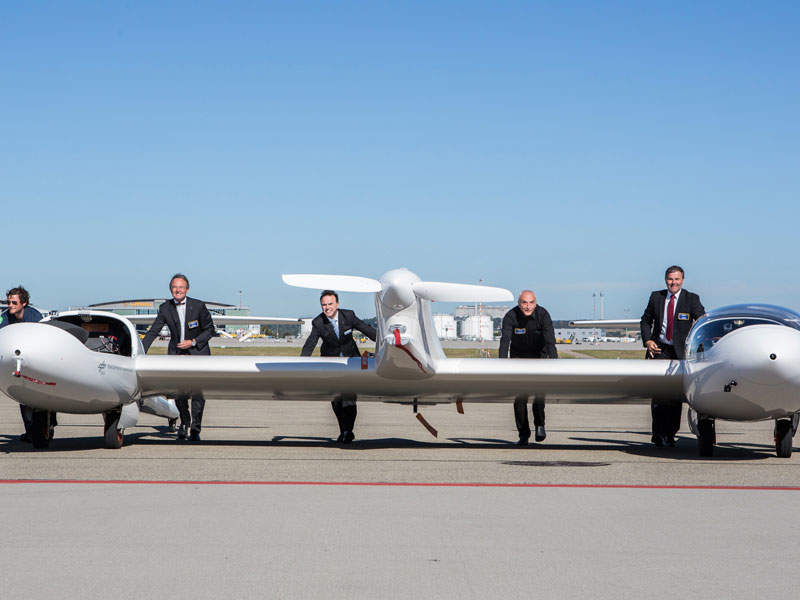 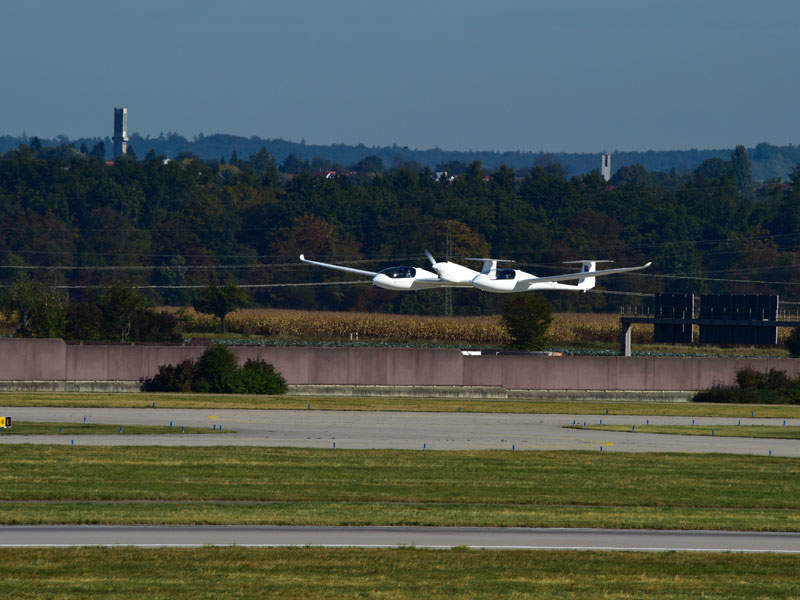 The first flight of the aircraft was completed in September 2016. Credit: DLR. 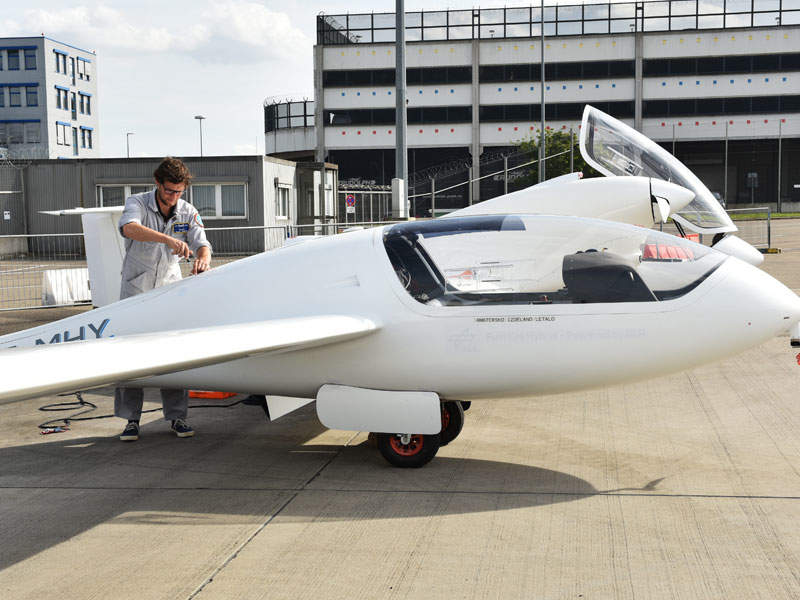 HY4 can be used as an air taxi in regional transport operations. Credit: DLR. 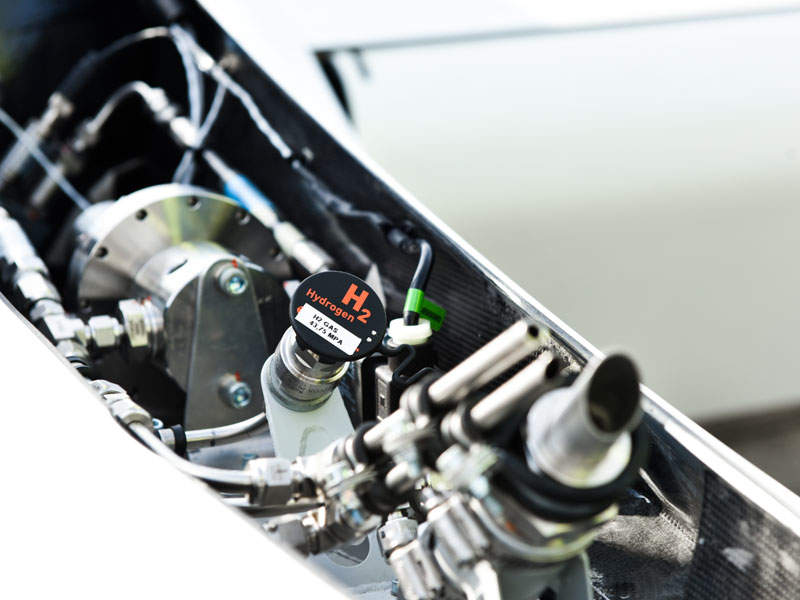 The hydrogen fuel for the aircraft is stored in two carbon-fibre tanks. Credit: DLR. 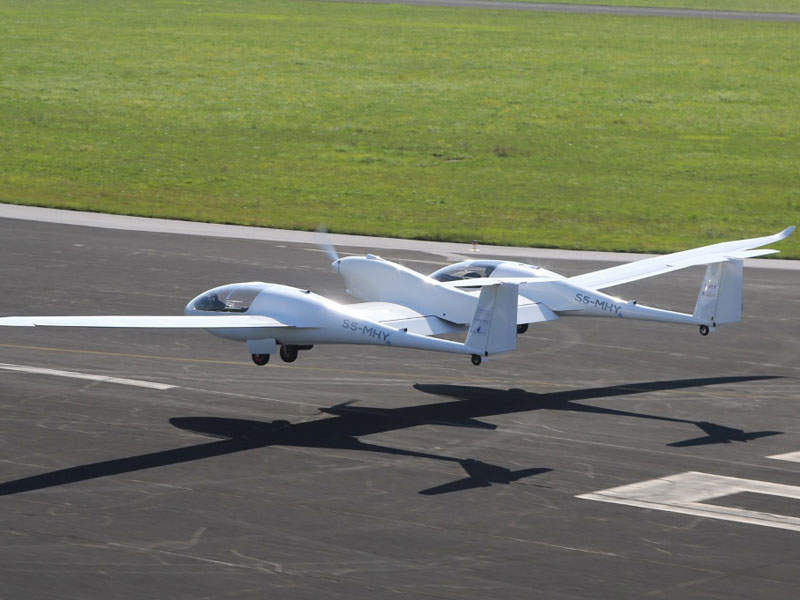 The world’s first hydrogen fuel cell-powered four-seat passenger aircraft, HY4, is being developed by the DLR Institute of Engineering Thermodynamics (DLR), an aeronautics and space research centre based in Germany. The first flight of the aircraft was completed at Stuttgart Airport in September 2016.

The project is being funded by DLR with support from the German National Innovation Programme for Hydrogen and Fuel Cell Technology (NIP).

The twin-fuselage design of HY4 is based on the Pipistrel Taurus G4 aircraft. Each fuselage has space for two passengers and is connected by a mid-wing section integrating the propulsion unit.

The hydrogen fuel is stored at a pressure between 4,300psi and 5,800psi in two carbon-fibre tanks, each located in the two fuselages. The fuel cell converts hydrogen directly into electrical energy with the only waste product from the process being water. The aircraft can fly emission-free if the hydrogen for the fuel cell is produced through electrolysis using power from renewable energy sources.

The aircraft features advanced performance lithium batteries offering peak power loads during take-off and climb. It has a length of 7.4m and wingspan of 21.36m.

“The aircraft can fly at a cruising speed of 145km/h and maximum speed of approximately 200km/h.”

HY4 aircraft is equipped with an electric motor powered by a hydrogen fuel battery system. The engine has a power output of 80kW. The battery has a storage capacity of approximately 21kWh at 1°C and continuous power output of 45kW.

The aircraft can fly at a cruising speed of 145km/h and maximum speed of approximately 200km/h. Its range varies from 750km to 1,500km, depending on the speed, load and altitude parameters.

The empty weight of the aircraft without the fuel cell, battery and storage system is approximately 630kg, whereas the maximum weight is 1,500kg. The weight of the power module along with the fuel tank is roughly 400kg.

The aircraft is being developed by DLR in partnership with H2Fly, Pipistrel, the University of Ulm and Hydrogenics.

As a spinoff of DLR, H2Fly will operate the HY4 aircraft and be responsible for the certification process.

Hydrogenics is the world’s first fuel cell manufacturer and provides fuel cell technology for the aircraft.

Stuttgart Airport helps to address issues relating to the integration of electric aircraft into the air traffic system.