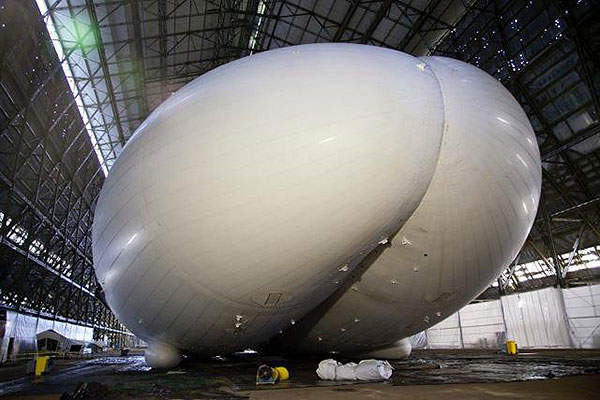 Airlander 10 was relaunched at Cardington in Bedfordshire, UK, in February 2014. Credit: HAV. 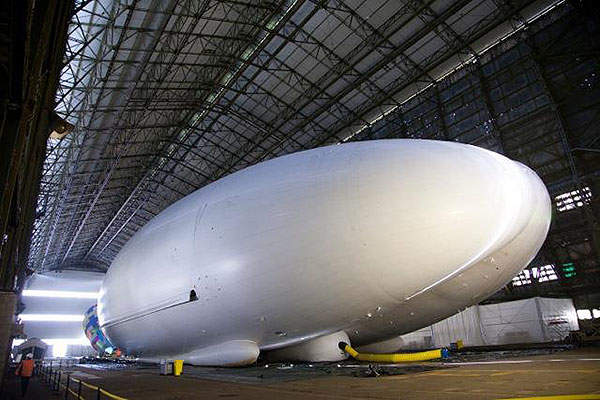 Measuring 91m (300ft) in length, Airlander 10 is the world’s biggest aircraft. Credit: HAV. 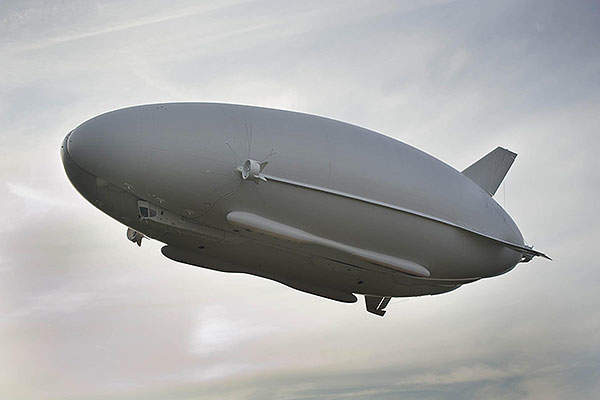 The hybrid aircraft is capable of taking off from land, water, desert, ice, sand and fields. Credit: HAV.

Airlander 10 (previously HAV304 Airlander) is a long-endurance, multi-intelligence vehicle (LEMV) and the world’s biggest lighter-than-air craft designed and developed by UK-based Hybrid Air Vehicles (HAV). Its flight test programme was expected to conclude in 2016.

The hybrid aircraft is intended for surveillance, academic research, communications, and filming and geological survey missions. It can stay airborne at an altitude of 20,000ft for three weeks. The global market demand for the Airlander 10 is expected to be 600 to 1,000 aircraft.

The Airlander 10 was displayed at a hangar in Bedfordshire in March 2016, and the naming ceremony of the airship was held in April 2016.

HAV is also developing a heavy-lift version known as Airlander 50, which can transport approximately 50t of freight. The Airlander 50 will have a length of 390ft and envelope volume of 3.64 million cubic feet.

“Development of the Airlander 10 originally began in June 2010 in collaboration with Northrop Grumman for the US Army.”

Development of the Airlander 10 originally began in June 2010 in collaboration with Northrop Grumman for the US Army.

The first flight test of the aircraft was successfully completed in August 2012 at Lakehurst, New Jersey, US.

The development was subsequently abandoned by the US Army due to budget issues after spending around $300m, with the aircraft then sold to HAV at a nominal price. The company relaunched the Airlander in February 2014 and received a £2.5m ($4.16m) grant from the UK Government.

The HAV Airlander 10 prototype made its first flight on 17 August 2016. The aircraft sustained damage to its flight deck after a heavy landing during the second test flight on 24 August 2016.

The Airlander 10 partly features design characteristics of fixed-wing aircraft, airships and helicopters. The hull features an egg-shaped cross-section united to a cambered longitudinal shape. Its aerodynamic shape contributes to around 40% of the vehicle’s lift, while helium buoyancy ensures the aircraft remains airborne for extremely long periods.

The hull strake of the airship is fitted with two tailfins, reducing the drag. A bow thruster is also provided for lateral thrust and manoeuvrability during the flight.

Located on the centreline, the payload module comprises a flight deck, universal load beam and fuel tanks. The payload compartment has a capacity of 22,050lb (10,000kg). In addition, the aircraft is integrated with a mooring mast attachment.

The aircraft has a length of 91m (300ft), width of 34m (113ft), height of 26m (85ft) and total volume of 1.34 million cubic feet (38,000m³). It is capable of accommodating between seven and eight tonnes of on-board surveillance equipment and is designed to be 70% more eco-friendly than existing cargo planes.

The airship features an air cushion landing system and is capable of taking off from land, water, desert, ice, sand and fields using pneumatic tubes fitted below the two outer hulls. The tubes can be pulled in during the flight.

Two engines are positioned forward on the hull while two are mounted on the stern of the hull for cruise operation.