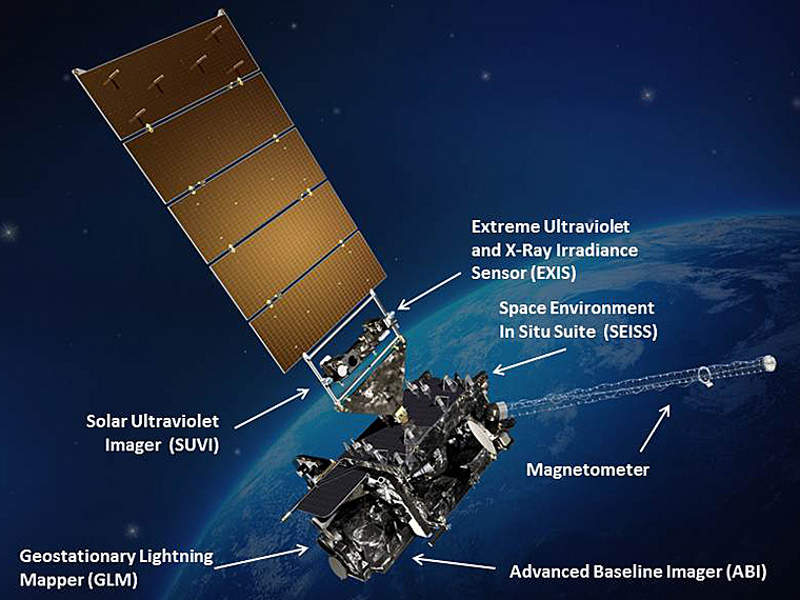 GOES-16 is the first of four next-generation geostationary weather satellites. 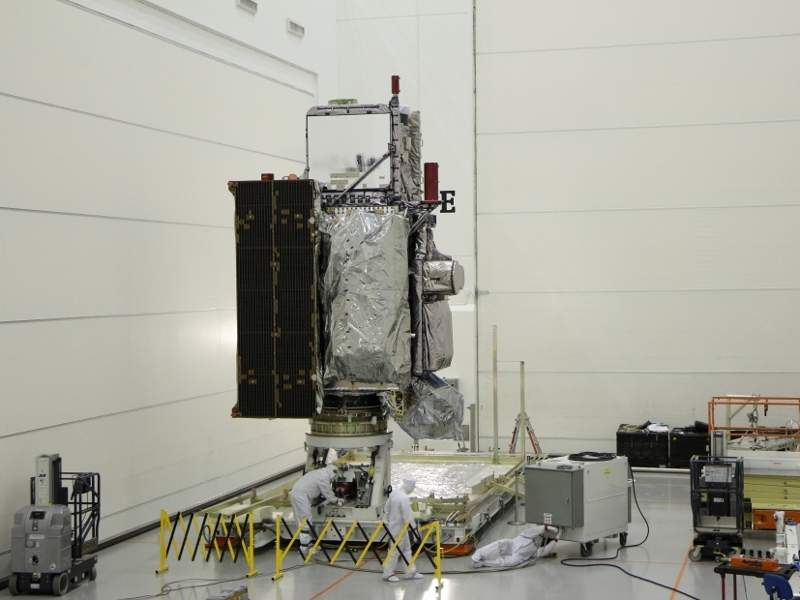 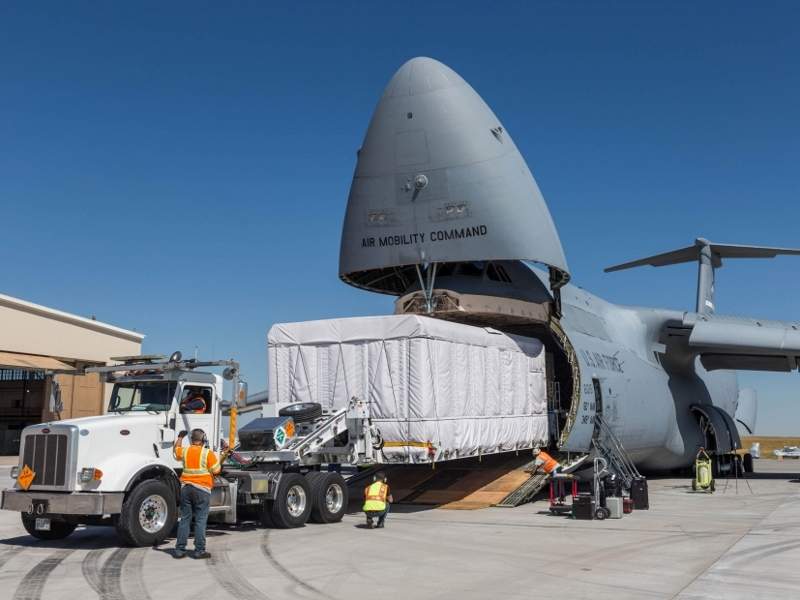 The GOES-16, formerly known as Geostationary Operational Environmental Satellite R Series (GOES-R), is the first of four next-generation geostationary weather satellites being developed by the National Oceanic and Atmospheric Administration (NOAA). The satellite was launched using an Atlas V 541 rocket from Cape Canaveral Air Force Station in Florida, US, in November 2016.

GOES-16 is placed at 89.5° checkout orbit and operates from either 75° or 137° west position. It is used for the detection and observation of environmental phenomena as well as weather monitoring across North America.

The four-satellite GOES programme includes the R, S, T and U series, which will extend the availability of the operational GOES satellite system through to December 2036.

The GOES-16 spacecraft’s design, construction and testing contract was awarded to Lockheed Martin. The satellite was co-developed at NASA’s Goddard Space Flight Center in Greenbelt, Maryland.

The spacecraft was shipped on board an Air Force C-5M Super Galaxy cargo transport plane to its Astrotech Space Operations facility in Titusville, Florida, in August 2016.

The geostationary lightning mapper (GLM) instrument is used for detection of the momentary changes in an optical scene, which can measure total lightning activity continuously across the Americas with a near-uniform spatial resolution of approximately 10km.

The solar ultraviolet imager (SUVI), another instrument on board the spacecraft, is a telescope that monitors the sun in the extreme ultraviolet wavelength range.

The space environment in-situ suite (SEISS) on board the GOES-R spacecraft consists of four sensors to monitor proton, electron and heavy ion fluxes in the magnetosphere. The extreme ultraviolet and X-ray irradiance sensor (EXIS) instrument is used for understanding and monitoring solar irradiance in the upper atmosphere.

The GOES-R series satellites are also equipped with a magnetometer (MAG), which provides measurements of the space environment magnetic field.

“GOES-16 is used for the detection and observation of environmental phenomena as well as weather monitoring across North America.”

The GOES-16 satellite provides images of weather patterns and severe storms as frequently as every 30 seconds. The data provided by the satellite is used to derive accurate and reliable weather forecasts as well as severe weather outlooks.

The satellite provides data that supports short-term weather forecasts, severe storm warnings, maritime forecasts and seasonal predictions. Drought outlooks and space weather predictions can also be made with the help of the data.

The satellite is also used for improving hurricane tracking and intensity forecasts as well as to increase thunderstorm and tornado warning lead times.

The GOES-16 satellite was launched on board an Atlas V 541 expendable launch vehicle (ELV) in November 2016. It was lifted off into geosynchronous orbit in two stages.

The GOES-16 system is operated from the National Satellite Operations Facility (NSOF) in Maryland and the Wallops Command Data Acquisition Center (WCDAS) in Virginia. The Consolidated Backup (CBU) operations facility for the GOES-16 is located at Fairmont in West Virginia.

Solers was contracted to provide the environmental satellite processing and distribution system (ESPDS), which is used as GOES-16 Access Subsystem (GAS) in the terrestrial and near-real-time distribution of higher-order GOES-R products.