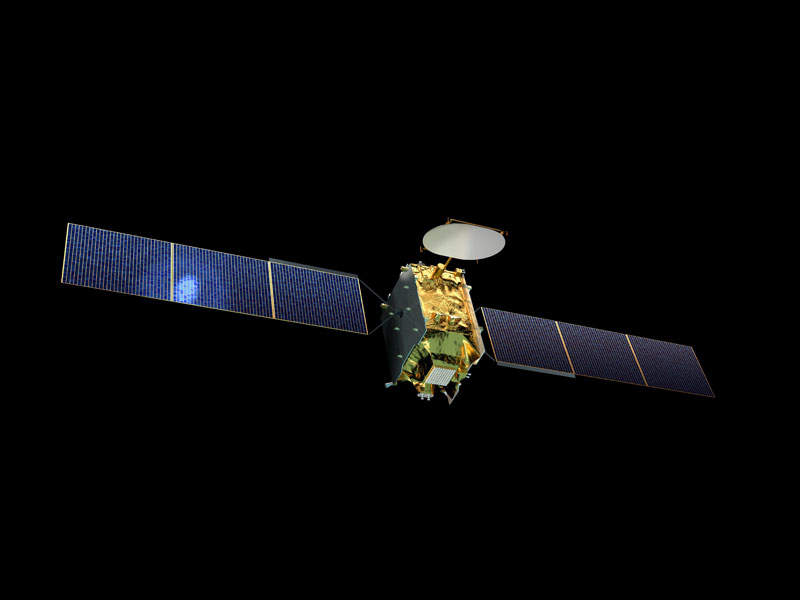 The first Quantum-class telecommunications satellite was expected to be launched in 2018. Credit: Airbus Defence and Space. 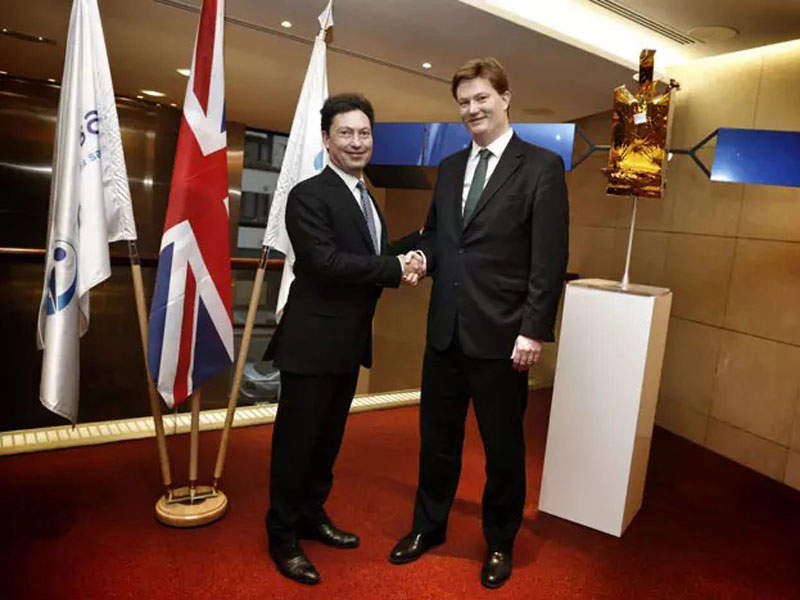 The satellite development is also supported by the UK Space Agency. Credit: Eutelsat. 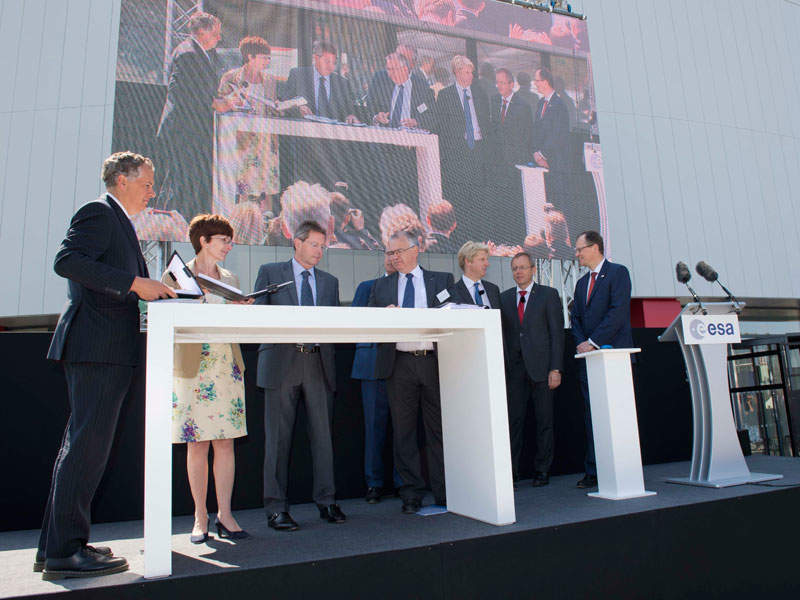 The contract for the Quantum programme was signed at the ESA’s European Centre for Space Applications and Telecommunications (ECSAT). Credit: ESA/ A Le Floc'h.

The Quantum-class telecommunications satellite was being developed by a public-private partnership between Eutelsat and the European Space Agency (ESA). The satellite, which would have had the first fully reconfigurable communications payload, was expected to be launched into the geostationary equatorial orbit (GEO) in 2018.

The configurable payload allows adaption to evolving demands in coverage, bandwidth, power and frequency configurability and would be able to alter the orbital position too, eliminating the need for launching an entirely new satellite when a customer’s business needs change.

The Quantum satellite programme is part of the ESA Advanced Research in Telecommunications Systems (ARTES 33.3) programme supported by the UK Space Agency. Eutelsat Communications will commercialise and operate the satellite.

Expected to serve governments as well as mobility and data markets, the satellites developed under the programme will be cost-effective and quicker to build compared to the existing methods, which use generic subsystems and equipment.

The first Quantum satellite was designed to have a launch mass of 3,500kg and all Ku-band communications payload mass of 450kg. It was to be launched using conventional thruster propulsion and have a designed lifespan of more than 15 years.

The all Ku-band communications payload would use 5kW of power. The spacecraft’s phased array antenna was provided by Airbus’s Spanish CASA division.

“The satellite, which would have had the first fully-reconfigurable communications payload, was expected to be launched into the geostationary equatorial orbit (GEO) in 2018.”

The Quantum satellite features software-defined receive and transmits coverages in Ku-band as well as on-board jamming detection and mitigation. It offers dynamic beam shaping and vessel-tracking capabilities, which are useful to provide the power necessary for maritime, aeronautical and land-based transportation.

The satellite provides data networks that include wide-area networks and dynamic traffic shaping. Governments can benefit from the rapid response offered by the satellite for public protection and disaster recovery.

Airbus Defence and Space (ADS) was awarded a €180m ($198m) contract to develop the first flexible Quantum satellite in July 2015. The satellite was being constructed and assembled at the ESA’s European Centre for Space Applications and Telecommunications (ECSAT) on the Harwell Campus in Oxfordshire, UK, and was expected to be delivered by 2018.

Anaren was awarded a $7m contract for providing advanced beamforming assembly to be deployed on the Eutelsat Quantum satellite programme in January 2016. The satellite included a phased array antenna developed by Spanish CASA division of Airbus.

SpaceX was selected to provide launch operations of the first Eutelsat Quantum satellite.

Headquartered in Paris, France, Eutelsat Communications is a leading operator of communications satellites. The company has a fleet of more than 35 satellites with a wide variety of customers including broadcasting organisations, pay-TV operators, internet service providers and government agencies.

It has a workforce of more than 1,000 people across 32 countries, and regional offices and teleports worldwide.