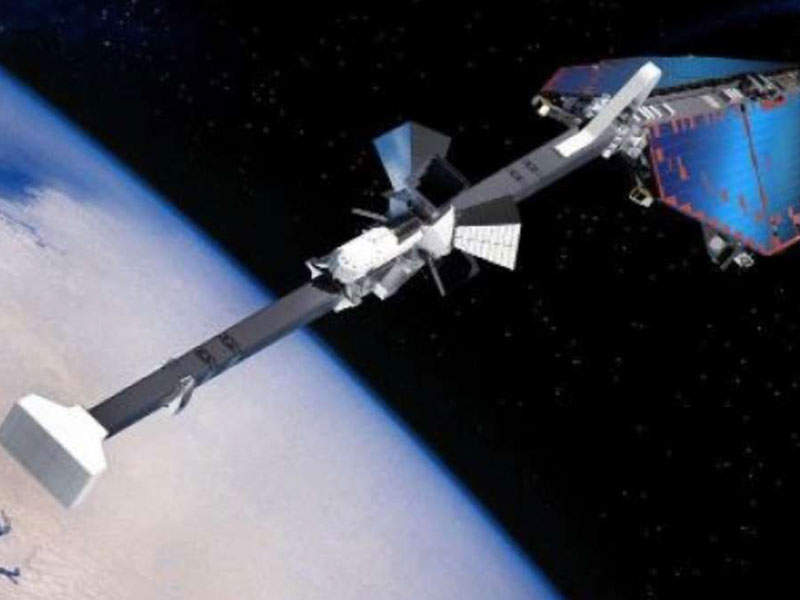 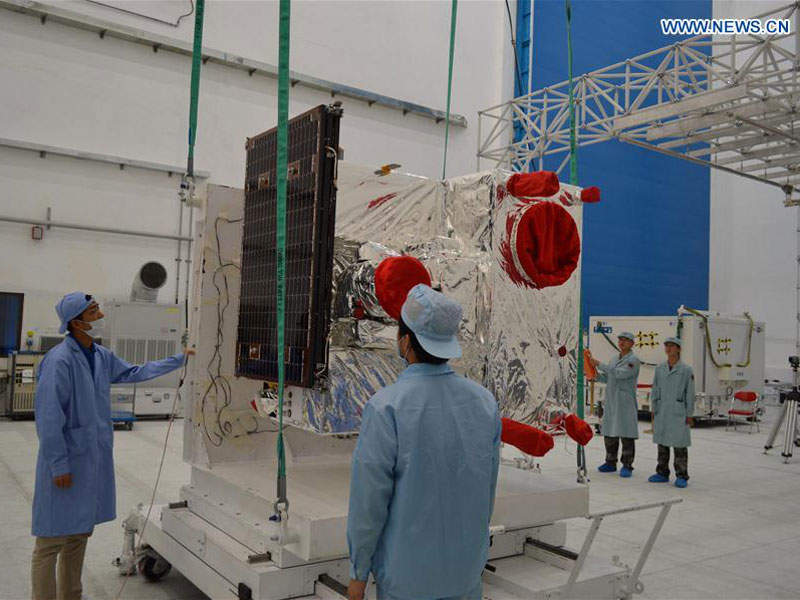 The satellite is fitted with Sagnac interferometer instrument. Credit: Xinhua. 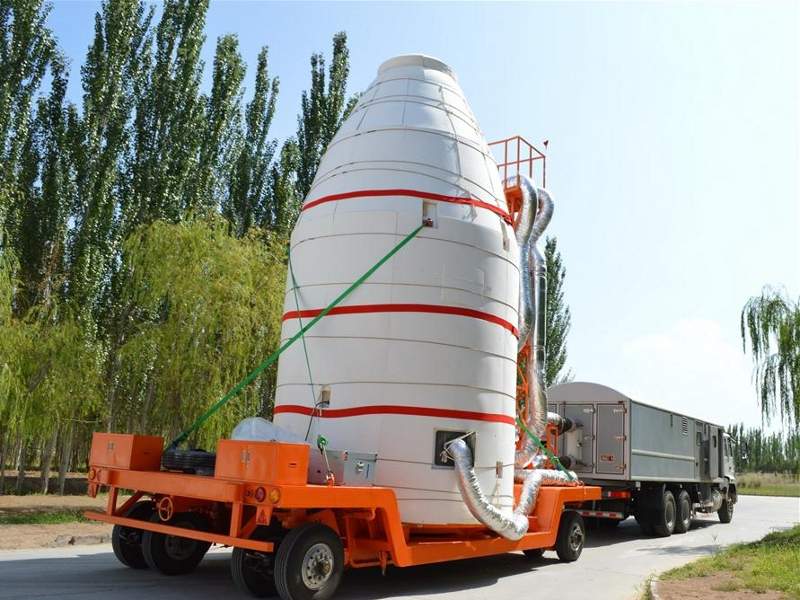 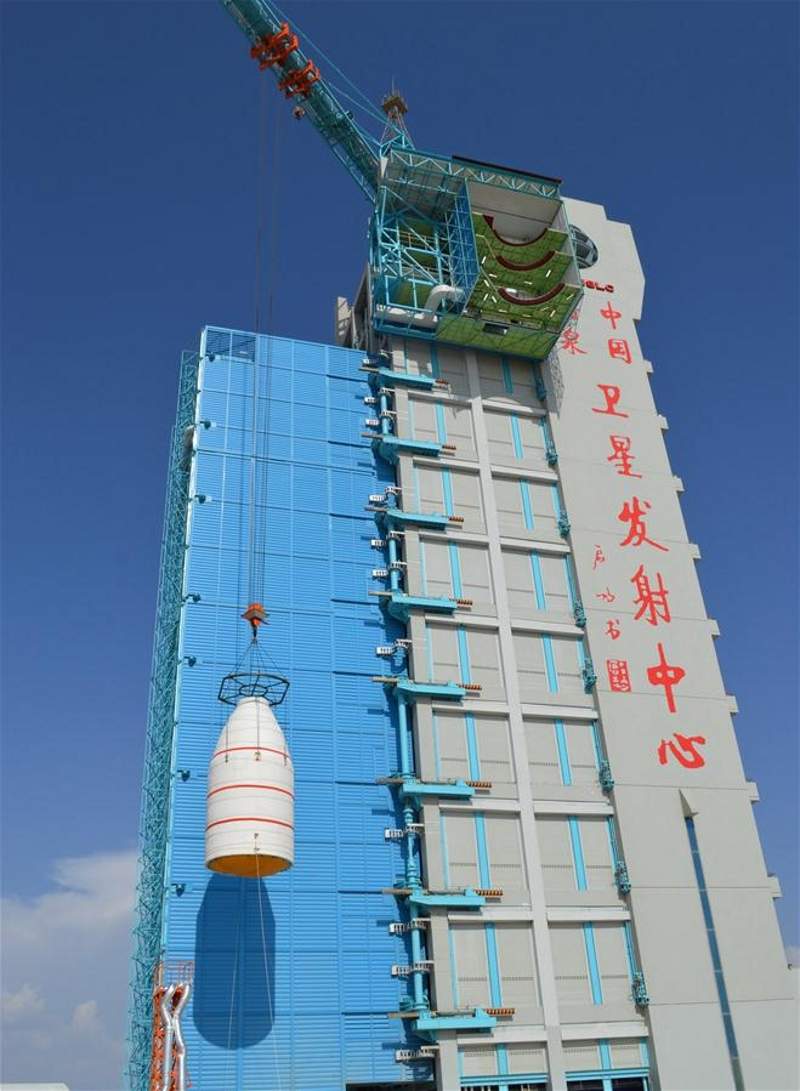 Micius satellite in its fairing being lifted for installation on the rocket. Credit: Xinhua. 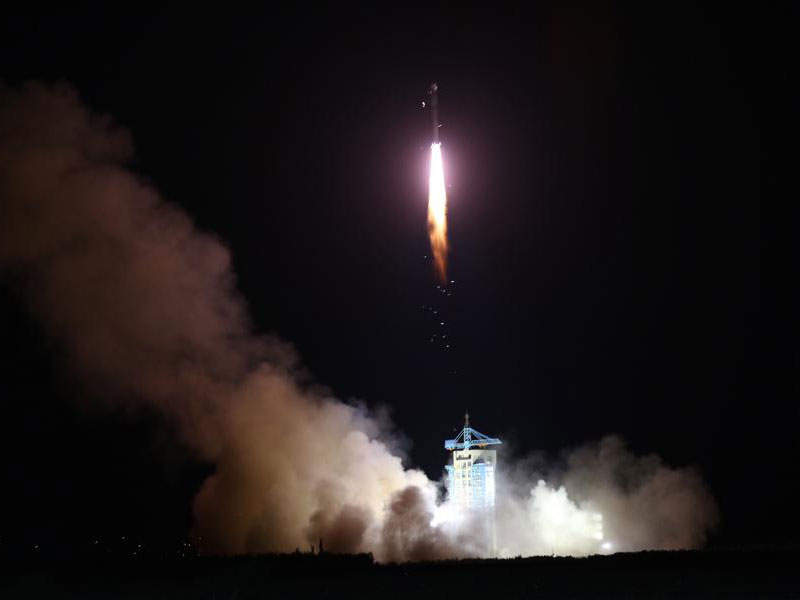 Micius was launched on board a Long March 2D rocket in August 2016. Credit: Xinhua / Jin Liwang.

The Quantum Experiments at Space Scale (QUESS) or Micius, the world’s first quantum communications satellite, was launched on a Long March-2D rocket in August 2016. The satellite is named after Micius (Mozi), an ancient Chinese philosopher and scientist.

Touted as the world’s first hack-proof satellite, Micius will provide quantum communications between space and Earth. Chinese Academy of Sciences (CAS), the operator of Micius, received 202MB of first batch data from the satellite in August 2016.

The first Micius satellite was developed at an estimated cost of $100m under China’s Strategic Priority Programme on Space Science. It will demonstrate transcontinental quantum communications between China and Austria. Micius 2 and Micius 3 satellites are planned to follow the first QUESS satellite.

Design and development of the QUESS satellite

Micius quantum satellite development was initiated by CAS in partnership with the Institute for Quantum Optics and Quantum Information (IQOQI), Vienna, of the Austrian Academy of Sciences in 2011.

CAS conducted environmental simulation testing, including mechanical testing, on the structural prototype of the spacecraft in October 2013. The satellite was transported to Jiuquan for pre-launch operations in July 2016.

With a launch mass of 600kg, Micius integrates a Sagnac interferometer instrument with a quantum key communicator, quantum entanglement emitter and entanglement source. The spacecraft also includes a processing unit and laser communicator.

Micius quantum satellite was launched using a Long March 2D rocket manufactured by the Shanghai Academy of Spaceflight Technology. The two-stage rocket had a length of 41m and diameter of 3.35m.

The launch vehicle was powered by four YF-21C engines, generating 2,961.6kN of thrust in the first stage. A YF-24 propulsion module, including a YF-22 main and four YF-23 vernier engines and generating a total thrust of 930kN, powered the second stage.

The satellite was launched from launchpad 603 located at the LC43 complex at Jiuquan space centre in Jiuquan, north-west China.

“Touted as the world’s first hack-proof satellite, Micius will provide quantum communications between space and Earth.”

The QUESS satellite will be injected into the sun-synchronous orbit at an altitude of 600km and circumnavigate the Earth once every 90 minutes. The satellite will remain in orbit for two years. The objective of the mission is to test the phenomenon of quantum entanglement.

The mission will present quantum key distribution (QKD) between the satellite, the Xinjiang astronomical observatory in western China and the Xinglong observatory in Yanshan, approximately 200km away from Beijing.

The experiments will be followed by an intercontinental QKD channel between Beijing and Vienna, with an option to include stations between Italy and Germany. The mission intends to establish future worldwide quantum internet and create a quantum communications network by 2030.

The optical receivers for the European ground stations were provided by the IQOQI Vienna Austrian Academy of Sciences.

The satellite transmitted the first set of data to a station located in Miyun, while two more stations, located at Kashgar in north-west China and Sanya in south-east China, will also track and receive data from the satellite.