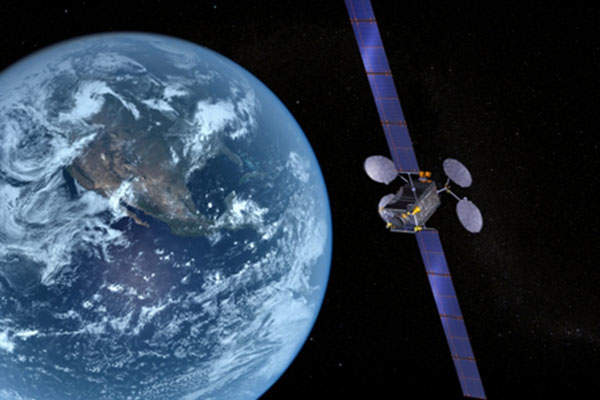 EUTELSAT 115 West B was previously known as Satmex 7. Credit: Boeing. 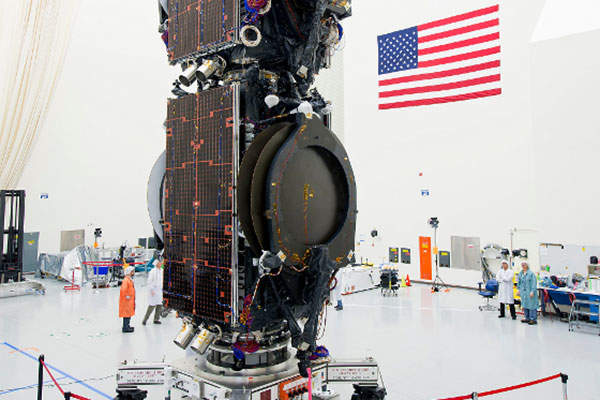 The satellite was joined with the ABS-3A satellite in November 2014. Credit: Boeing. 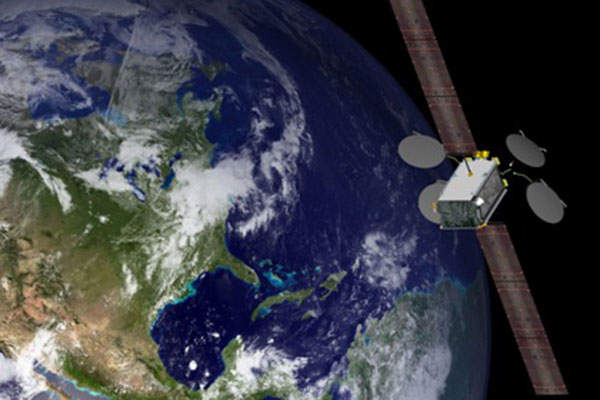 EUTELSAT 115 West B is based on Boeing’s 702SP platform. Credit: Boeing.

EUTELSAT 115 West B is an all-electric communication satellite designed and manufactured by Boeing Defense and Space for France-based satellite operator Eutelsat. The satellite is the first of two all-electric propulsion satellites to enter service.

It was launched on 2 March 2015 aboard SpaceX’s launch vehicle Falcon 9 from the Cape Canaveral launch station, Florida, US.

EUTELSAT 115 West B is placed in a geostationary orbit at 114.9° west and will provide key services that include broadband, video and cellular mobility upon entering service by the end of 2015. It will open new markets for Eutelsat in Alaska and Canada.

Previously known as Satmex 7, the satellite was originally owned by Satélites Mexicanos (Satmex), before Eutelsat acquired Satmex in 2014 and renamed it.

The design and development contract was awarded to Boeing Defense and Space in March 2012, with Boeing’s Phantom Works unit completing design work. The satellite was built at the Boeing Satellite Development Centre in El Segundo, California, US.

In November 2014, EUTELSAT 115 West B was paired with its co-passenger ABS-3A in a stacked configuration, which was a significant milestone towards the first-ever conjoined satellite launch. Both satellites were tested to check their resistance against the force of launch.

Boeing also received a patent from the US Government for the Multi Space Vehicle Launch System in December 2014. The technology allowed for two all-electric satellites to be stacked and launched together.

Construction of the satellites was completed in January 2015.

EUTELSAT 115 West B is based on the 702SP platform, manufactured by Boeing Network & Space Systems’ satellite businesses and Phantom Works. It features an all-electric propulsion system and a joint configuration for a dual-manifest launch.

The low mass and weight of the two 702SP satellites meant only a single launch vehicle was required, resulting in up to 20% cost reductions than existing alternatives.

EUTELSAT’s platform operates in low-to-mid power ranges of 3kW to 8kW. It can accommodate up to five reflectors and features next-generation avionics architecture.

Its satellite bus offers more than 15 years of satellite service and is designed to accommodate a variety of payloads, including sensors, UHF, military Ka-band and navigation L-band.

Space Exploration Technologies (SpaceX) was selected to launch EUTELSAT 115 West B along with the ABS satellite.

A single Merlin vacuum engine is included in the second stage to deliver the payload to the respective orbit. The engine can be restarted multiple times to place different payloads into various orbits.

This stage generates a thrust of 180,000lbf, while an intermediate stage between the first and second includes the release and separation system.