National Oceanic and Atmospheric Administration (NOAA), Nasa and the US Air Force
Expand 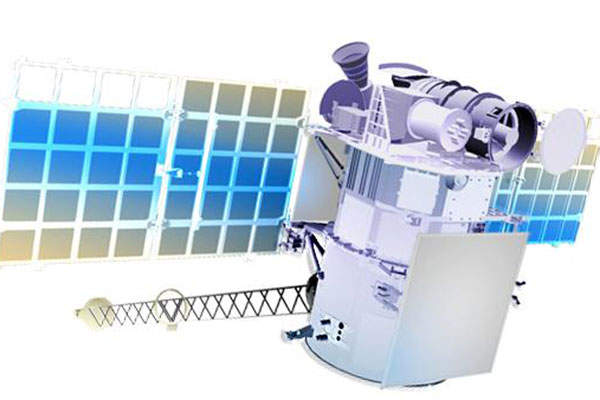 An artist’s rendering of the DSCOVR satellite. 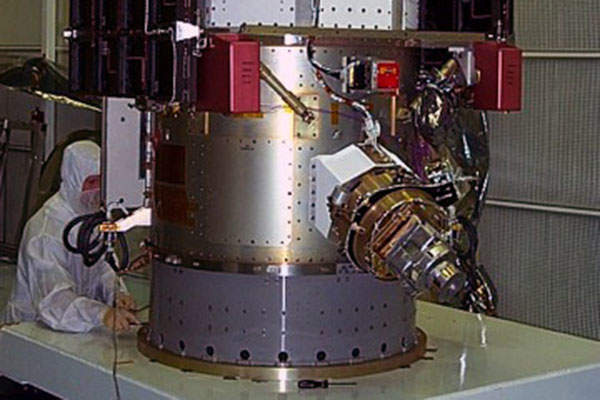 The DSCOVR satellite was launched into space in February 2015. 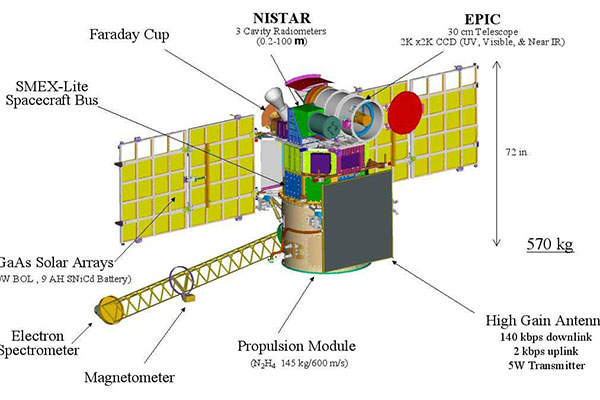 The DSCOVR satellite is fitted with highly sophisticated instruments for the observation of Earth and space weather.

The Deep Space Climate Observatory (DSCOVR) is an Earth observation and space weather satellite, developed by the National Oceanic and Atmospheric Administration (NOAA), Nasa and the US Air Force (USAF).

It was launched into space in February 2015 from the Cape Canaveral Air Force Station in Florida, US.

The satellite will support the nation’s real-time solar wind monitoring capabilities from Lagrangian point one orbit, which is located at a distance of approximately one million miles from Earth. The DSCOVR will also replace the Advanced Composition Explore (ACE) satellite launched by NASA in 1997 and provide warnings of geomagnetic storms caused by solar winds.

The DSCOVR, which measures 54in x 72in, has a launch mass of 570kg and is designed for a mission lifespan of five years.

A development programme of the spacecraft, which was known as Triana, began in 1998. It was, however, terminated and the satellite was placed into storage in 2001. The mission was then renamed DSCOVR and moved out of storage in 2008.

Its refurbishment process began in 2009 and was completed by 2012.

The satellite was built with an investment of £220m ($340m), funded by NOAA, Nasa and the USAF. Funding for the development of secondary sensors for Earth and space science observations of the satellite was provided by Nasa.

KazEOSat-1 is the first Earth observation satellite from Kazakhstan.

PlasMag, the main instrument fitted onboard DSCOVR, was developed at Nasa’s Goddard Space Flight Centre in Greenbelt, Maryland, and the Massachusetts Institute of Technology. It measures solar wind activity to provide highly accurate and rapid warning of geomagnetic storms up to one hour before they reach Earth.

PlasMag integrates a fluxgate magnetometer, a solar wind positive ion detector and an electron electrostatic analyser for measuring the magnetic field and the velocity distribution.

It is a cavity radiometer that measures the reflected and emitted energy from the entire sunlit side of Earth to enhance the ability to empathise the effects of changes in Earth’s radiation levels due to human activities and natural processes.

In addition, a Pulse Height Analyser, an engineering instrument designed and built by GSFC, measures the activity of high-energy particles, which can impact electronics aboard the satellite.

The satellite was launched aboard a Falcon 9 rocket, with launch services provided by SpaceX.

The ejection from the Falcon upper-stage occurred after 36 minutes of launch and the satellite is expected to reach its operational station in 110 days.

“The satellite was launched aboard a Falcon 9 rocket.”

In addition, NOAA, through its Space Weather Prediction Centre and National Geophysical Data Centre, will process and provide the space weather data and forecasts.

The DSCOVR Science Operations Centre located at the Nasa Goddard Space Flight Centre will process the Earth science data that will be publicly distributed through the Nasa Langley Atmospheric Science Data Centre.