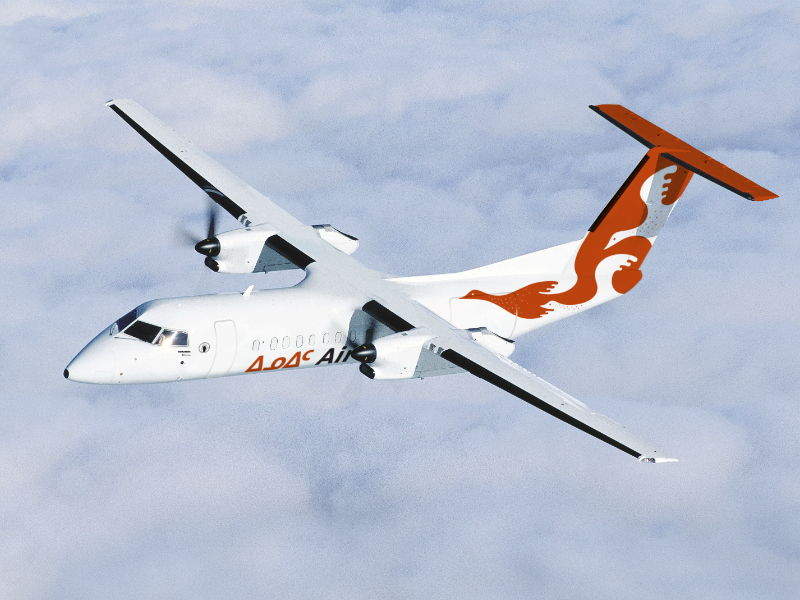 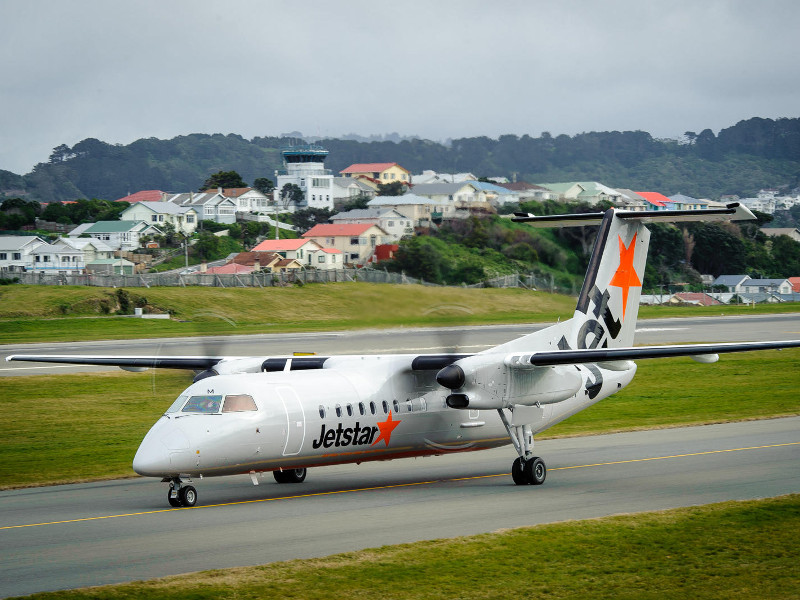 Q300 has a longer passenger cabin than the Q200 aircraft. Image courtesy of Jetstar Airways. 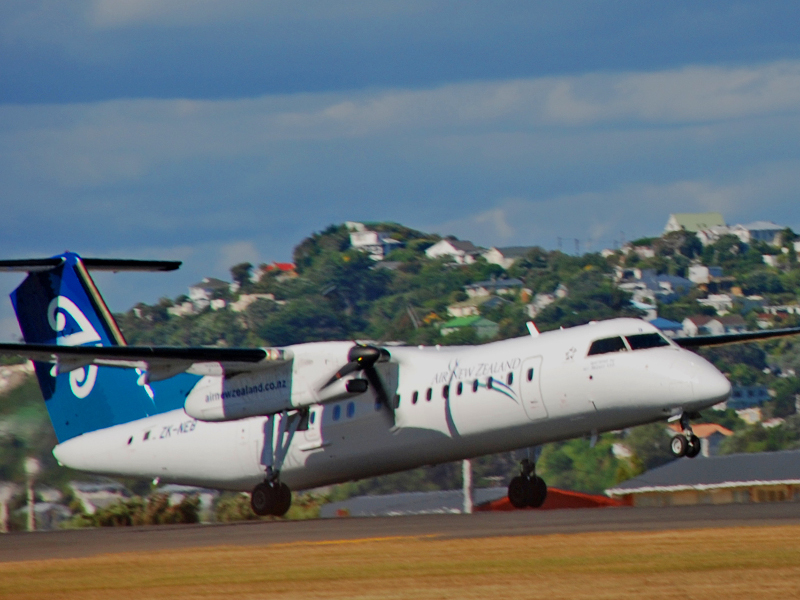 The Dash 8 Q300 regional airliner was introduced in 1998 by Bombardier Aerospace De Havilland based in Downsville Ontario. The aircraft can seat up to 56 passengers. The Q series Dash 8 family also includes the Q100 (37 seats), Q200 (39 seats) and Q400 (68 to 78 seats). Orders have been received for 981 aircraft of the family with 868 delivered. The Q300 has a larger fuselage and added wingtips and has more powerful engines compared to the Bombardier Q200 airliner.

The aircraft is fitted with the Bombardier noise and vibration suppression system (NVS). NVS technology was introduced on the Dash 8 turboprop family in 1996 and the Dash 8 series of aircraft was renamed the Q series.

Bombardier’s entire Dash 8 programme was acquired by Viking Air’s parent company Longview Aviation Capital in November 2018 in a transaction that provided the rights over all assets and intellectual property and Type Certificates of the programme to Longview. The deal included the Dash 8 programme’s 100, 200 and 300 series and the in-production Q400. Longview formed a holding company, known as De Havilland Aircraft of Canada Limited, to operate the Dash 8  business. The purchase was completed in June 2019.

Orders for the Q300 aircraft

A maritime surveillance variant was ordered by the Swedish Coast Guard. The prime contractor is Field Aviation Company. L-3 Communications Integrated Systems is providing the mission systems, including surveillance radar, FLIR (forward-looking infrared) and infrared line scanner. The first of three DHC-8-Q300 MSA aircraft was delivered to the Swedish coastguard in May 2008.

This variant was also ordered in March 2006 by National Air Support (NAS) of Australia on behalf of Australian customs. Three aircraft were delivered and another two were converted from the fleet of National Jet Systems. The Japanese Coast Guard selected the Q300 MSA in December 2006 with a requirement for three aircraft.

Air Inuit was the launch customer for Bombardier Q300 Freighter with a large cargo door. The freighter was formed by modifying the passenger aircraft into a freighter aircraft.

The fuselage is almost circular in cross-section. The upper centre line of the fuselage carries a large dorsal fin blending with the swept vertical fin of the T-tail. The aircraft has conventional and power-assisted flight controls and a digital automatic flight control system.

The Q300 aircraft has a dual-control cockpit with a Honeywell electronic flight instrumentation system (EFIS) interfaced to a Honeywell dual-channel digital automatic flight control system type SPZ-8000, an automatic flight director and autopilot. A flight management system can be fitted as an option.

The flight deck can be fitted with a Flight Dynamics HGS2000 head-up guidance system to give the aircraft Cat IIIa capability.

The Honeywell avionics system is the standard fit for the Q300 and a Rockwell Collins avionics suite can be fitted as an alternative.

The Q300 has a longer passenger cabin, 12.65m compared to the Q200’s cabin length of 9.14m. The cabin can be configured in a single-aisle, four-abreast seating arrangement for 50 passengers in a standard seating or 56 passengers in economy class seating. The cabin is pressurised and air-conditioned with two air conditioning units. The baggage hold has a capacity of 8.5m³.

A high-gross weight variant of the Q300, the Q300HGW, is powered by PW 123B turbo engines, which provide increased power for operation from cold and low airport conditions. The PW123B engines are rated at 1,864kW. The HGW aircraft can carry a greater maximum payload of 6,126kg compared to the 5,166kg payload of the standard baseline Q300 version.

Another engine option, the Pratt & Whitney PW123E, rated at 1,775kW, provides the aircraft with sustained and increased power at ambient temperatures up to 40°C for operation in hot-and-high conditions.

The wing tanks store up to 3,160l of usable fuel and optional auxiliary tanks provide an additional 2,540l of fuel, giving a total fuel capacity of 5,700l. The Q300 aircraft is equipped with a Simmonds fuel monitoring system, gravity filling points in the upper wing and a single pressure refuelling point in the starboard engine nacelle.