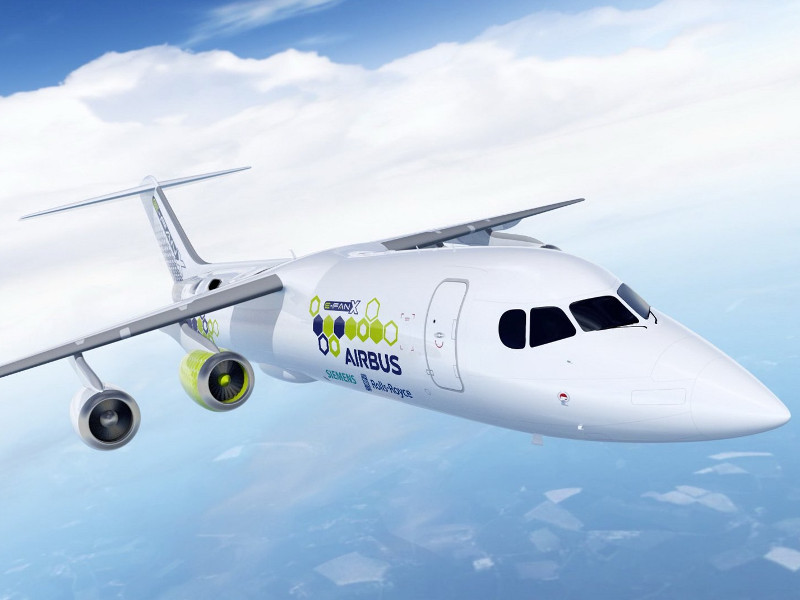 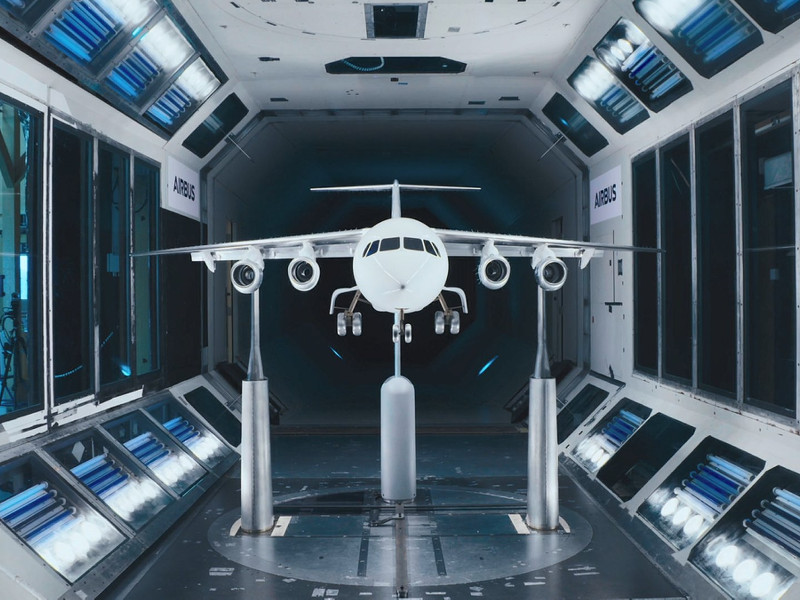 The completion of wind tunnel test for the aircraft was announced in February 2020. Credit: Airbus SAS. 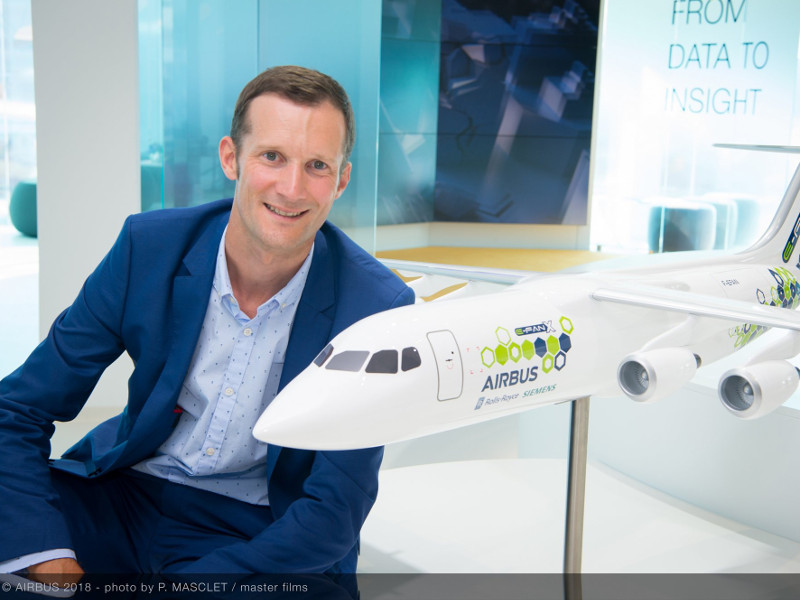 The demonstrator will be launched using a scale model of a BAe 146 RJ100 aircraft. Credit: P Masclet / master films. 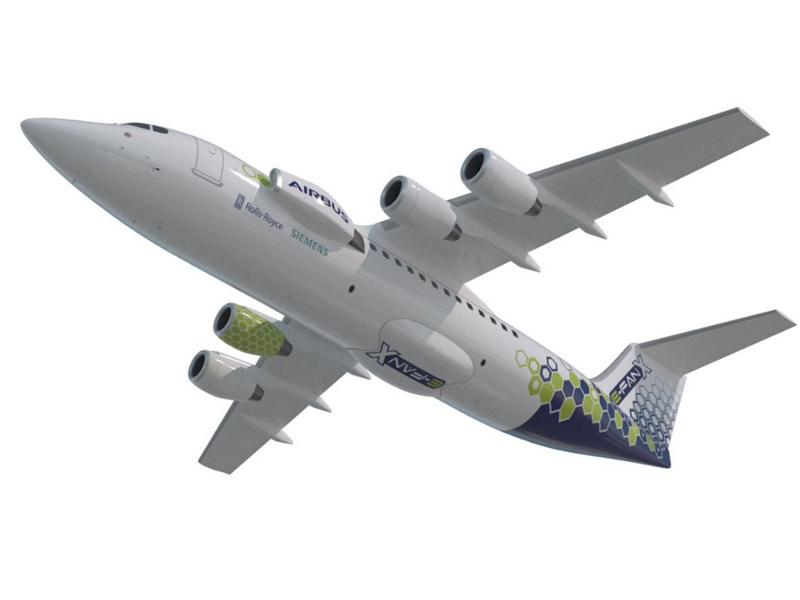 One of the four jet engines of the aircraft will be replaced by a 2MW electric motor. Credit: Airbus SAS.

E-Fan X is a complex hybrid-electric aircraft demonstrator that Airbus and Rolls-Royce are currently developing.

The project aims to develop and demonstrate technologies related to hybrid-electric propulsion. It will complement Airbus’ efforts to advance the electrification of commercial aircraft and push towards achieving zero-emission flight over the next 20 years.

E-Fan X hybrid aircraft development programme is based on the Airbus E-Fan battery-powered two-seater aircraft. It is expected to be 60 times more powerful than the E-Fan aircraft and is being positioned as a potential solution to meet the targets of the European Commission’s Flightpath 2050 Vision for Aviation that aims to reduce CO₂ by 75%, NOx by 90% and noise by 65%.

The maiden flight of the demonstrator is planned to be performed in 2021.

In November 2017, the E-Fan X demonstrator programme was launched at the Royal Aeronautical Society in London as an innovation project.

It was initially proposed to be jointly developed by Airbus, Rolls-Royce and Siemens. In June 2019, Siemens decided to leave the project. Siemens was planning to supply 2MW electric motors and associated power electronic control unit, as well as a power distribution system.

As part of the partnership, Airbus will oversee overall aircraft integration and control architecture for the hybrid-electric propulsion system and batteries. The company will also be responsible for system integration with flight controls.

Rolls-Royce will provide turbo-shaft engine, 2MW generator and power electronics. The company will partner with Airbus to adapt the fan to the existing nacelle and electric motor.

Airbus successfully completed the demonstrator’s wind tunnel testing in February 2020. The testing was performed in Filton, UK, and provided insight into E-Fan X’s aerodynamic design and capabilities such as low-speed performance and handling qualities.

The demonstrator will undergo flight tests for characterisation in 2020. During the same year, the company plans to integrate the electric motor into the test aircraft.

The hybrid-electric aircraft is based on the BAe 146 RJ100, which is a short-haul regional airliner to be modified by Cranfield Aerospace. The programme includes ground tests on a BAe 146 flying testbed. One of the four jet engines on the aircraft will be replaced with a 2MW electric motor. Future plans include replacing another turbine with an electric motor.

BAe 146 RJ100 aircraft will undergo other modifications to accommodate externally mounted heat exchangers for liquid cooling systems. An exhaust will be fitted to the power generation system, which is mounted over the fuselage.

Issues related to high-power propulsion systems, including electric thrust management, thermal effects, altitude and dynamic effects on electric systems, as well as electromagnetic compatibility will be studied as part of the project.

The aircraft is expected to improve technology, performance, safety and reliability and support the development of hybrid-electric technology.

E-Fan X hybrid-electric demonstrator is funded by investment from the industry and government agencies.

It is co-funded by the UK Government, through Aerospace Technology Institute (ATI) and Clean Sky 2. The UK is supporting the project with an investment of £58m ($75.41m). The investment is part of the government’s aim to become a frontrunner in the hybrid propulsion and power electronics market.

E-Fan X’s electric propulsion system will be powered by a power-generation system and high-power battery. For high power needs during take-off, the aircraft will rely on both generator and battery energy. Electricity supply will be carried through a 3,000V DC converter.

The aircraft will also be equipped with telemetry for flight test instrumentation and data transmission regarding propulsion, battery and engine.

It will have 700kW lithium-ion batteries to support both take-off and climbing.

Apart from environmental benefits, the aircraft has the potential to revolutionise aircraft design.

E-Fan X programme is also expected to help determine the requirements for future certification of electrically powered aircraft. In addition, engineers and designers working in the programme will gain exposure in hybrid-electric technology for commercial aircraft.

Airbus awarded a contract to MDS for the supply of test systems for the test bench of E-Fan X in October 2018.