Range With 8 Passengers and 4 Crew 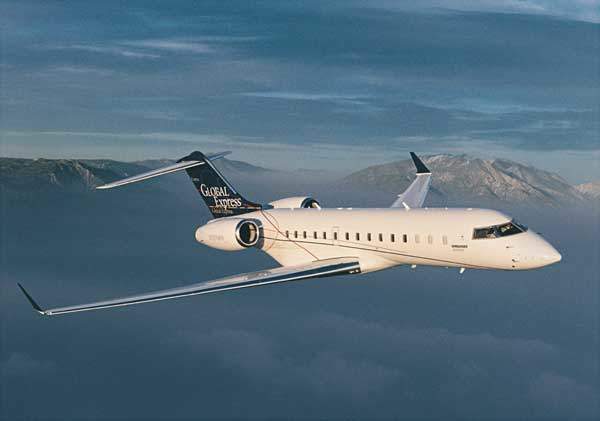 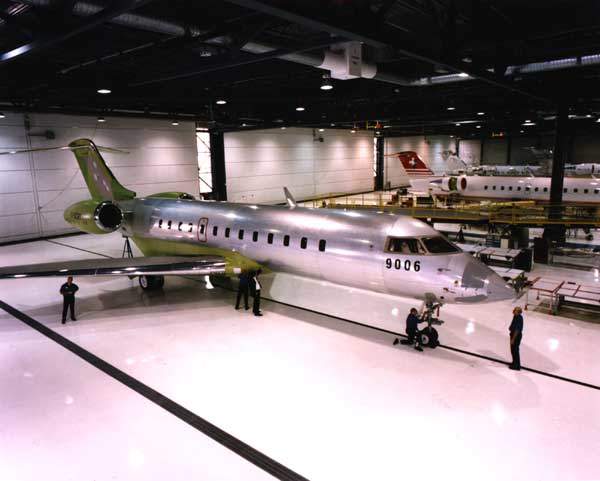 The Global Express has a range of 11,130km with eight passengers and four crew. 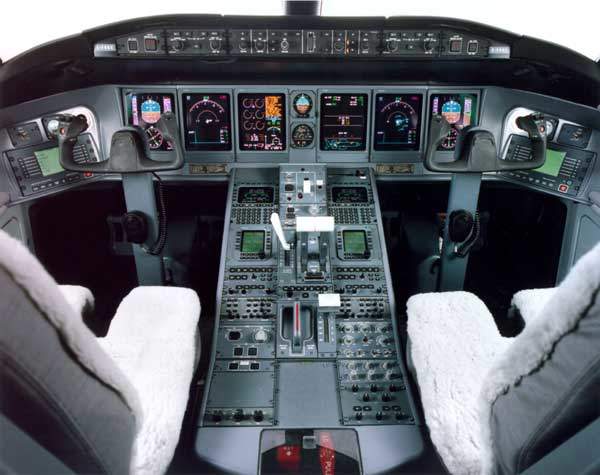 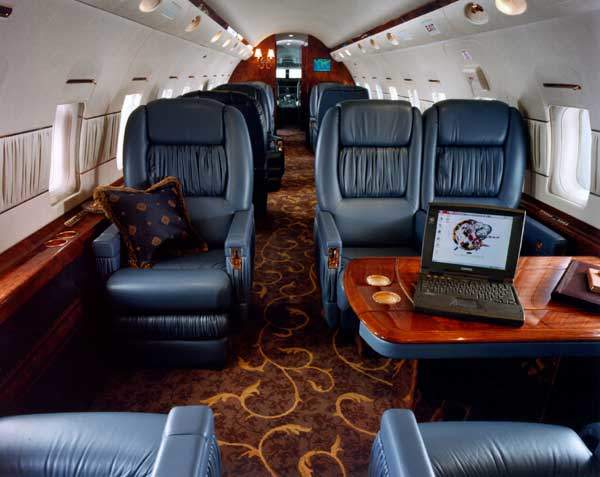 The first Bombardier Global Express featuring a customised interior made its first appearance at the National Business Aviation Association (NBAA), in Dallas. The interior was completed at the de Havilland facility in Toronto. 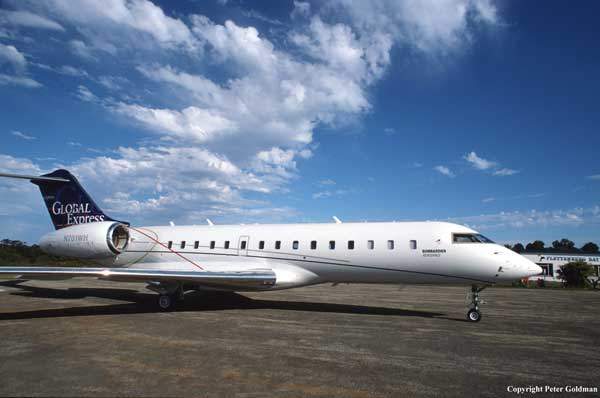 A Global Express business jet landed at Plettenberg Bay, South Africa, landing in less than 3,000ft after taking off from the airfield in under 2,000ft from a standing start. 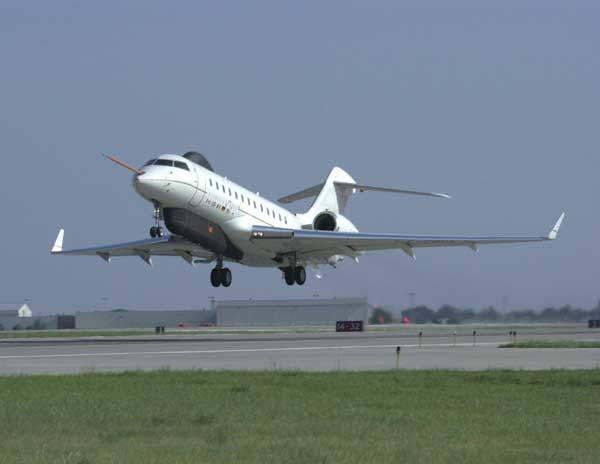 The first flight of a Global Express jet configured as an ASTOR platform took place in August 2001.

The Global Express is the ultra long-range business jet developed by Bombardier Aerospace. The aircraft has a cruise speed just below sonic level at Mach 0.88 or 0.85 and is capable of using first class or secondary airports and basic short airfields in remote areas. Global Express is certified by European (JAA and LBA) and North American (FAA and Transport Canada) airworthiness authorities.

The Global Express entered service in 1999. The Royal Malaysian Air Force has a Global Express in its fleet for VIP operations and Bombardier Flexjet manages a fleet of Global Express aircraft for its fractional ownership programme.

The Global Express was selected as the aircraft platform for the UK Ministry of Defence Airborne Standoff Radar ASTOR aircraft. First flight of the fully configured aircraft took place in May 2004. The first Sentinel R1 ASTOR aircraft was delivered in June 2007 and it entered into service in December 2008 with the Royal Air Force. The aircraft was operated by Number 5 (army cooperation) Squadron. Two Global Express aircraft are used by the Japanese Civil Aviation Bureau for airway calibration.

Bombardier has developed the ultra long-range Bombardier Global Express XRS, which adds a forward fuel tank to extend the range to 11,390km (6,150nm) at Mach 0.85. The aircraft also has a new “zero flaps” take-off ability, which allows access to more “hot and high” airports. The first flight of the aircraft took place in January 2005 and it entered service in December 2005. The Global Express XRS is the current production model.

The flight deck of the Global Express is equipped with a dual electronic flight information system (EFIS) with six 8in by 7in high-resolution CRT multifunction displays, a dual Rockwell Collins digital radio altimeter and standby airspeed altimeters, artificial horizon and heading indicator.

Thales Avionics Canada and CMC Electronics (formerly BAE Systems Canada) have developed the Bombardier enhanced vision system (BEVS) for the Global Express. The BEVS, which integrates a 40°×26° Thales head-up display (HUD) and CMC’s SureSight infrared sensor, improves the pilot’s situational awareness in low-visibility conditions and at night. The system received certification in September 2005 and is available as retrofit to the Global Express and as standard on the XRS. The Max-Vis EVS-1000 enhanced vision system is also available for the Global Express.

The communications systems include Rockwell Collins HF and VHF systems, with dual transponders and communications management systems. There is a five-channel selective calling system from Coltech and a Honeywell flight data recorder and cockpit voice recorder.

The aircraft is equipped with a Honeywell satellite communications unit with a Teledyne Magnastar “office in the sky” data link. The satellite antenna is mounted in the cap of the tailfin.

In May 2010, Bombardier received supplemental type certification (STC) for Global 5000, Global Express and Global Express XRS. The certificate, received along with Honeywell, will enable the installation of Primus Elite DU-875 liquid crystal display upgraded versions in all the three aircraft.

It also includes the Bombardier enhanced vision system (BEVS). Global Vision was certified with EFVS (enhanced flight vision system) in February 2010. The system will enter service on a Global Express XRS with launch customer London Air Services of Canada in 2011.

The 14.73m-long cabin is heated and air-conditioned. An Ultra Electronics active noise and vibration-cancellation system ensures quiet conditions in flight. The cabin can be laid out for 8 to 19 passengers. Customised interior layouts can include office, stateroom or conference-style areas. The baggage compartment at the rear of the cabin is accessible in flight. The port side door at the front of the cabin has airstairs.

The aircraft has both gravity and pressure refuelling. It carries a maximum fuel load of 19,663kg (20,400kg for the XRS) in integral wing tanks, a centre section tank and an auxiliary tank in the rear fuselage section. A Parker Bertea Aerospace automatic fuel management system balances the distribution of the fuel using Ametek Aerospace fuel flow transmitters.

“Customised interior layouts can include office, stateroom or conference-style areas.”

The management system automatically reconfigures the power supply system in the event of an electrical fault or failure and performs load prioritisation and load shedding. Two control display units in the cockpit provide the pilots with the electrical systems status and allow resetting of circuit breakers.

The Messier Dowty International landing gear is tricycle-type and hydraulically operated. Each unit has twin wheels. The landing gear is fitted with carbon brakes and a Goodrich / Hydro Aire brake-by-wire anti-skid system.