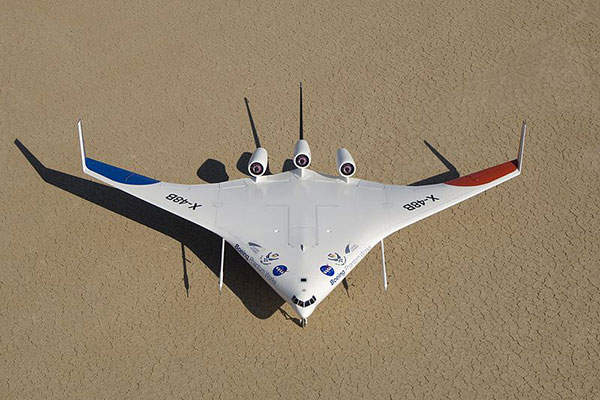 The X-48 is an investigational unmanned aerial vehicle (UAV). 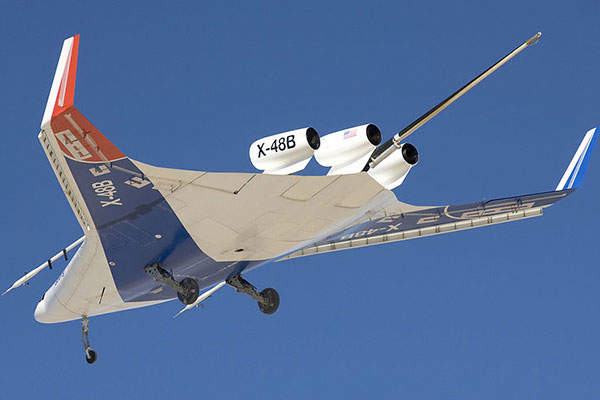 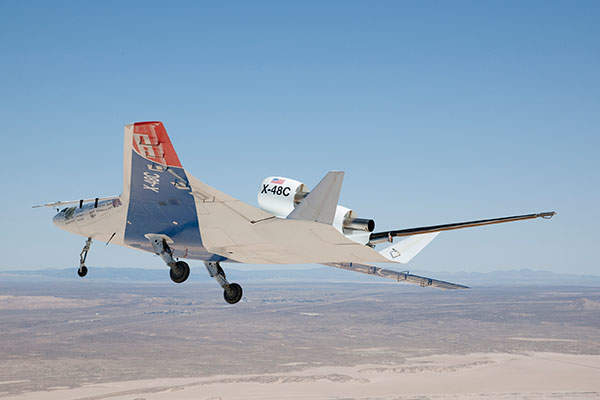 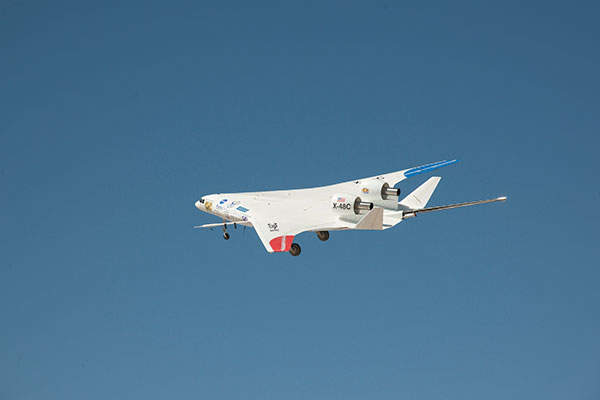 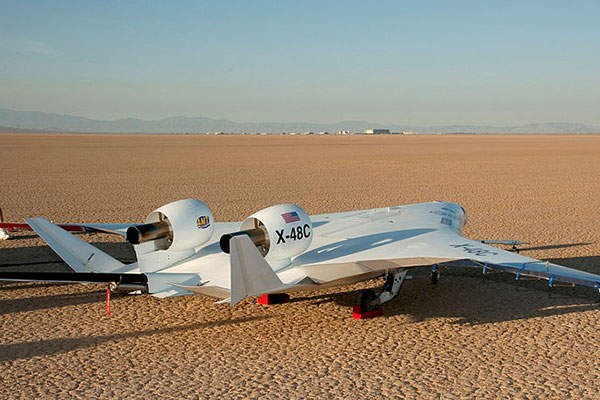 The aft deck of the X-48C aircraft was extended about two feet to the rear. 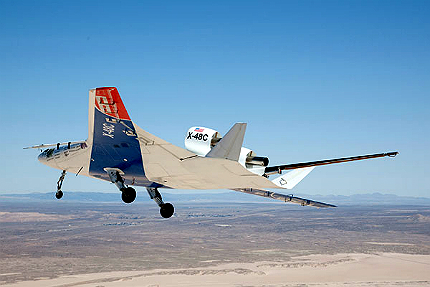 The X-48 aircraft is an investigational unmanned aerial vehicle (UAV) aimed at studying the characteristics of the blended wing body (BWB) for aircraft. The UAV is designed by Boeing Research & Technology and built by Cranfield Aerospace, in association with the National Aeronautic and Space Administration (Nasa) and the US Air Force Research Laboratory.

The aircraft has three variants, which include X-48A, X-48B, and X-48C. The development of the X-48A was cancelled due to problems in the flight control systems development. The other two aircraft versions have completed more than 122 flight tests.

"The BWB concept for X-48 aircraft was developed by Boeing Phantom Works with the Nasa Langley Research Centre."

The X-48 aircraft design includes a blended wing body (BWB), which is an offshoot of Nasa’s Environmentally Responsible Aviation (ERA) project. The BWB concept for X-48 aircraft was developed by Boeing Phantom Works in association with the Nasa Langley Research Centre.

The X-48 aircraft is constructed using advanced lightweight composite materials. It was initially designed as passenger aircraft, but is now being tested for military purposes too.

The BWB design provides advantages in structural, aerodynamic and operating efficiencies for the aircraft, which will result in lower manufacturing costs. The BWB design can be applied for a variety of military and commercial aircraft.

The X-48 aircraft can be controlled effectively as a conventional tube-and-wing aircraft during takeoffs and landings. The aircraft offers high fuel efficiency and low noise.

In April 2013, Boeing and Nasa proposed to develop an advanced and larger BWB demonstrator aircraft with greater endurance and payload capacity and transonic flight capabilities, in the next 15 to 20 years.

The X-48B made the maiden flight in July 2007. The aircraft completed the initial flight tests in March 2010 at Dryden Flight Research Centre in Edwards, California. The second phase of flight tests, which included investigating the controllability of the aircraft, began in September 2010. The aircraft also completed 250 hours of wind tunnel tests.

The X-48C made its first flight in August 2012. The final test flights of the aircraft were completed by the joint team comprising Nasa and Boeing, at Nasa’s Dryden Flight Research Centre in April 2013. The aircraft completed more than 30 test flights in the eight months of the test programme.

"The BWB design provides advantages in structural, aerodynamic and operating efficiencies for the aircraft."

The X-48C aircraft features an airframe noise-shielding configuration. The external modifications to the aircraft included relocating the wingtip winglets inboard located adjacent to the engine exhaust ducts, and turning the winglets into twin vertical tails. The aft deck of the aircraft was extended about two feet to the rear of the aircraft.

The X-48B aircraft is powered by three P200 turbojets manufactured by JetCat. The engines have 52lbf of thrust each.

Boeing’s 787-9 Dreamliner is a stretched variant of the 787-8 aircraft. The aircraft will have a seating capacity suitable for 250-290 passengers.