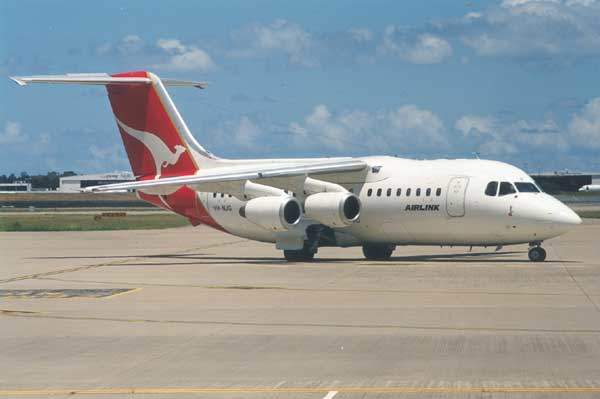 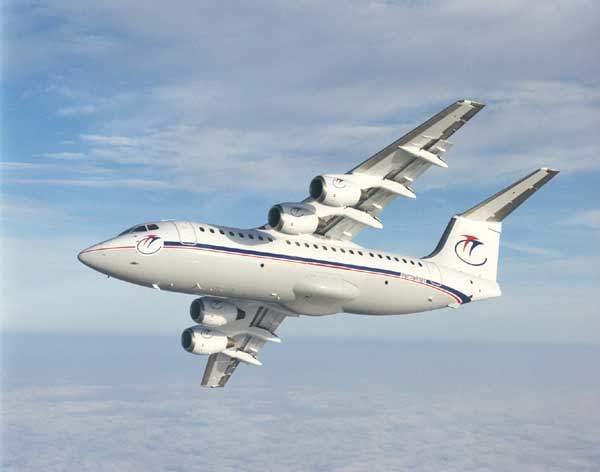 Eurowings of Germany is a major operator of both the Series 200 and Series 300 versions of BAE 146. 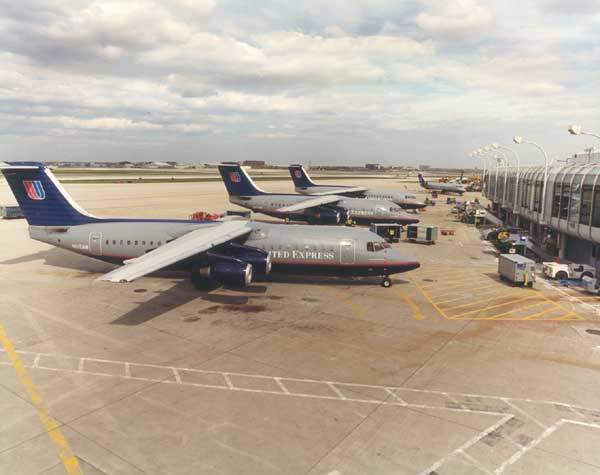 Air Wisconsin was one of the first customers for the BAE 146 but no longer operates the aircraft. 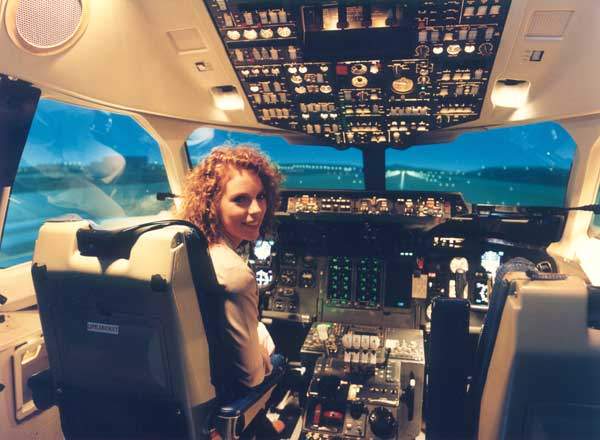 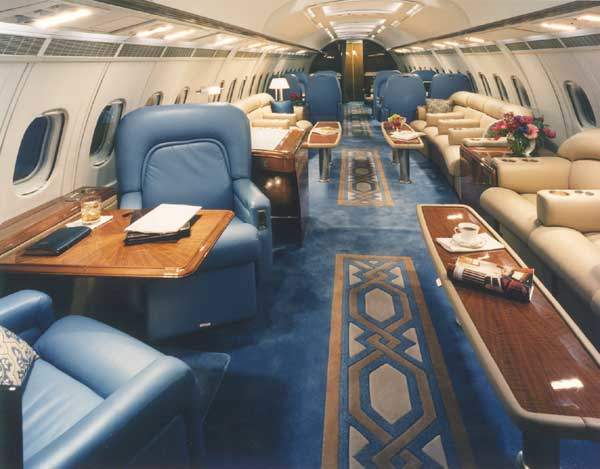 The large interior cabin allows the BAE 146 to operate as a corporate aircraft, corporate shuttle and a Heads of State aircraft. 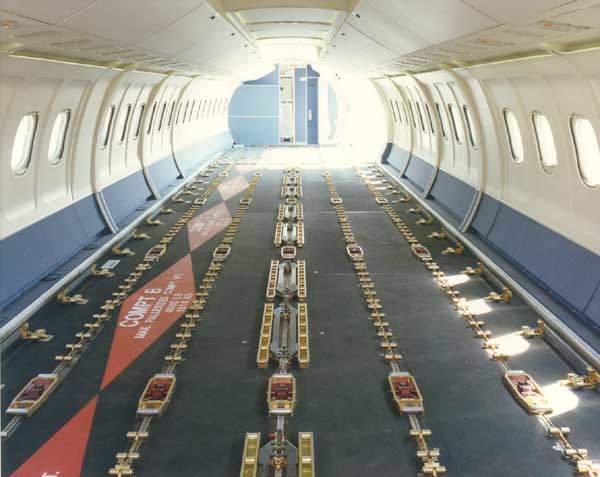 The interior of the roller floor of the BAE 146QC. The BAE 146QC (quick change) features a palletised seating system that can be offloaded and replaced with palletised containers in about 30 minutes. 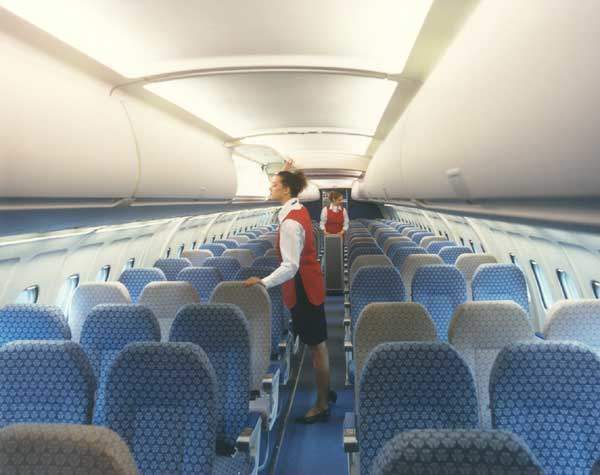 The BAE 146 short to medium-range regional airliner is flown by operators worldwide. 229 BAE 146 were built between 1983 and 1993, including the Statesman for the Queens Flight of the Royal Air Force and for the Abu Dhabi Royal Flight. As of August 2010, about 230 aircraft were in service with 60 operators in more than 30 countries worldwide.

Three different length versions of the BAE 146 were built, the series 100 with 70 to 84 seats; the 200 series with 85 to 100 seats; and the 300 series with 100 to 112 seats. The 146 provides versatile and low-noise operation for noise-sensitive approach and take-off paths, the capability of short steep approaches into city airports or onto difficult airfields with minimal ground facilities.

With 97% commonality of equipment and systems, the BAE 146 offers a true family of interchangeable aircraft for efficient fleet planning. The aircraft offers quiet operation and was marketed under the name ‘Whisperjet’. It sees wide usage at small city-based airports. In its primary role, it serves as a regional jet, short-haul airliner or regional airliner.

The 146 family of aircraft provides seating capacities of 70 to 112 and in the ‘statesman’ configuration various VIP layouts. Passenger access is at both ends of the cabin for fast boarding and disembarkation. The doorsills suit airstairs as well as passenger jetways.

Two baggage holds each equipped with a large access door allow simultaneous loading. The low fuselage means that baggage can be hand loaded directly from trolleys without the need for airport conveyor equipment. The very easy and fast baggage handling contributes to the 146 regularly achieving in-service turnarounds of just 12 minutes.

“The BAe 146 has been marketed under the name ‘Whisperjet’.”

One BAE 146-200 regional jetliner was supplied to PT Aviastar Mandiri on 1 December 2009 during the LIMA ’09 International Maritime and Aerospace Exhibition. The airliner will be operated on behalf of Transnusa Air Services which operates from the Denpasar Airport in Bali.

In December 2009, Titan Airways of UK leased a BAE 146-300 aircraft to meet the requirements of the UK Ministry of Defence in the Middle East. The jetliner will be deployed in Bahrain and fly between Bahrain, Oman and UAE for carrying passengers and cargo.

Aviation Capital Solutions of UK bought five BAE 146-300 regional aircraft on 30 April 2010 to operate in European and African countries. These jetliners will be based in Europe on ACMI (Aircraft, Crew, Maintenance and Insurance) contracts.

The flight deck is ergonomically designed for two crew operation with the important controls and indicators within reach and view of both pilots. A forward-facing observer seat folds and stows behind the first officer position. The aircraft is fitted with a BAE and Normalair Garrett air conditioning and air pressurisation system and the flight deck is fitted with air conditioning controls separate from those in the main cabin.

The aircraft is equipped with a Honeywell electronic flight instrumentation system, (EFIS) with a Smiths LED display. The main vertical panel in the flight deck houses the engine instruments and the systems controls and indicators are installed in the overhead panel. The Smiths SEP 10 autopilot and main navigation are set at eye level.

The first customers for the upgrade were Eurowings of Germany and Air Dolomiti of Italy.

Four turbofan engines, type ALF 502R-5 from Textron Lycoming (now Honeywell), each rated at 31kN are installed in underwing pods. The high bypass ratio fan jet results in the aircraft’s outstandingly low noise operation and gives a ground footprint for approach and take-off less than half the area than a typical twin-turboprop aircraft.

The aircraft is fitted with the large landing gear. The dual-rate shock absorbers and wide wheel track give stable handling in crosswinds and when taxiing. The tricycle-type landing gear designed by Dowty is hydraulically retractable. The twin Dunlop wheels on each unit can be fitted with optional low-pressure tyres for operation from unpaved, low bearing airstrips or from semi-prepared strips. The aircraft is fitted with multi-disc carbon brakes with brake cooling fans on the axles.

The auxiliary power unit, GTCP 36-150, supplied by Garrett-AiResearch is installed in a fireproof bay in the rear fuselage. The APU powered systems, the onboard airstairs and the waist-high baggage holds allow the 146 aircraft to be completely independent of the ground services. Only the refuelling operation requires ground equipment, i.e. step ladders. All other service points and service hatches, including the baggage hold access are accessible from ground level.

Approximately 30 BAE 146QT and QC (quick change) freighter aircraft were originally built and converted new off the production line in the mid-late 1980s. Cobham Aviation Services acquired two BAE 146-300QT (Quiet Trader) freighter in July 2010. The aircraft has a strengthened floor and a rear freight door. A safety bulkhead rated at 9g is installed immediately aft of the forward passenger and service doors. The aircraft can accommodate pallets or can be converted for the carriage of livestock, for example up to ten horses and nine grooms in a 300-QT aircraft.

In July 2007, the programme was relaunched with Aerostar of Romania responsible for the conversion. The first flight of the relaunched BAe 146QT was in June 2008. The customer, Amerer Air of Austria, cancelled the order and the aircraft is being remarketed. Conversion of a second aircraft is underway.

A BAE 146 tanker conversion was developed by Minden Air, with BAE Systems Regional Aircraft, for firefighting operations. The aircraft was test-flown for evaluation by the US Forest Service.

More than half a dozen crashes were reported in the BAE 146 category. In 1991 in Chile, a BAe 146-200A overran the runway and killed 20 of the 73 people on board, and in April 2009 an aircraft crashed at Pike Mountain, on approach to Wamena Airport in Indonesia killing six crew members on board.