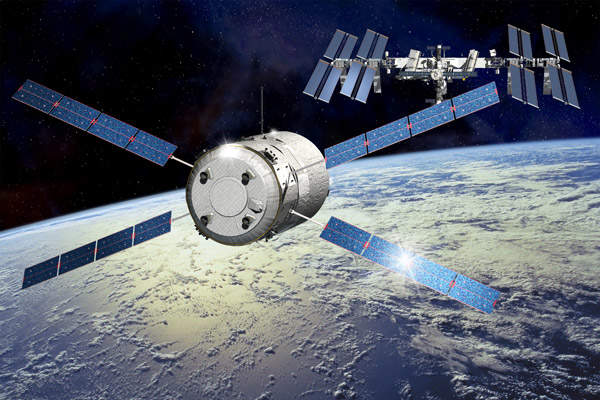 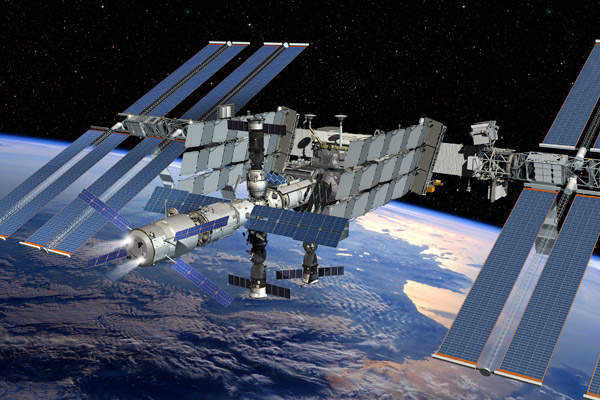 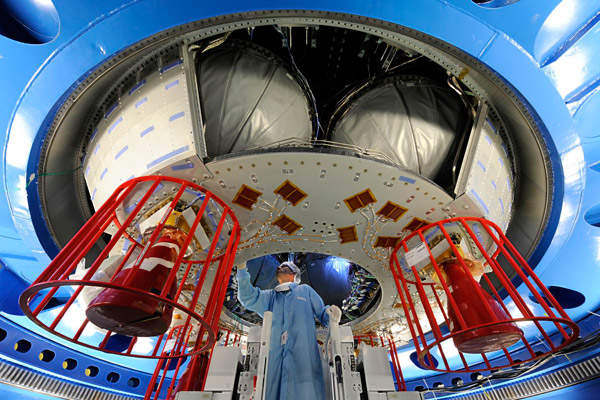 ATV-5 carried a total of 6.6t in supplies to the ISS and remained in the ISS for approximately six months. Credit: Airbus Defence and Space. 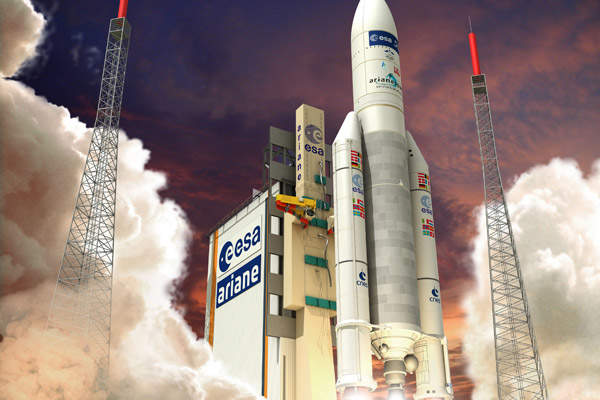 The Automated Transfer Vehicle 5 (ATV-5) is an unmanned space vehicle, which was developed by the European Space Agency (ESA) to carry cargo to the International Space Station (ISS). In February 2012, the vehicle was named after Georges Lemaître, a famous Belgian physicist. The ATV-5 was launched atop Ariane 5 from Korou spaceport in French Guiana on 29 July 2014. The vehicle reached the ISS on 12 August 2014.

ATV-5 is the fifth and the last in the series of ATV vehicles intended to supply cargo to the ISS. The previous four ATV missions in the series were the ATV-1, ATV-2, ATV-3 and ATV-4, which successfully completed voyages to the ISS in 2008, 2011, 2012 and 2013 respectively.

The ATV-5 vehicle had a length of 9.8m, a diameter of 4.5m, a total vehicle mass of 12,039kg and an overall weight of 20.3 tonnes. It included four X-wing shaped solar arrays with a span of 22.3m. It could navigate itself and dock automatically.

“In February 2012, the vehicle was named after Georges Lemaître, a famous Belgian physicist.”

The vehicle was equipped with a metal shield to protect the critical hardware. The main payload of the vehicle contained approximately three tonnes of fuel.

The ATV-5 remained in the ISS for approximately six months and returned to Earth on 15 February 2015 by carrying up to six tonnes of station waste from the ISS. The return flight started with a thruster burn, which pushed the vehicle back from the ISS. The vehicle re-entered over a remote part of the South Pacific Ocean to burn-up harmlessly.

The ATV-5 vehicle carried 6.6 tonnes of supplies, including three water tanks with 850l of water and 2,680kg of dry cargo, which comprised 1,232 individual goods such as food, clothes and research equipment. The supplies were packed in a total of 154 bags. It carried approximately 50kg in coffee, orange and mango juice, bread pudding, cheese noodles, socks, T-shirts and dental floss.

Onboard instruments in ATV-5

The ATV-5 was equipped with laser infrared-imaging sensors (LIRIS) demonstrator, which was developed by Airbus Defence and Space. The LIRIS demonstrator comprised two main components, including the infrared camera and light detection and ranging (LIDAR), which were provided by Sodern and Jena-Optronik respectively.

The LIRIS sensors were used to evaluate the results compared with the traditional guidance navigation and control system on ATVs.

Details of the ATV-5 launcher

The ATV-5 vehicle was carried aboard Ariane 5’s ES version designated as flight VA219. The launcher was developed, built and customised by Airbus Defence and Space. The launcher has a height of 50.5m, a diameter of 5.4m and a lift-off mass of 760t. It has a 19.8t payload mass after lift-off. The launcher drove the vehicle into a circular orbit at an altitude of 260km and a speed of 7,600m/s.

The launcher components include EPC with the Vulcain 2 engine, both solid propellant boosters and the upper-stage EPS with the Aestus engine.

The ATV-5 was controlled and monitored from ATV control station situated at the Toulouse space centre. The control centre included a 60 member team, which monitored the vessel’s approach to the International Space Station and controlled undocking of the ATV-5 after the mission. It could transmit up to 35,000 telemetry parameters and worked in coordination with mission control centres located in Houston and Moscow.