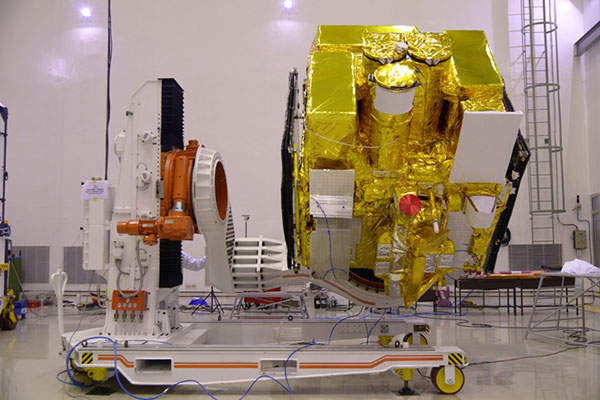 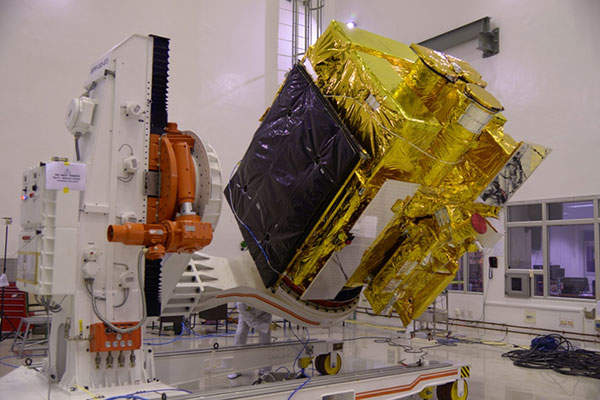 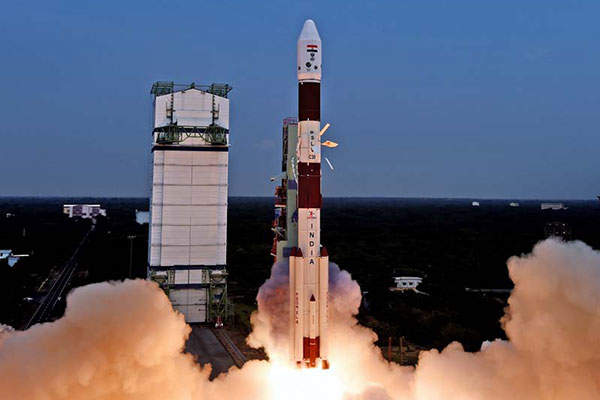 Astrosat was launched form the first launch pad of the Satish Dhawan Space Centre in Sriharikota, in September 2015. Credit: ISRO.

Astrosat is a multi-wavelength space observatory launched aboard the PSLV-C30 on 28 September 2015 from the Satish Dhawan Space Centre (SHAR), Sriharikota, India.

The mission is intended to perform multi-wavelength observations encompassing spectral bands from radio, optical, infrared (IR), ultraviolet (UV), X-ray and gamma ray regions for the study of a variety of astronomical objects.

The satellite was placed into 650km orbit, inclined at an angle of 6° to the equator.

Design and development of Astrosat

The Astrosat was designed and manufactured by the Indian Space Research Organisation (ISRO). The development was completed with assistance from the Inter University Centre for Astronomy and Astrophysics (IUCAA) of Pune, Tata Institute of Fundamental Research (TIFR) of Mumbai, Indian Institute of Astrophysics (IIAP) and Raman Research Institute (RRI) of Bangalore, Universities in India and two institutions from Canada and the UK.

Astrosat is cuboidal in shape and has dimensions of 1.96m x 1.75m x 1.30m. The satellite has a lift-off mass of 1,513kg and dry mass of 1,470kg. It includes two solar arrays made of triple-junction solar cells, which can generate 2,110W of power. It also includes two lithium-ion batteries, each with 36Ah capacity. The satellite has a designed mission life of five years.

Astrosat will observe the universe in the optical, ultra-violet, low- and high-energy X-ray regions of the electromagnetic spectrum, with participation from major astronomy institutions and universities in India. It will also contribute to co-ordinated observations performed using other spacecraft and ground-based observations.

The spacecraft will discover new, briefly bright X-ray sources in the sky and conduct a limited deep-field survey of the universe in the ultraviolet region.

Instruments on board Astrosat

Astrosat is fitted with five astronomy payloads, which will be used for the investigation of astrophysical processes occurring in the various types of astronomical objects in the universe.

The large area X-ray proportional counter (LAXPC) aboard the spacecraft is designed to study the variations in the emission of X-rays from sources including X-ray binaries, active galactic nuclei and other cosmic sources.

The soft X-ray telescope (SXT) is a focusing X-ray telescope fitted with a charge-coupled device (CCD) imaging camera. The SXT studies the position, time and energy of each identified X-ray photon in the energy range between 0.3keV and 8keV.

The cadmium zinc telluride imager (CZTI) is fitted with a hard X-ray coded mask camera that functions in the X-ray region and extends the capability of the satellite to sense X-rays of high energy in the 10keV-100keV range.

The onboard scanning sky monitor (SSM) is designed to monitor highly-variable X-ray sources in the sky. It can also perform the detection and location of sources that become bright in X-rays for a short duration of time.

“The spacecraft will discover new, briefly bright X-ray sources in the sky and conduct a limited deep-field survey of the universe in the ultraviolet region.”

Astrosat was launched aboard Polar Satellite Launch Vehicle (PSLV) C30 along with six other satellites, including LAPAN-A2 of Indonesia, NLS-14 of Canada and four identical LEMUR satellites of the US.

The launch vehicle lifted-off with a mass of 320.2t and a total payload weight of 1,631kg. Astrosat’s launch was completed in four stages. The spacecraft was separated from the fourth stage of PSLV-C30 and was placed in orbit 22 minutes after the lift-off.

Astrosat was launched from the first launch pad at SHAR.

The ISRO Telemetry, Tracking and Command Network (ISTRAC) in Byalalu near Bengaluru will manage the satellite during its mission life.