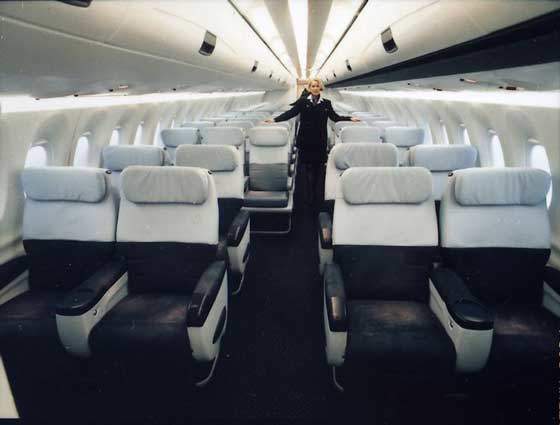 Interior of the Fairchild Dornier 728 which has a capacity of 70-75 seats. 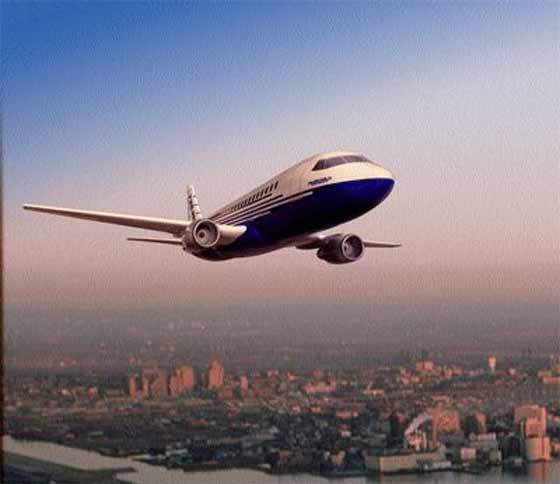 Artist's impression of the Fairchild Dornier 728 aircraft in flight. 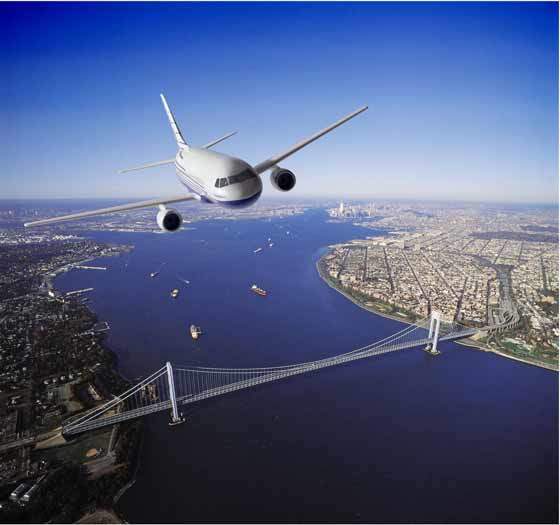 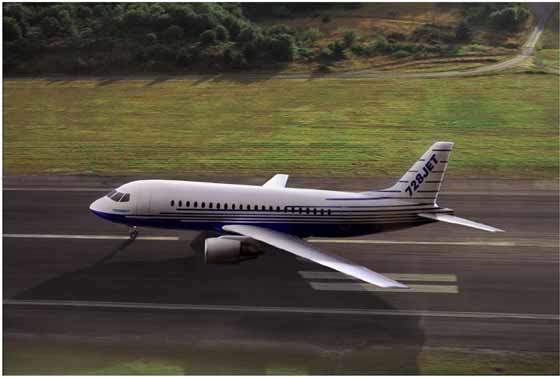 Fairchild Dornier 728 on the runway. 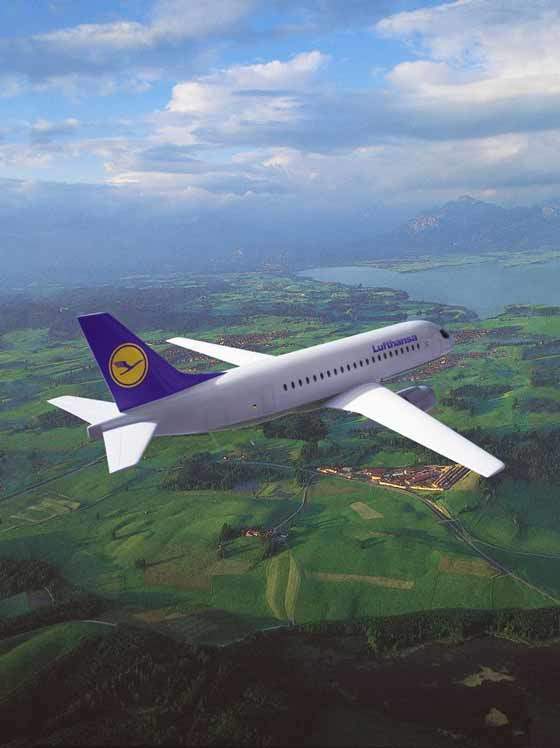 Lufthansa Cityline was to be the launch customer for the 728 but cancelled an order for 60 jets plus 60 options in July 2002. 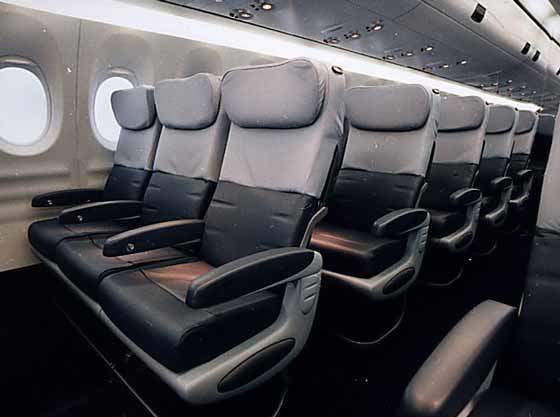 Interior of Fairchild Dornier 728, designed for both passenger and corporate use.

The Fairchild Dornier 728JET family was launched during the International Aviation and Space Flight Exhibition in Berlin in May 1998. The regional jet family was later renamed the 728. In March 2002, Fairchild Dornier was taken into administration and the future of aircraft looked uncertain. In July 2003, it was announced that the D’Long International Strategic Investment Group of Xinjiang, China had bought the 728 programme. D’Long was planning to relaunch the 70-seat regional jet as a joint German/Chinese development. The new company was named Fairchild Dornier Aeroindustries and it was planned to deliver the first relaunched 728 in 2006. This attempt to resurrect the programme has also failed as the new company filed for insolvency in 2004.

Lufthansa cancelled an order for 60 728 jets plus options on a further 60 aircraft in July 2002. GE Capital Aviation Services, Inc. (GECAS) placed an order for up to 150 728 regional jets but cancelled the order (50 firm and up to 100 options) in April 2002. Other customers included Bavaria Leasing, CSA Czech Airlines and SolAir.

Fairchild Dornier Corporation was formed in June 1996 when Fairchild Aircraft of San Antonio, Texas, USA acquired Dornier Luftfahrt GmbH of Oberpfaffenhofen, near Munich, Germany. In December 1999, the Investor group led by Clayton, Dubilier & Rice and Allianz Capital Partners became majority owners and provided financing for the development of the Fairchild Dornier line of regional jets, which also included the 32-seat 328JET airliner. The 328JET programme was acquired by AvCraft Aviation following Fairchild Dornier’s insolvency. Final assembly of the 728 family was to be at Fairchild Aerospace’s Oberpfaffenhofen facility in Germany.

Original suppliers included: Fairchild Dornier to manufacture the fuselage; EADS Casa of Spain for manufacture of the aircraft’s wing/wing box assembly and empennage, including control surfaces and engine pylons; SABCA of Belgium for the cockpit and rear fuselage sections; and EADS for the vertical and horizontal stabilisers. The windscreen frame was produced by SABCA from a three-piece aluminium forging for a stronger yet less complex structure.

The avionics suite is the Honeywell Primus EPIC system with six 8in x 10in LCD flight situational displays and multi-function displays. As well as Honeywell, Hamilton Sundstrand and Parker are providing flight control systems.

With doors front and aft and no requirement for over-wing exits, the interior provides considerable flexibility for 70 – 85 seat cabin layouts. The 728 cabin can provide comfortable seating for a five-across coach arrangement or four-across business class. The large cabin is 10ft 8in wide and 7ft 2in high.

The main landing gear is produced by Goodrich as well as the wheels, tires, brakes, hydraulic system, brake control system and nose wheel steering system, used throughout the 728 family.